The double-line bypass valve (Fig. 1) is designed to control one actuator (spring energy accumulator) through one of two independent circuits of choice 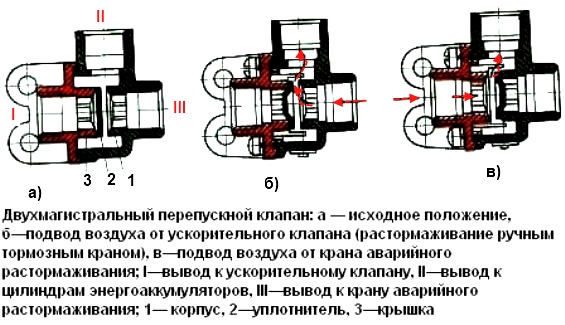 When the car is released by a manual brake valve (Fig. 1. b), compressed air from the parking brake reservoir is supplied through the accelerating valve to terminal I, pressing the seal 2 to the cover seat 3, and then through terminal II enters the cylinders of spring energy accumulators.

When the car is released by the emergency release valve (Fig. 1. c), compressed air is supplied to terminal III and seal 2 is pressed against the seat in housing 1.

The vehicle is braked by releasing compressed air from the spring energy accumulators, while the seal 2 remains pressed against the seat and the air passes freely through port II to port I or III.

When compressed air is simultaneously supplied to terminals I and III, seal 2 can take up a neutral position. 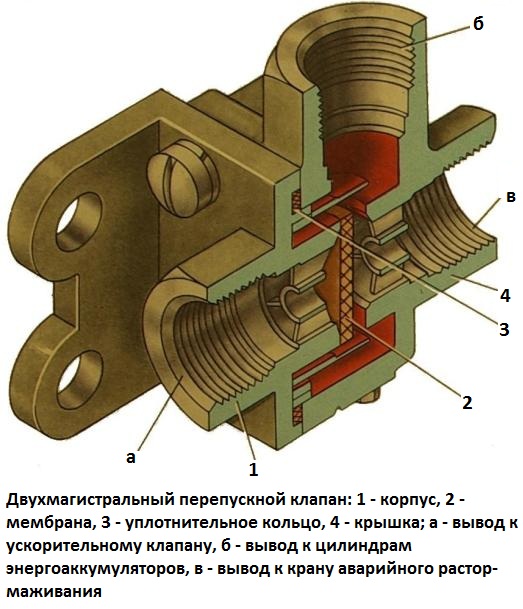 Repair of a two-way bypass valve

Disconnect the cover and the valve body, take out the ring 3 and the seal 2

We wash the valve parts in diesel fuel, blow it with compressed air and check the technical condition

We test the valve for performance and tightness 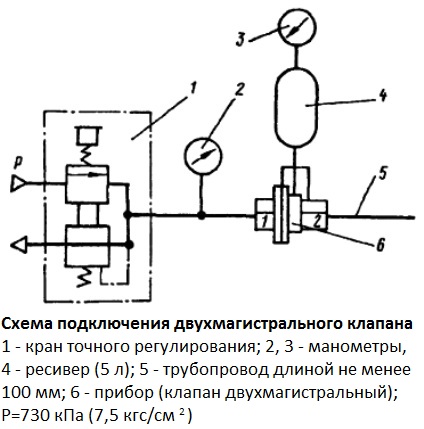 Connect device 6 according to the diagram, swapping pins 1 and 2, repeat the test.