Analysis of schemes of lighting systems, light and sound alarms allows us to draw the following conclusions: - schemes have common and private branches;

Based on these features, we choose the following troubleshooting technique:

The most typical and common malfunctions of the outdoor lighting system (see Fig. 1) include: 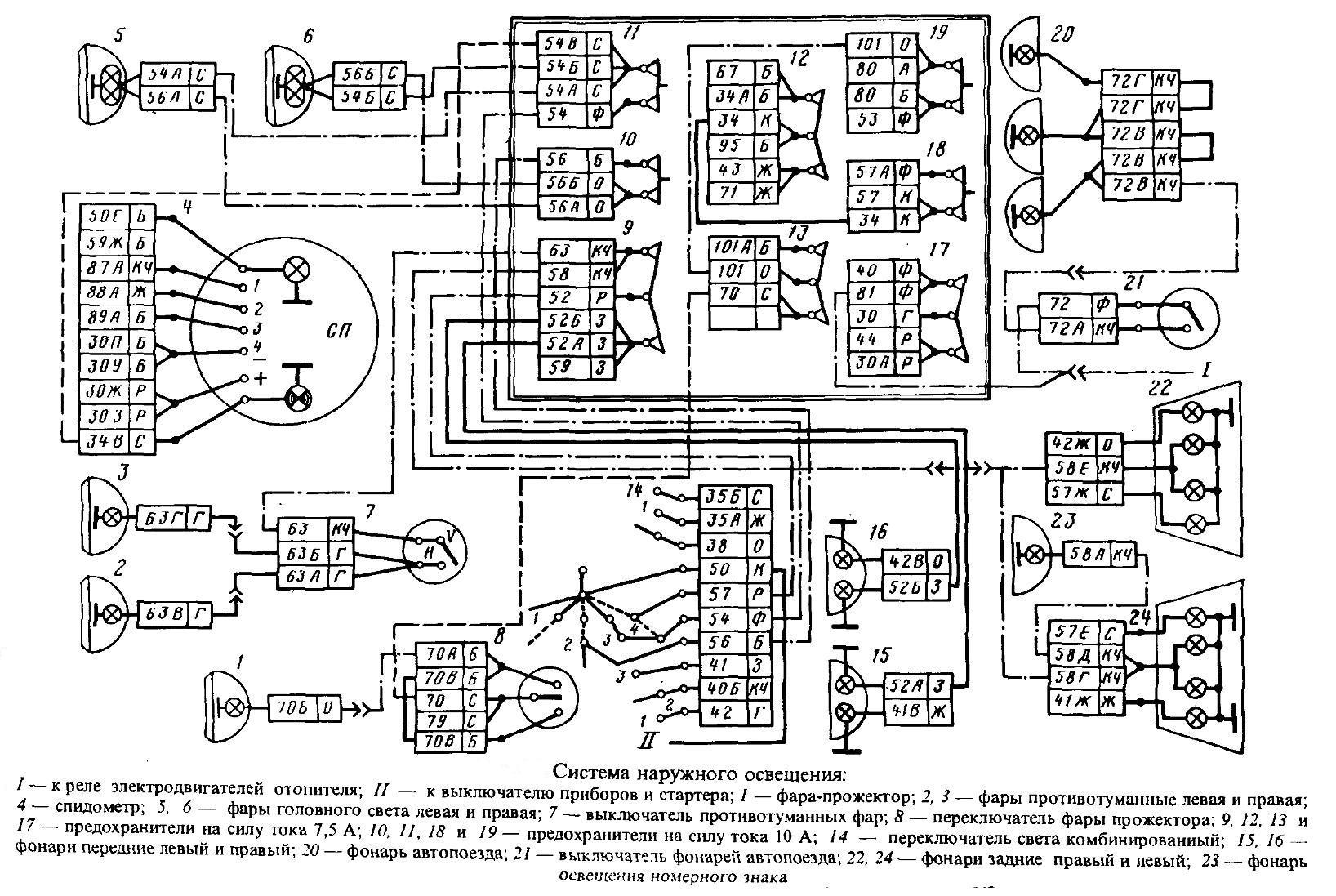 - one of the lamps is off. Suppose the high beam of the right headlight is off.

According to the accepted methodology, we set which receivers are off.

After making sure that all other lamps are on, we proceed to the second step, i.e. we localize the faulty circuit.

The main branch for high beam headlights is the section from the power source to fuse 11.

Since the left headlight is on, it means that the general circuit is working, only the section from the fuse to headlight 6 (the wire and the lamp thread) is faulty. We do the same in case of a malfunction of the left headlight, parking lights, etc.;

- several lamps are not lit, for example, the main beam of both headlights is not lit.

We act similarly to the previous example.

We check the health of all other receivers of the outdoor lighting system and make sure that they are on.

According to the scheme, we localize the site. The common area will be from the power source to the combined switch 14 (pin 54).

Since all other circuits are working, the section is subject to analysis: terminal 54 - switch 14 - fuse 11.

Since we assume that there is only one fault in the circuit, the circuits from the fuse are OK.

Less time is required when checking the fuse. To do this, just click on its button. If the light appeared, the fuse is faulty, if not, the wire or terminals are faulty.