The power system consists of a fuel tank, fuel lines, a fuel pump, a sediment filter, a fine fuel filter, a carburetor with a throttle and air damper drive, an air filter 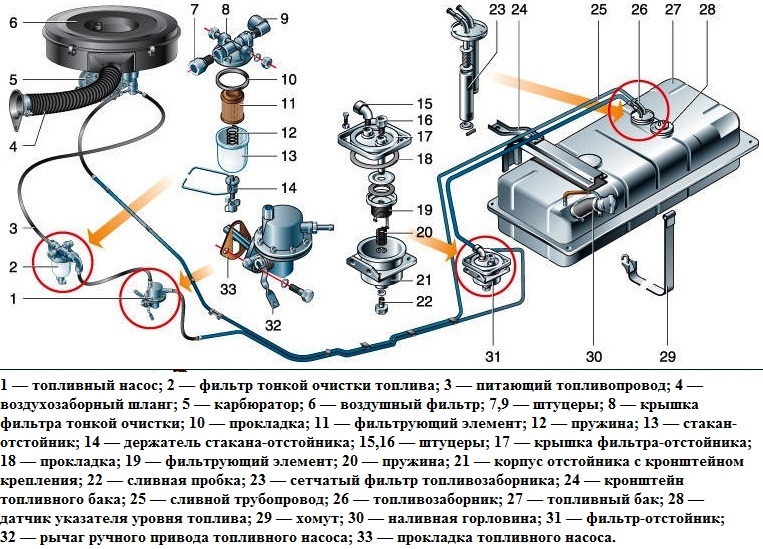 Fuel tank - metal, filling capacity of 70 l, located on the left side of the frame side member. 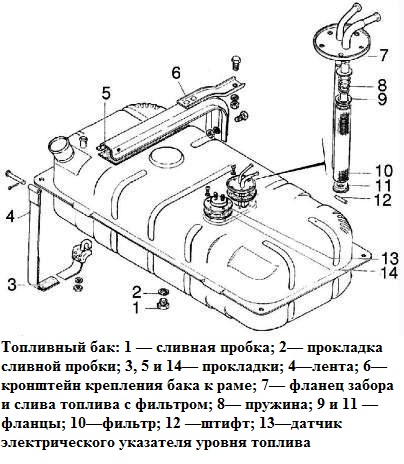 The tank is attached to the side member using brackets, tie-down bands and hooks.

Carton spacers are installed between the brackets, tapes and the tank.

At the top of the tank there is a fuel intake, consisting of a tube and a filter in the form of a brass mesh, as well as an electric fuel gauge sensor.

There is a drain plug at the bottom of the tank.

Air filter - dry type, with a replaceable filter element made of porous cardboard, mounted on the carburetor through a rubber gasket. 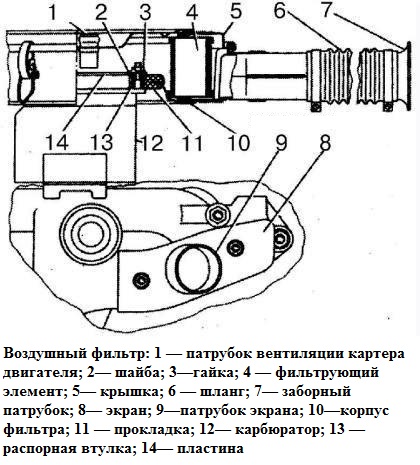 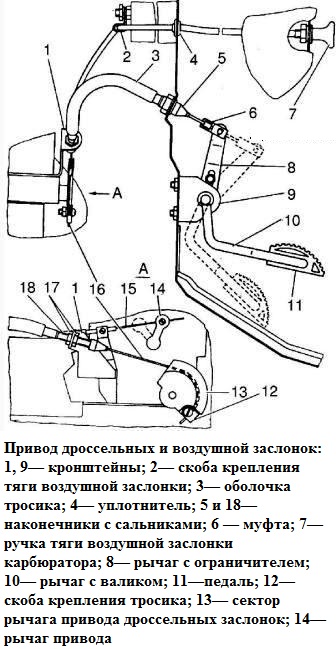 B-9V fuel pump is a diaphragm type, driven by an eccentric located on the engine camshaft. 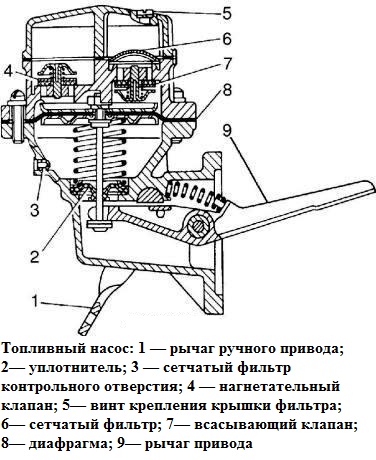 The fuel pump consists of prefabricated housing units with a diaphragm 8 and a drive lever 9, a head with valves 4 and 7 and a cover. a diaphragm of four petals made of varnished fabric is clamped between the body and the pump head.

The diaphragm rod is sealed with a rubber seal 2.

The valve consists of a yoke made of zinc alloy, a rubber valve and a brass connecting rod, pressed by a spring (made of bronze wire).

A filter 6 made of fine brass mesh is installed above the suction valves of the pump.

To fill the carburetor with fuel when the engine is not running, the pump has a device for manual drive. to control the tightness of the diaphragm in the pump housing there is a hole with a strainer 3. 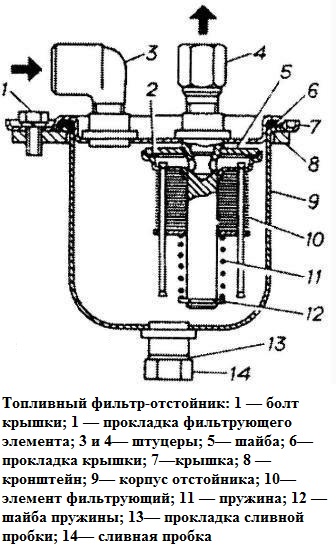 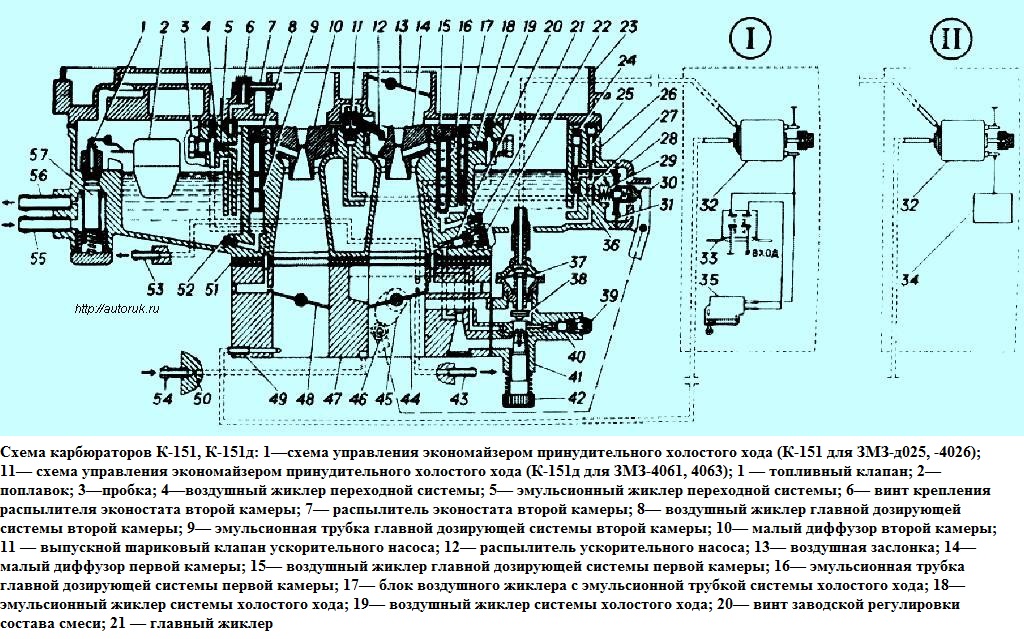 Upper part - carburetor cover includes an air pipe, divided into two channels, with an air damper in the channel of the first chamber.

The middle part consists of a float and two mixing chambers and is the carburetor body.

The lower part - the throttle body includes mixing pipes with throttle valves of the first and second chambers of the carburetor.

Structurally, the carburetor consists of two mixing chambers - the first and second.

Each of the carburetor chambers has its own main dosing system.

In the second chamber of the carburetor there is a transitional system powered by fuel directly from the float chamber, which comes into operation at the moment the throttle is opened The lons of the second chamber.

The accelerator pump is a diaphragm type. to enrich the combustible mixture at full load, an econostat is provided in the second chamber.

When the pedal is released -1 accelerator and the engine speed is more than 1400, the control unit does not apply voltage to the solenoid valve, as a result of which atmospheric air enters the forced idle economizer through the channels of the solenoid valve, the valve of which closes the idle channel.

To check the solenoid valve and the microswitch, it is necessary to disconnect the electrical connector of the control unit, turn on the ignition (do not start the engine!) And the engine compartment with one hand to smoothly open and close the carburetor throttle several times, and hold the solenoid valve with the other. 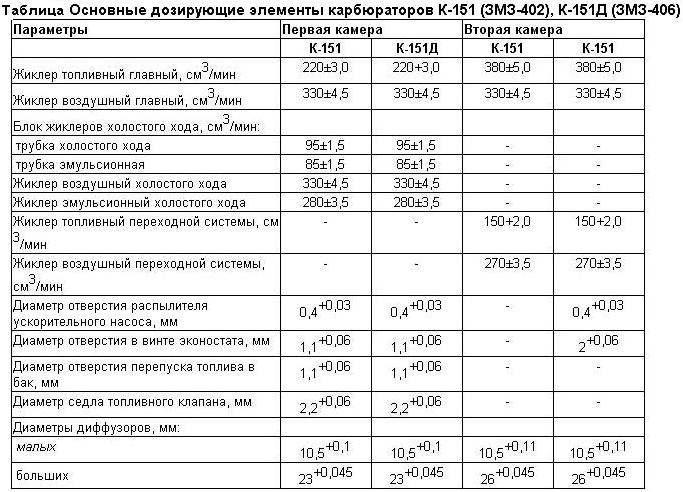