How to remove the clutch discs of a Gazelle car

Removing the master and driven clutch plates of a car with an engine of the ZMZ-405, ZMZ-406 model

We mark the mutual position of the casing and the flywheel with a core. 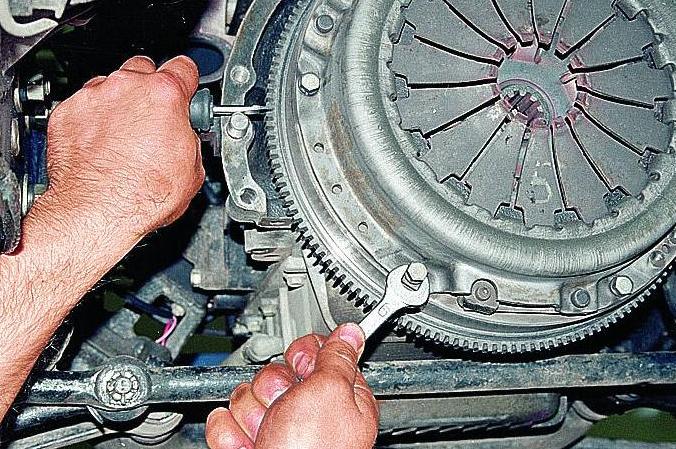 Keeping the flywheel from turning with a screwdriver or mounting spatula, wrench or 12 head, unscrew 6 bolts

Remove the drive disk assembly (basket) and the driven disk

After disassembly, the clutch parts should be washed in kerosene and inspected.

Cracks, scuffs and deep grooves are not allowed on the surface of the drive discs.

If available, replace the flywheel and basket assembly.

We replace the driven disk with worn to rivets, warped, cracked, oiled and burnt linings.

The protrusion of the ends of the diaphragm spring petals is controlled using a spacer.

When moving the ends of the petals down by 8.5 mm, the pressure plate must move at least 1.3 mm, otherwise we change the drive disk (basket) assembly.

Any cracks and breaks are not allowed on the crankcase.

When assembling, we cover the rubbing surfaces of the fork, coupling, pushers and shaft splines with SHRUS-4 grease.

Install disks in the following order 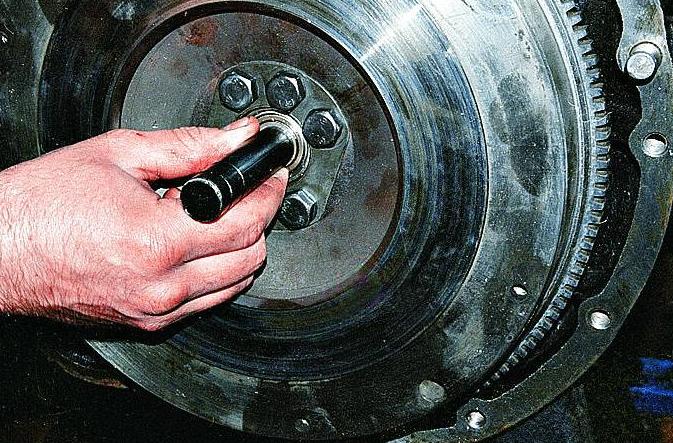 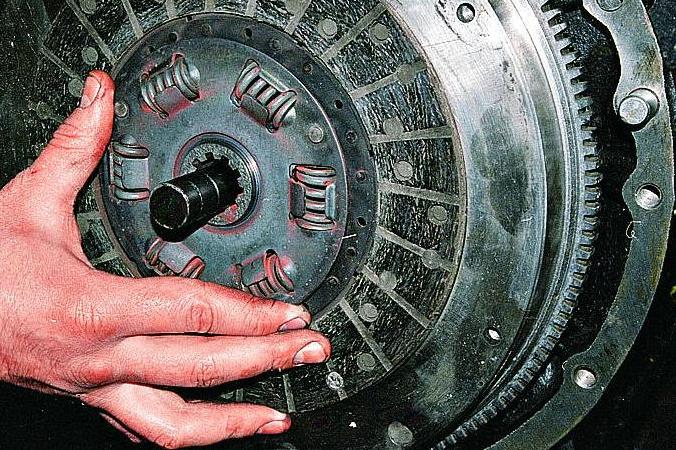 Insert the centering mandrel into the engine flywheel bearing.

We put a slave disk on it.

One side of the disc hub protrudes less than the other. This side should face the flywheel. 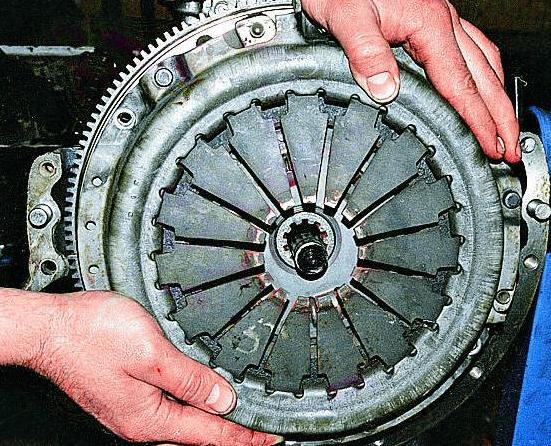 We attach the basket to the flywheel and fasten it with 6 bolts (the holes coincide only in one position).

After tightening the bolts, remove the mandrel

We carry out work on a viewing ditch. 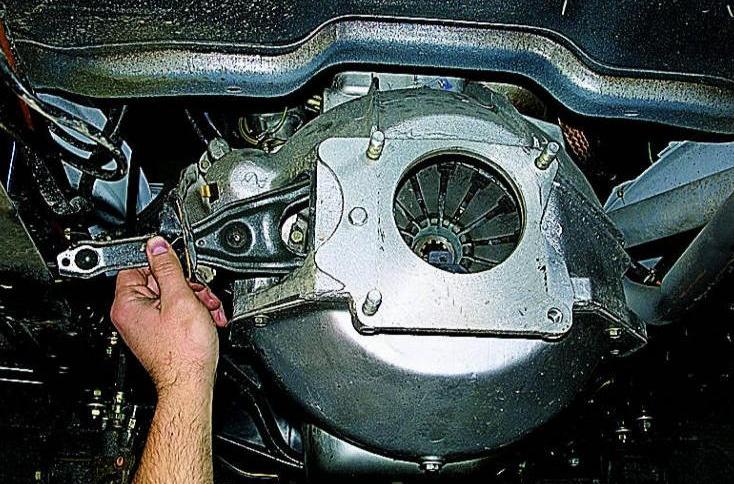 Use the “10” key to unscrew the fastening bolt

Remove the clutch release fork along with the protective cover. 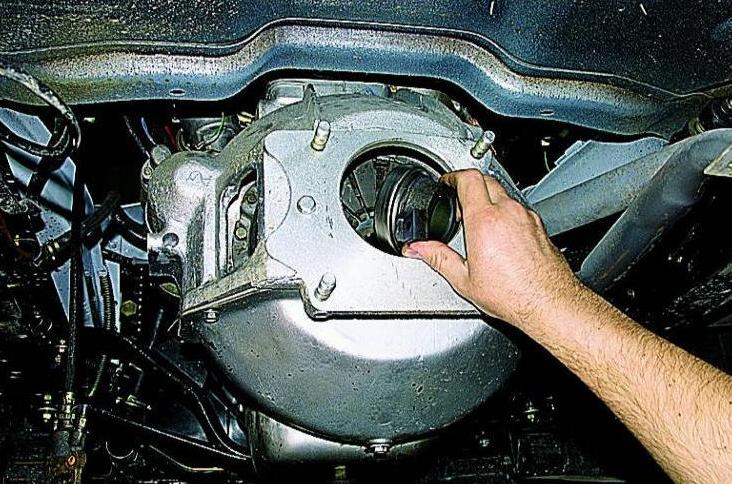 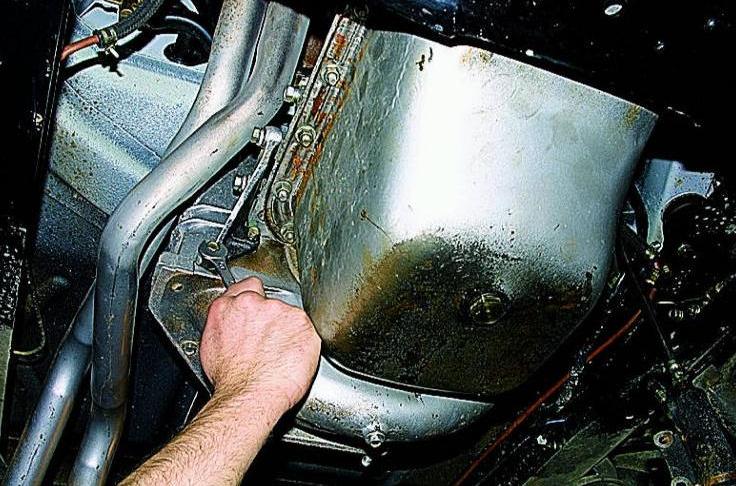 Using the “12” key, we unscrew the two lower bolts 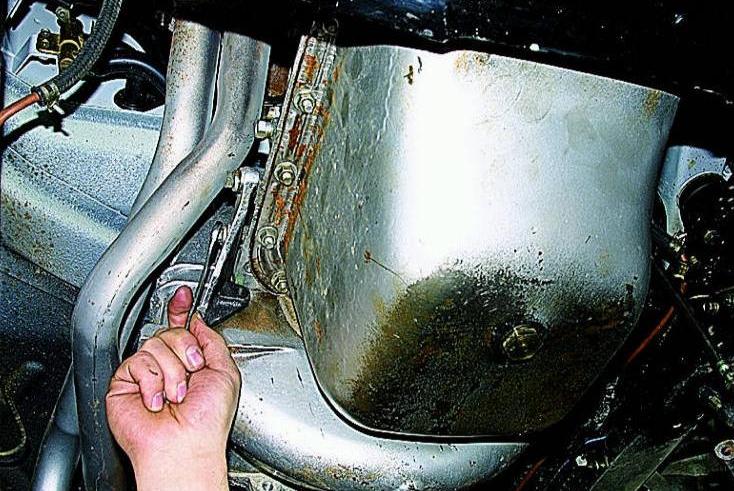 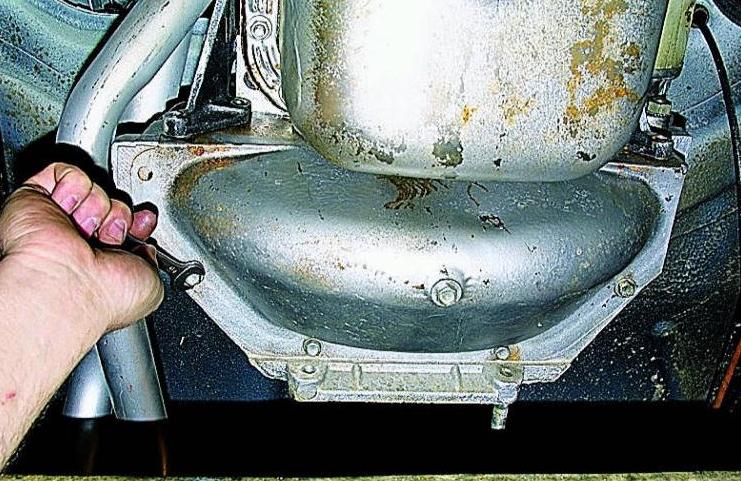 Use the “14” key to loosen the two upper bolts of the clutch booster.

Similarly, we loosen the amplifier mount on the other side of the engine.

Using the “12” key, we unscrew the four bolts securing the lower part of the clutch housing 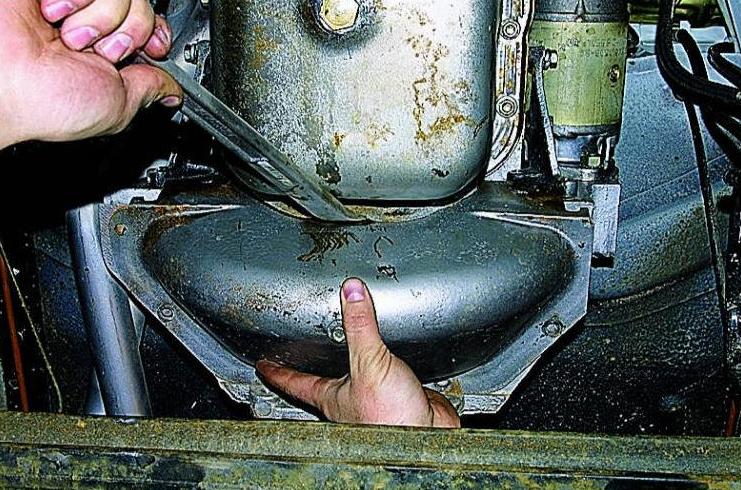 Squeezing with a mounting spatula, remove the lower part.

A cardboard gasket is installed between the sump and the crankcase. 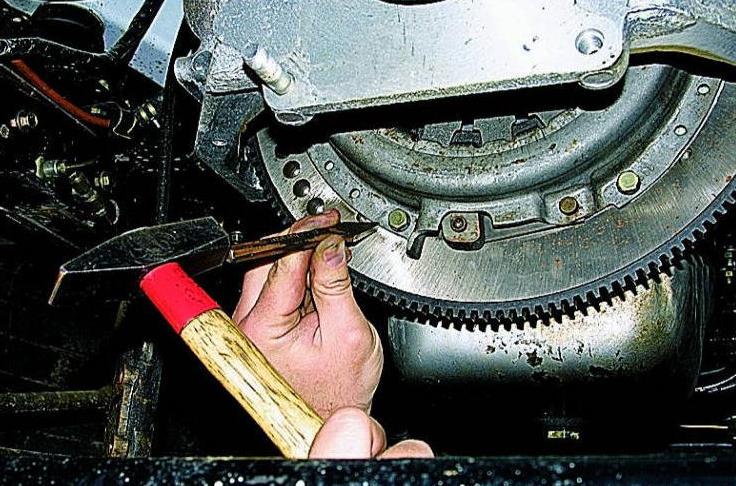 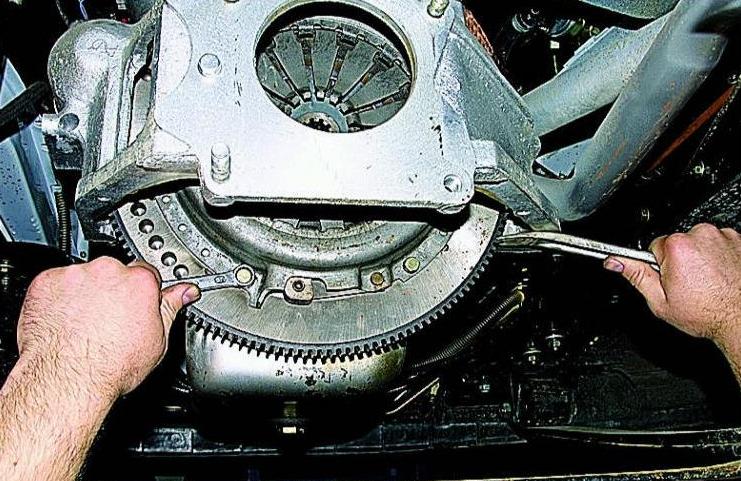 In order not to disturb the joint balance of the flywheel and the clutch drive disc when assembling the assembly, we mark their relative position with a chisel or center punch

Keeping the flywheel from turning with a mounting blade, use the “12” key to unscrew the six bolts securing the “basket” to the flywheel. 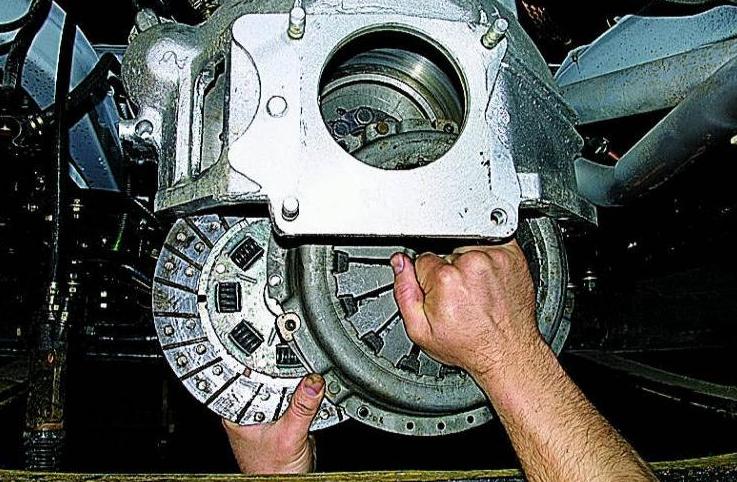 Semicircular plates are installed between them.

To facilitate access to the bolts, periodically turn the flywheel.

Remove the "basket" and clutch disc 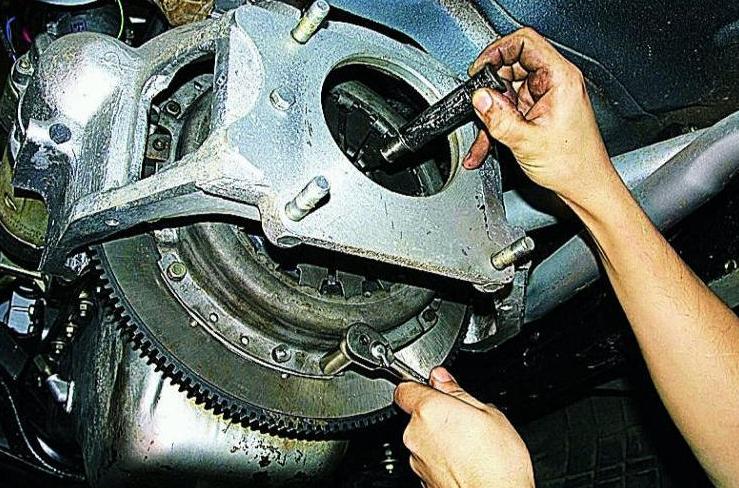 We install the clutch parts in reverse order, centering the clutch disc with a special mandrel

In the absence of a mandrel, the clutch disc can be centered using the input shaft of the gearbox.

To do this, when installing the "basket" of the clutch, we only bait the bolts of its fastening, leaving the driven disk free to move.

Having installed the box and tightened its fastening nuts, we turn the flywheel, evenly tightening the “basket” fastening bolts.