Hitch designed for towing trailers, double-acting, allows you to mitigate the axial shocks that occur during movement in both directions

The hook-and-loop hitch of the KAMAZ-5320 vehicle (Fig. 1) consists of a hook 16, the shank of which passes through a hole in the rear cross member of the frame.

The stem of the towing hook is inserted into a massive cylindrical body 2, on the one hand closed with a protective cap 1, and on the other - with a cover 20 of the body.

Rubber elastic buffer 5 is located between flanges 21 and 22, with the help of which the necessary preload of the rubber buffer is created, softening shock loads when starting a car with a trailer, as well as when driving on uneven roads.

At the finger 18, a hook latch 15 is installed, locked by a pawl 10, which eliminates the possibility of the trailer tongue disengaging from the hook. 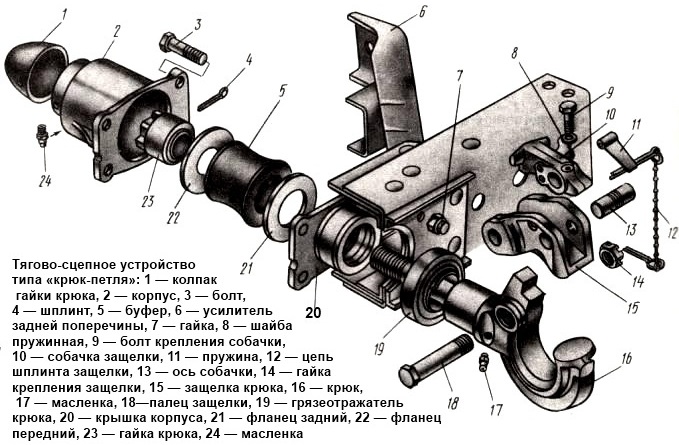 The towing device of the KAMAZ-53212 vehicle is automatic, of the kingpin-loop type, which provides backlash-free coupling of the tractor with the trailer.

It consists of a V-shaped catcher 1 (fig.), on which an actuator with a self-release fuse 4 is fixed. 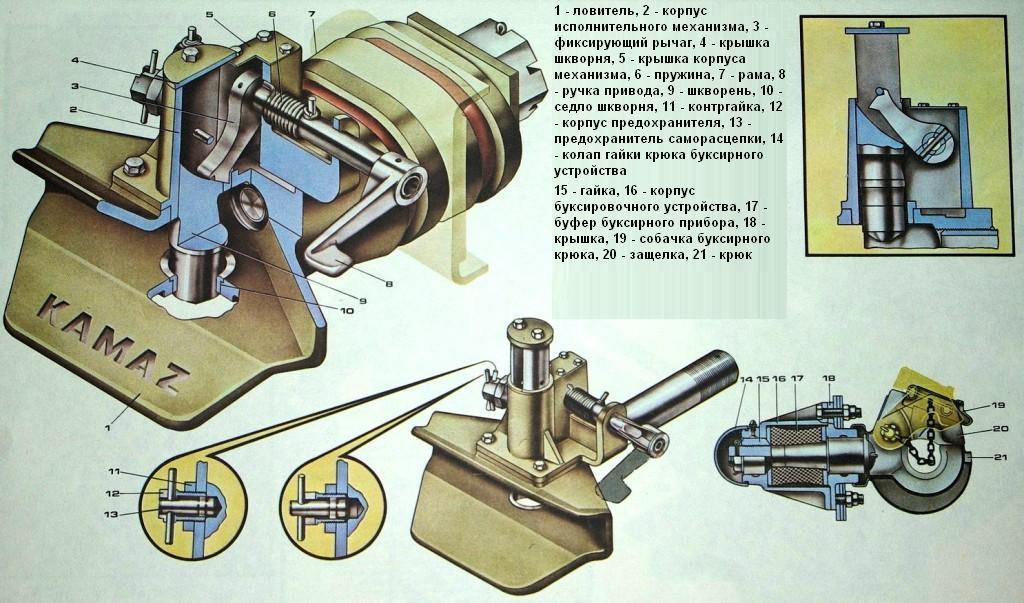 The actuator is a housing 2, in the guide cavity of which the kingpin 10 moves.

The kingpin in the upper position is fixed by lever 3, fixed on the axle, on which the handle 9 and two coil springs 5 ​​are also fixed.

On the rear cross member of the frame 8, the device is fixed with a nut 7.

Rubber buffers 6 are installed on both sides of the frame cross member, providing double-sided shock absorption.

To hitch a car with a trailer, you need to do the following:

At the same time, it will hit the lower conical surface of the kingpin, from the impact the kingpin should go down to the stop, and the self-release fuse should enter the kingpin socket.

It is designed for towing a semi-trailer with a truck tractor, provides semi-automatic coupling and uncoupling of a tractor with a semi-trailer. 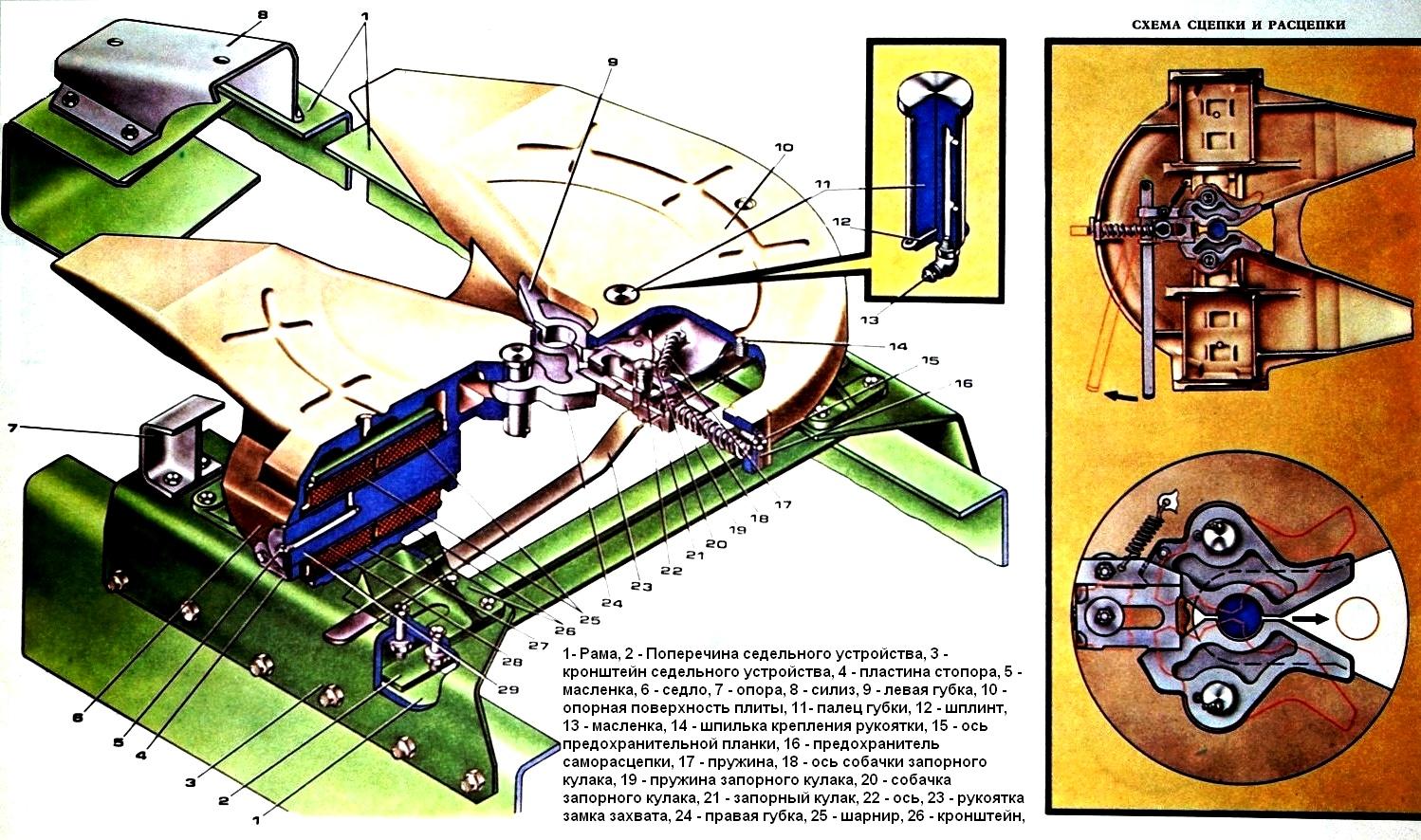 The fifth wheel is mounted on brackets 3 (Fig. 3) of the hitch, which are bolted to the vehicle frame.

Two saddle brackets 26 with rubber-metal hinges are fixed on these brackets.

The saddle is mounted on brackets using two axles 29, which are protected from axial movement by locking plates 4, fixed with bolts.

The saddle rotates freely in the hinges of the brackets, which ensures its longitudinal inclination.

Rubber-metal hinges can significantly reduce the dynamic loads transmitted by the semi-trailer to the frame of the tractor, and also provide some transverse inclination of the saddle.

The coupling mechanism is located under the base plate 10 of the saddle. The locking fist has two positions: back - the jaws are closed, front - the jaws are open.

The stem of the locking fist 21 is kept from accidentally moving to the forward position by the self-release fuse 16.

After the preliminary rotation of the self-release fuse, the fist is retracted to the forward position by the handle 23 of the release control and fixed in this position by the pawl 20.

When the coupling kingpin is inserted into the mouth of the jaws (the fist is fixed with a latch in the cocked position), the latter open and the fist 21, released from fixation by the latch, moves against the back of the head of the jaws.

With further movement of the king pin, the fist enters the groove of the jaws under the action of the spring 19 and thus ensures their reliable unlocking.