The pressure reducing valve (fuel pressure regulator) is a container divided by a diaphragm, on which a valve is fixed, which closes the fuel drain hole under the action of a spring.

When the pressure drop in the receiver is not higher than 0.3 MPa, the valve is closed, and the pressure in the supply system rises.

When the fuel pressure reaches more than 0.3 MPa, the membrane flexes, opening the hole, and excess fuel drains into the fuel tank. 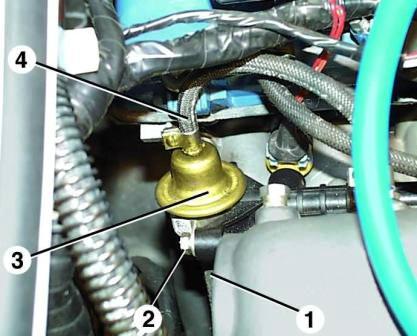 Relieve fuel pressure, for this: 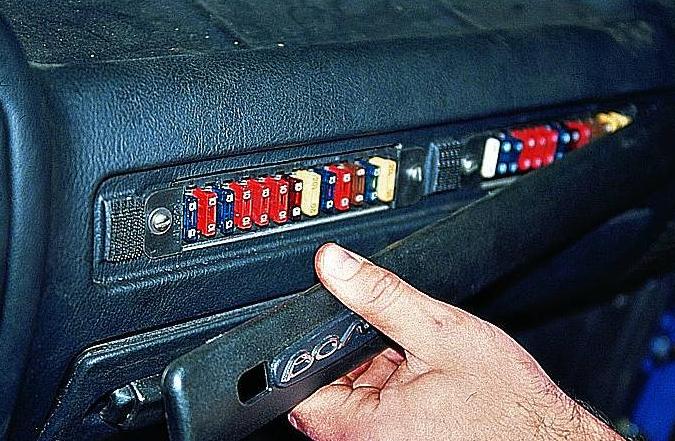 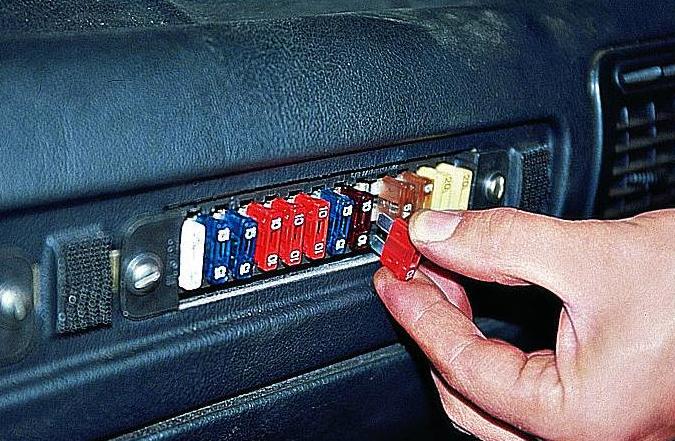 With the ignition off, remove the cover of the fuse box and remove the fuel pump fuse F9.

We start the engine and let it work out the gasoline that is under pressure in the system.

After the engine stalls, turn off the ignition and replace the fuse.

Remove the fuel rail, for this: 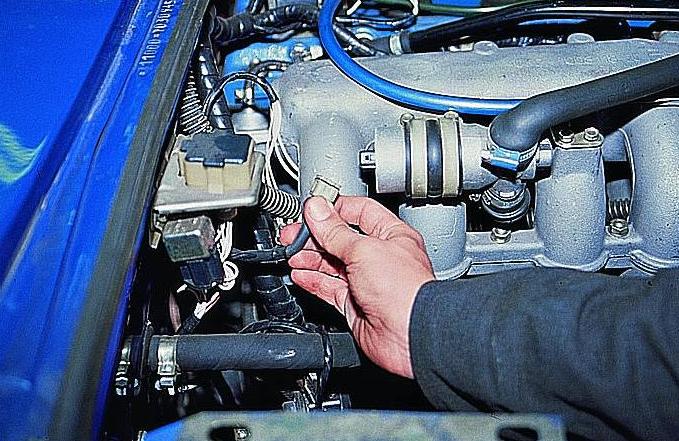 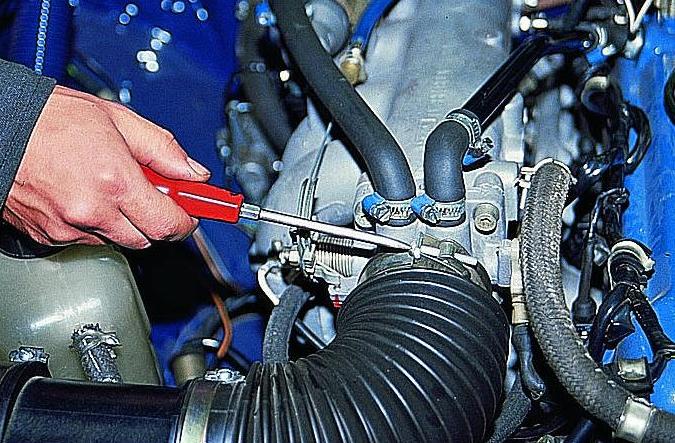 Using a screwdriver, we loosen the clamp of the air supply hose to the throttle body 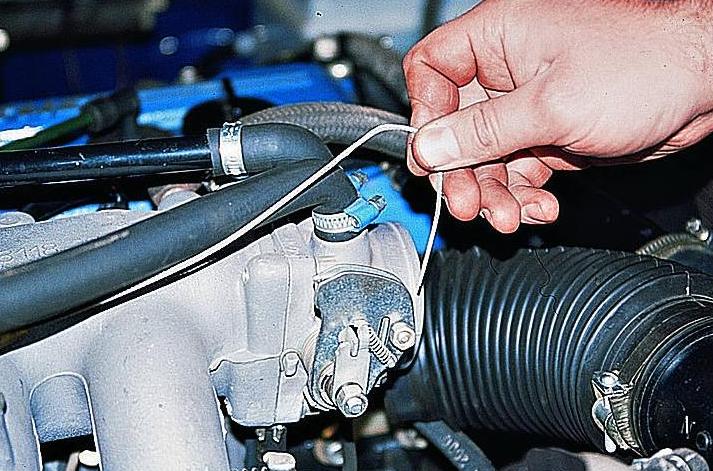 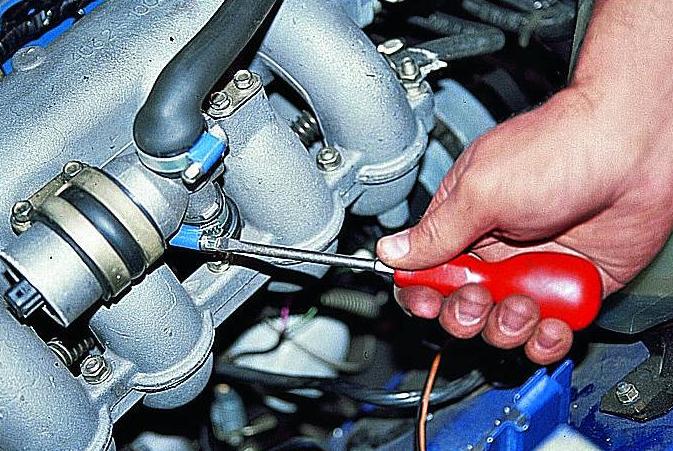 Use a screwdriver to loosen the clamp of the lower (outlet) hose of the idle speed regulator. 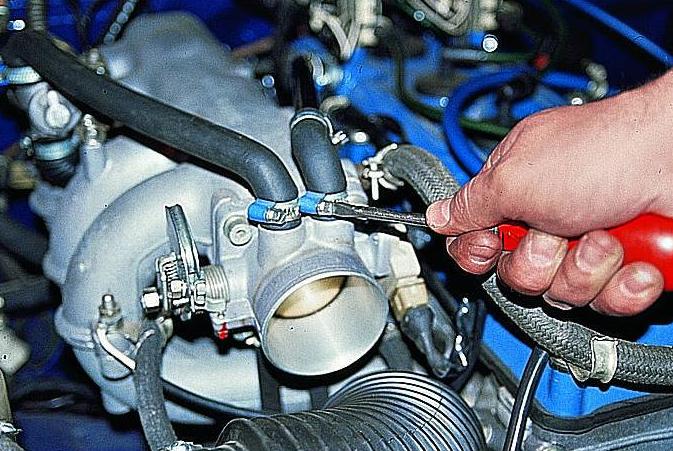 Using a screwdriver, loosening the clamp, remove the hose of the crankcase ventilation system. 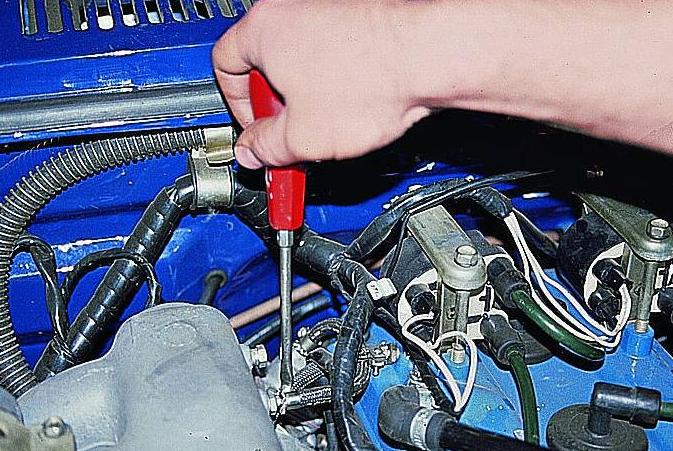 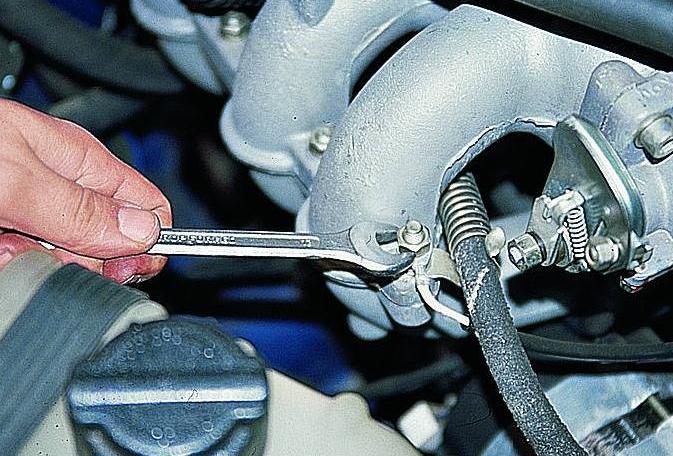 Using a 13 key, we unscrew the nut that secures the tip of the “ground” wire to the first stud of the intake manifold. 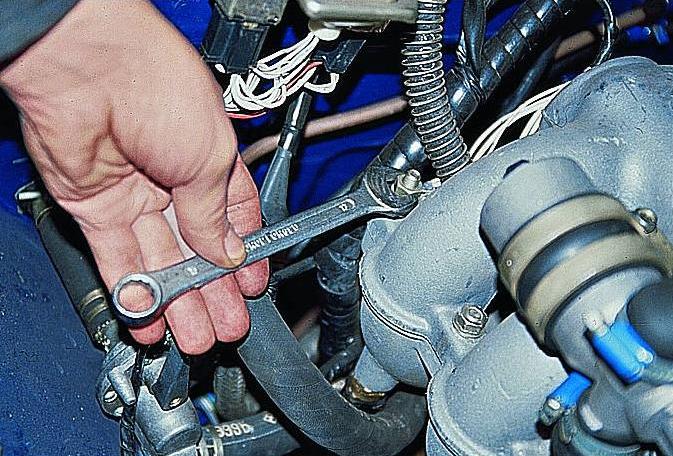 Similarly, disconnect the wire from the last intake manifold stud.

Then, having unscrewed the remaining nuts of the intake manifold studs with a wrench by 13, remove the receiver. 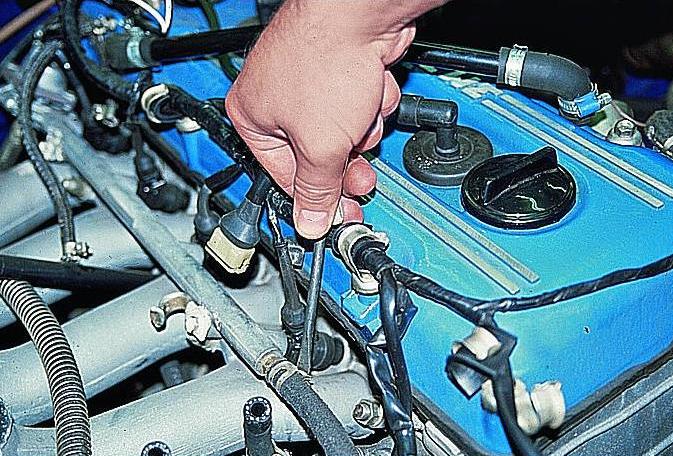 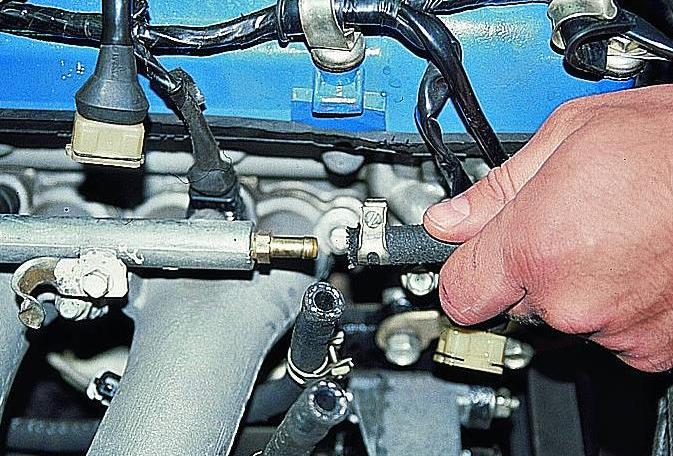 With a screwdriver, loosen the clamp of the supply hose to the ramp

Remove the supply hose from the fitting of the fuel rail. 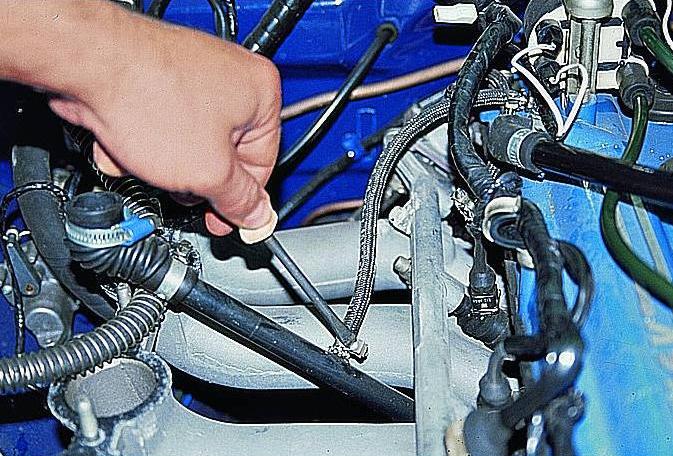 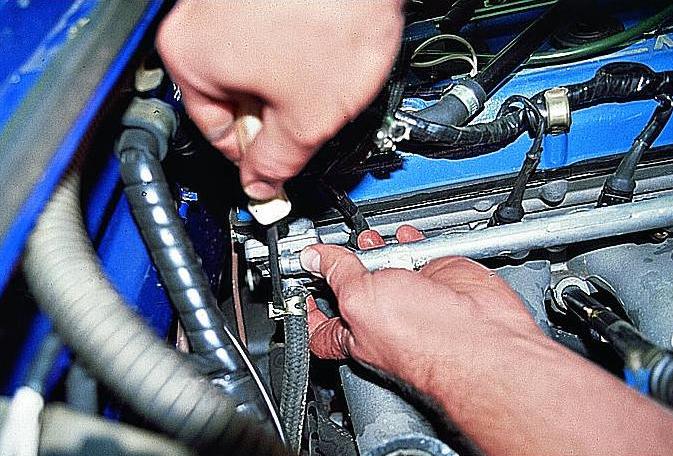 Using a screwdriver, loosening the clamp, remove the crankcase ventilation hose from the idling system pipe.

Using a screwdriver, loosening the clamp, remove the drain hose from the fitting of the fuel pressure regulator. 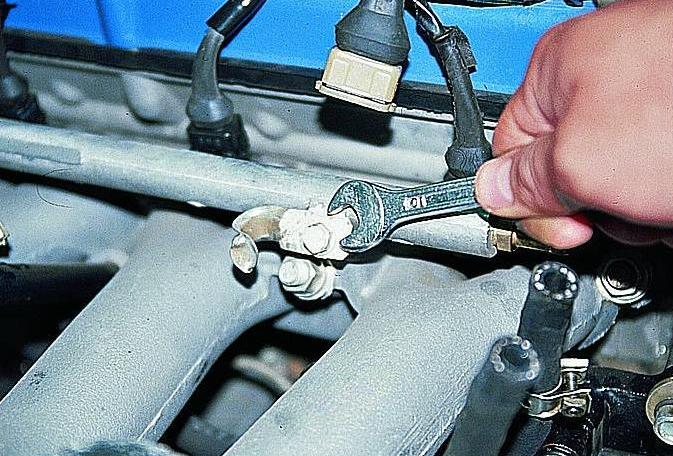 Using a 10 key, we unscrew the two screws securing the fuel rail to the intake manifold and remove the rail. 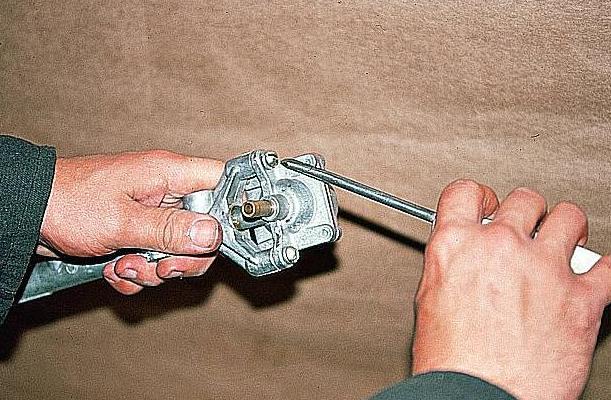 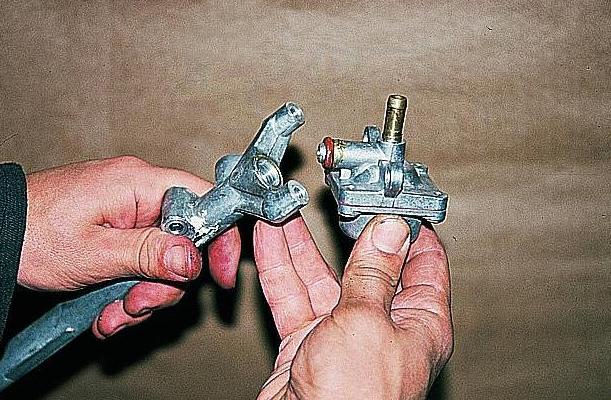 Use a screwdriver to unscrew the two screws securing the regulator to the ramp.

We install the new regulator in the reverse order, making sure that a sealing collar is put on its fitting.