The frequency of changing the oil and filter element is 60 thousand kilometers, but not less than every two years of vehicle operation

It is more convenient to work on a lift.

Hang out the front wheels and remove the battery. 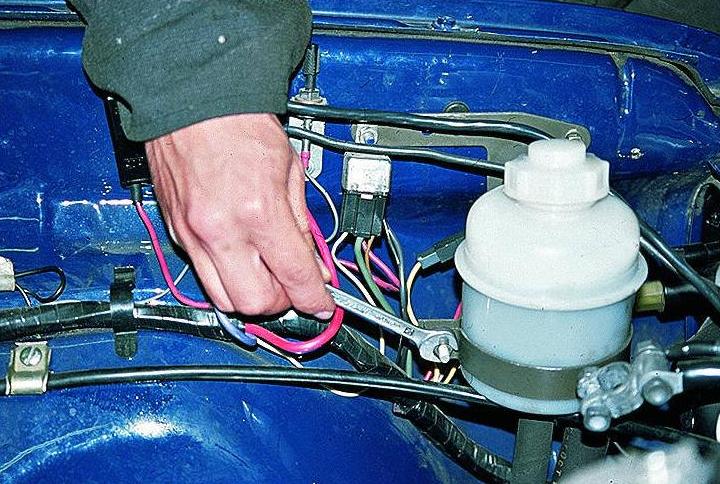 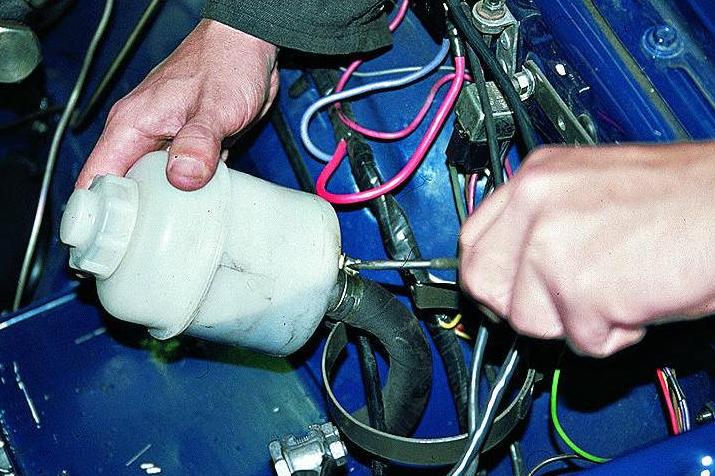 Using the “10” key, we unscrew the nuts of the clamp for fastening the hydraulic booster reservoir.

Use a screwdriver to loosen the screws of the hose clamps to the tank. 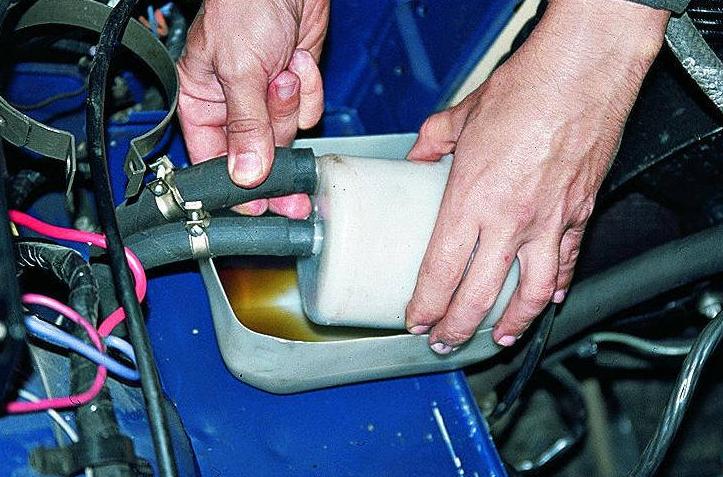 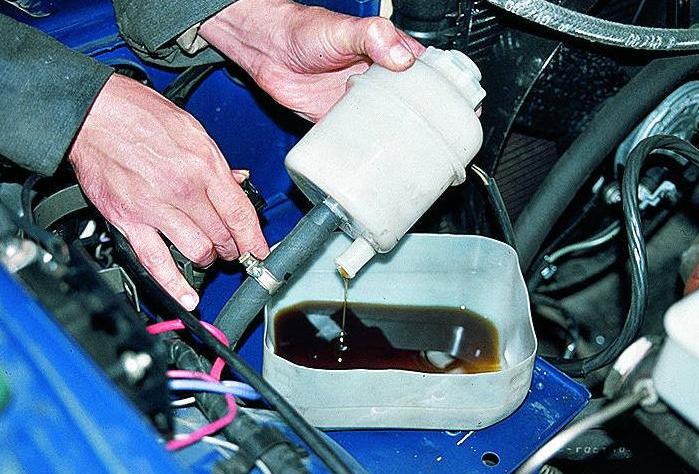 Having installed a container on the battery shelf and tilting the tank over it, remove the outlet hose (it is of a larger diameter).

Drain the oil from the tank and remove the second hose. 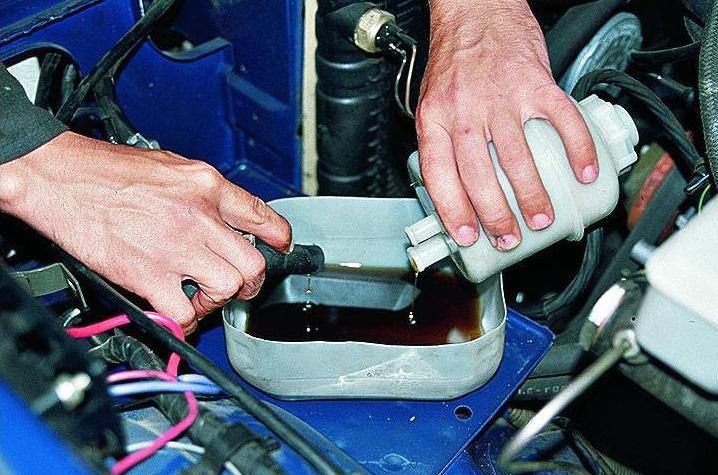 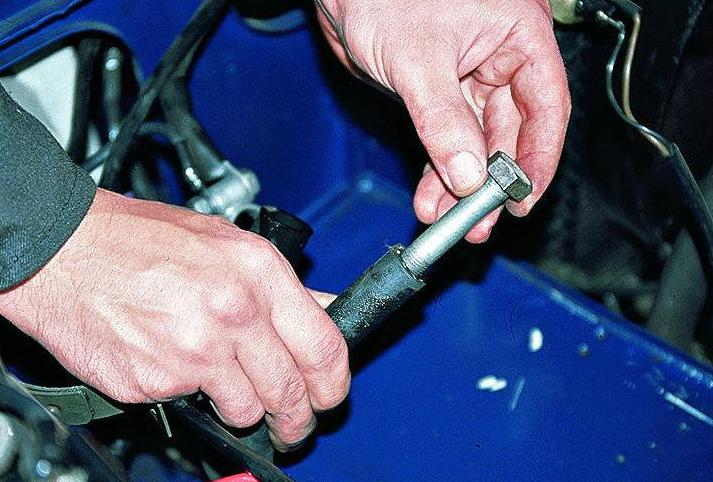 In order not to spill oil, we insert plugs into the hoses; these can be bolts of a suitable diameter, a bottle cap, etc. 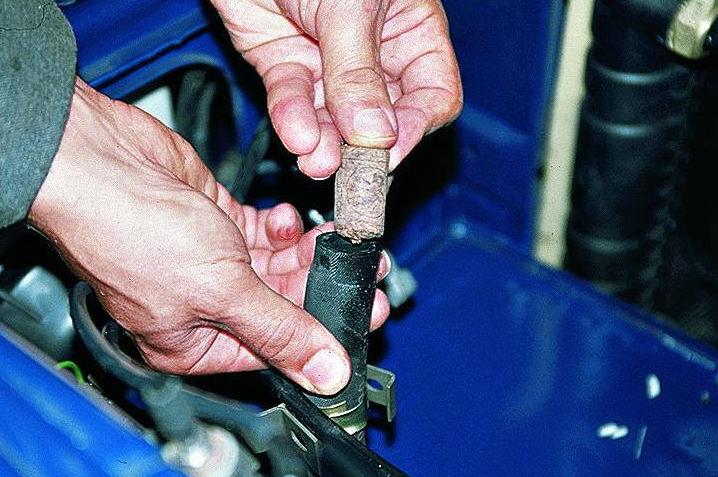 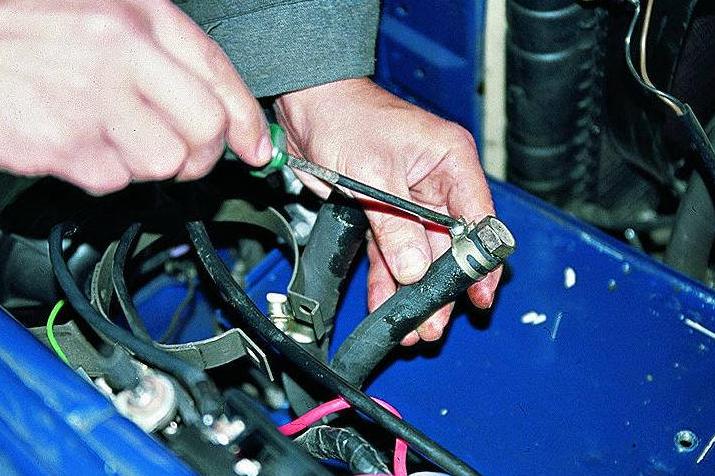 So that the plugs do not fall out, we clamp them with clamps. 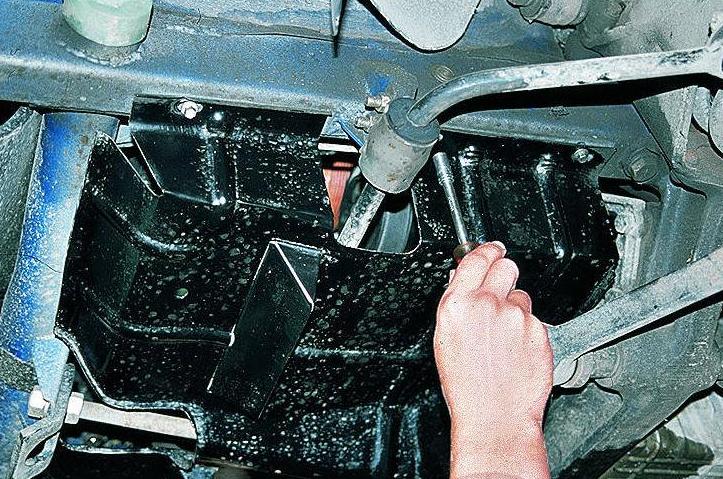 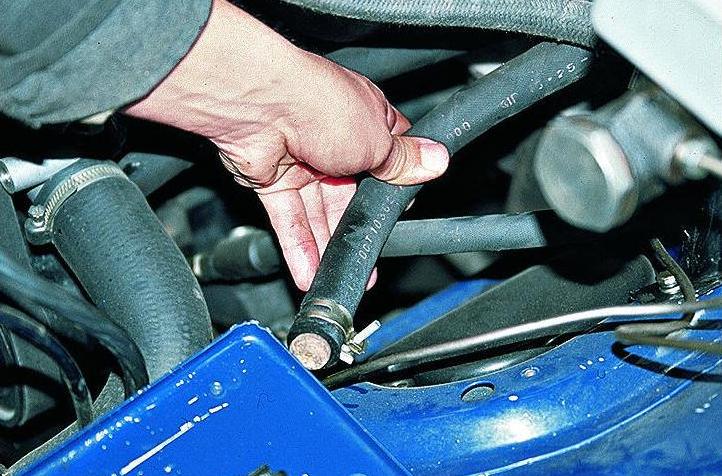 Using an "8" socket wrench, unscrew the six bolts securing the engine mudguard and remove it 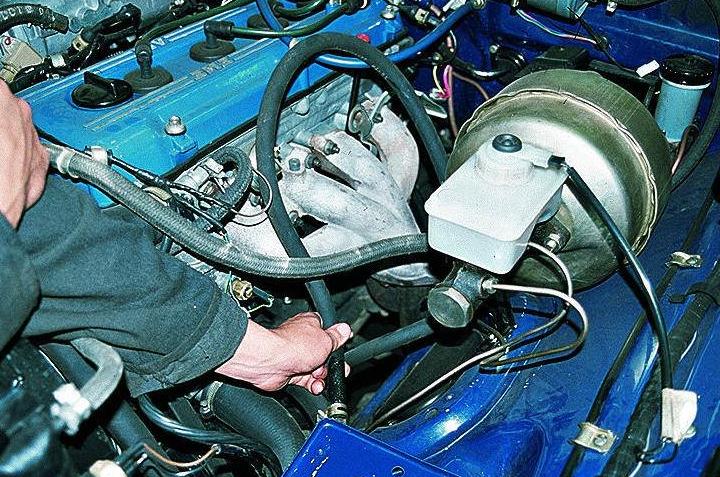 Removing the plugs, drain the oil from the hoses into a container installed under the car

Rotating the pump pulley, we vigorously turn the steering wheel several times from one extreme position to another.

The last two operations are repeated until the oil stops flowing from the hoses. to completely remove oil from the system, it is necessary to dismantle the pump and steering gear and drain the oil, from each of them separately.

We assemble the hydraulic system in reverse order, installing a new tank with a filter.

After filling the tank with fresh oil, bleed the hydraulic steering system.

We pump the hydraulic steering system to remove air from it that got there after changing the oil, filter and other work related to the violation of the tightness of the system.

Signs of the presence of air: wedging of the steering wheel with a sharp change in the direction of its rotation, foam in the reservoir. 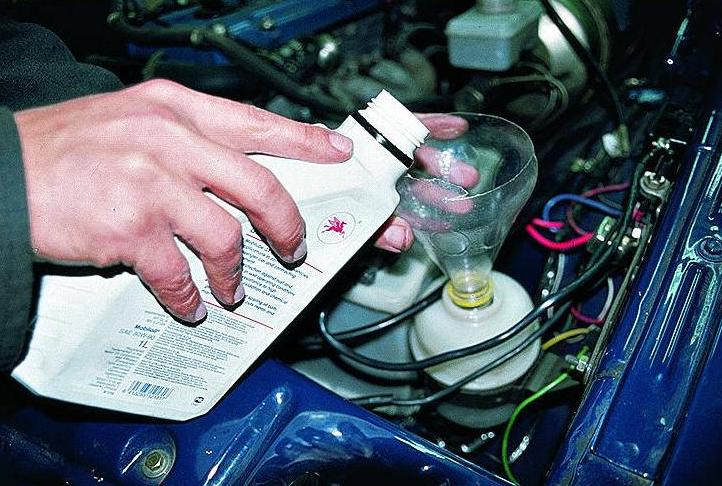 Hanging out the fronte wheels, add oil to the tank to the norm.

Turn the steering wheel 5-10 times to the extreme position in both directions.

If the oil was drained from the system, then in order to speed up the filling of the hydraulic system, turn the valve out of the steering mechanism with the key to “10”, turn the steering wheel 3-4 times in both directions, install the valve in place and add oil.

Turn off the engine and add oil.

We start the engine and, at idle, smoothly turn the steering wheel in turn, in both directions, until it stops, but without holding it in extreme positions.

After the bubbles in the oil tank stop, stop the engine. 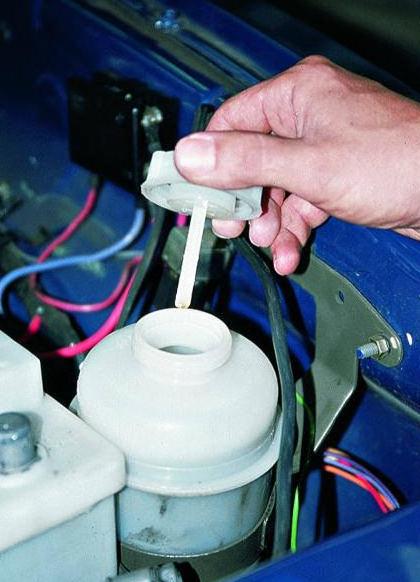 Add oil by checking its level on the dipstick.