Removing the instrument panel console of the GAZ-3110 car

In another name, the center console is called the lining of the floor tunnels 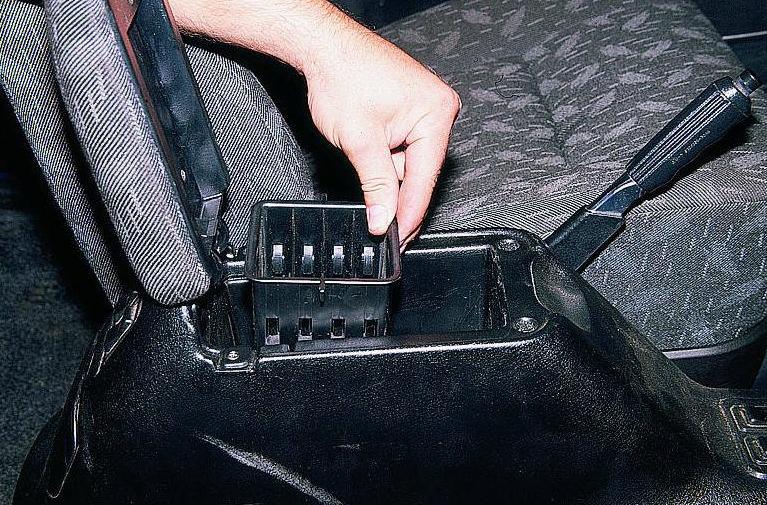 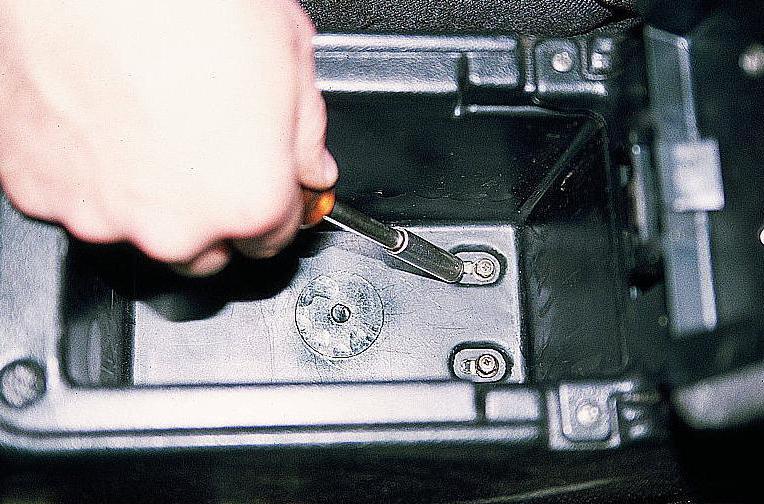 Open the console cover and take out the cassette and fabric insert.

Use an 8 socket wrench to unscrew two self-tapping screws 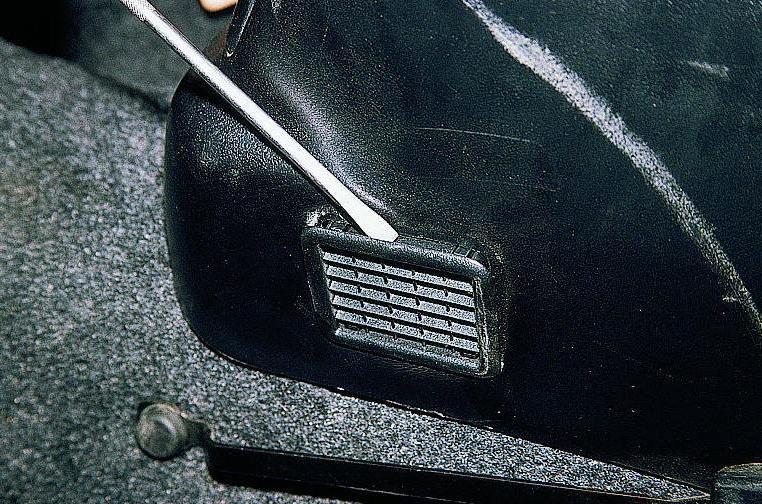 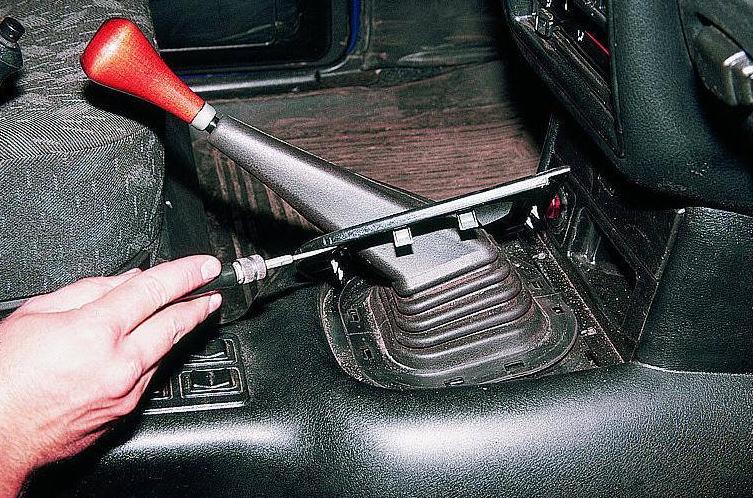 Use a slotted screwdriver to “snap off” two plastic grilles.

Use the same screwdriver to pry off the front insert of the console and remove it. 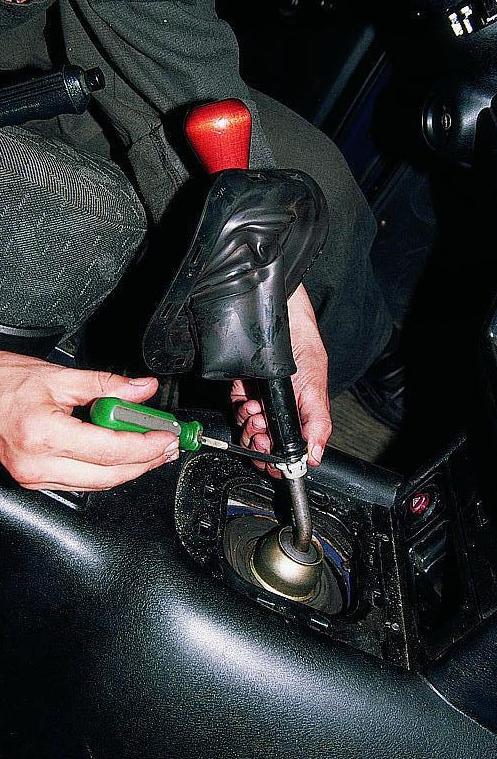 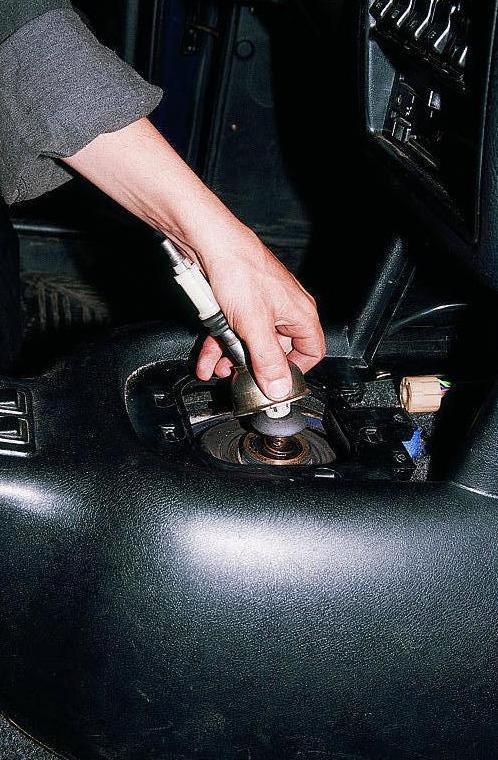 We move up the rubber cover of the gearshift lever and, prying with a thin screwdriver, remove the plastic retainer.

This is one of two possible ways to remove the shift lever.

Unscrew the nut that secures the gear knob to the gearbox and, after engaging the neutral gear, pull the knob up, wiggling slightly.

This method is more preferable, since the handle is removed completely and does not interfere with the removal of the console. 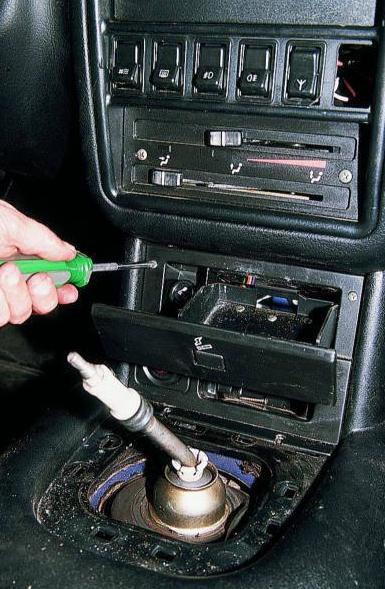 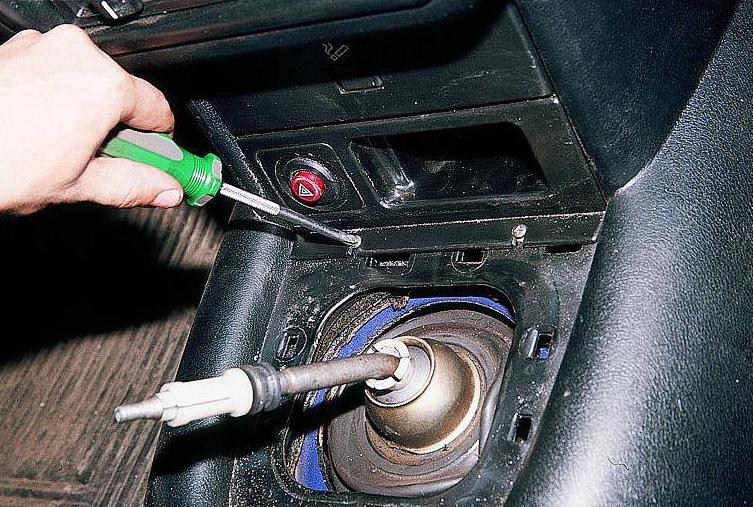 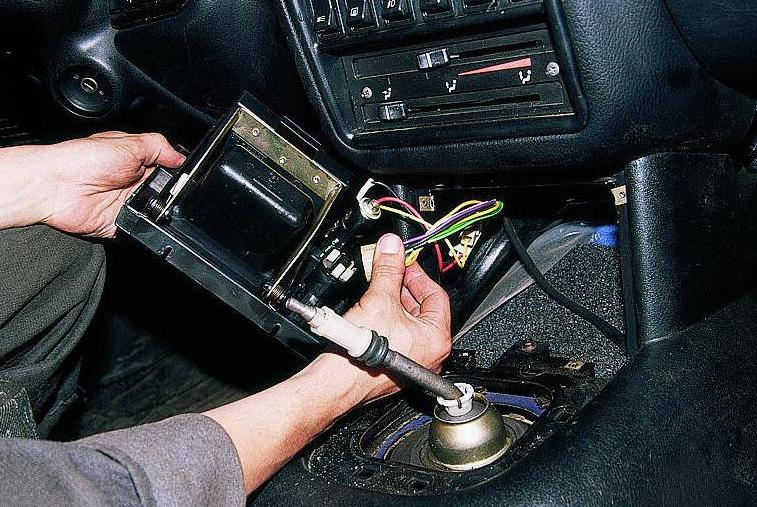 We take out the ashtray, disconnecting the wiring. 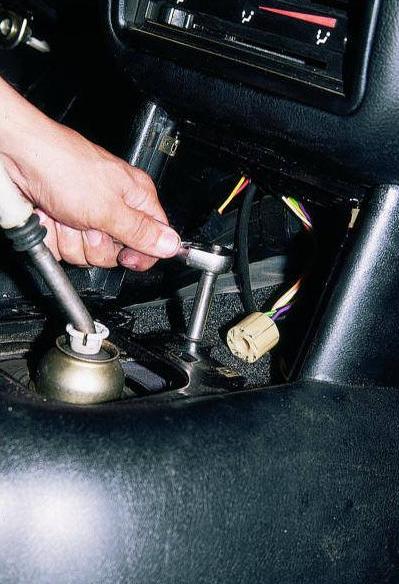 We unscrew one self-tapping screw with an 8 head 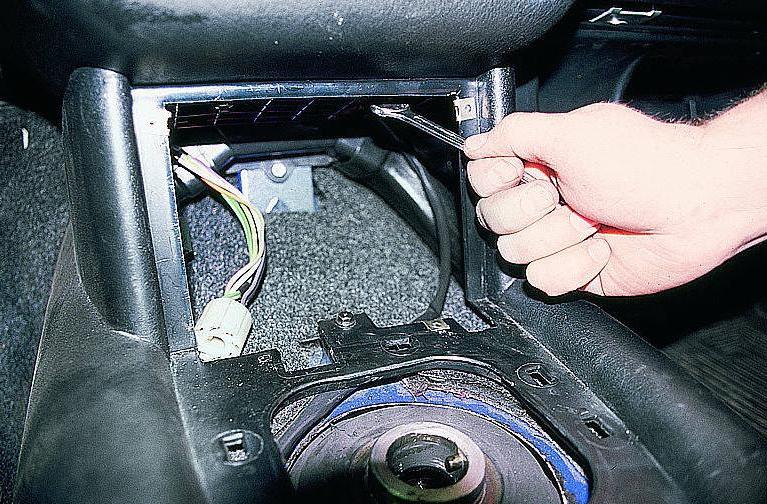 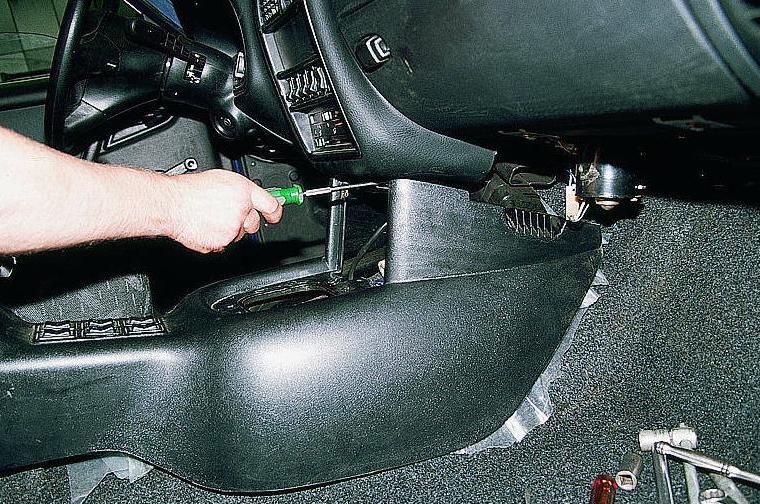 We unscrew the two nuts by 10 inside the console.

Press the console slightly down with a screwdriver 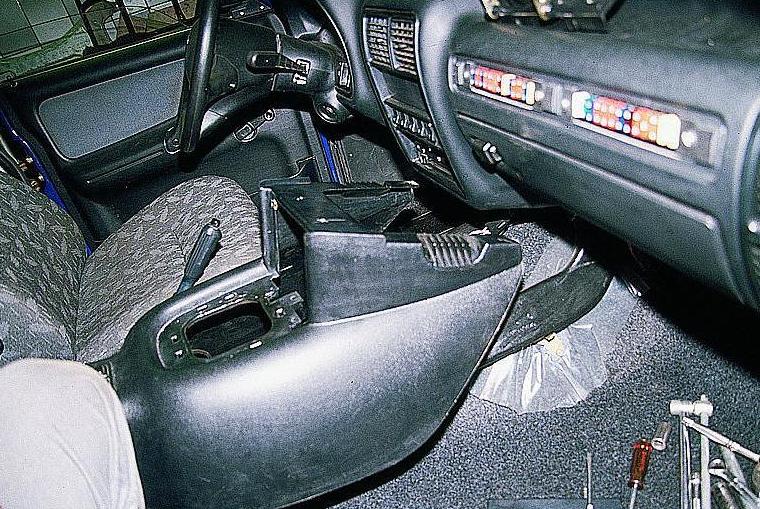 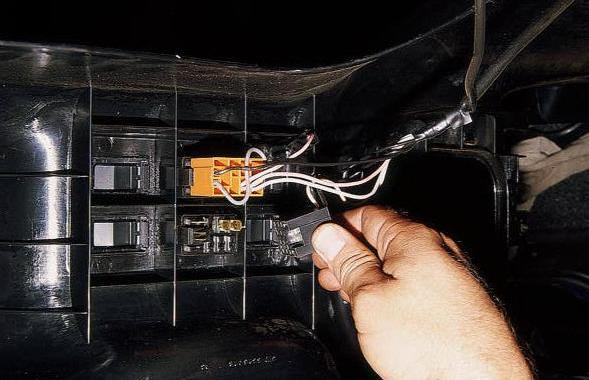 Pull out the console. 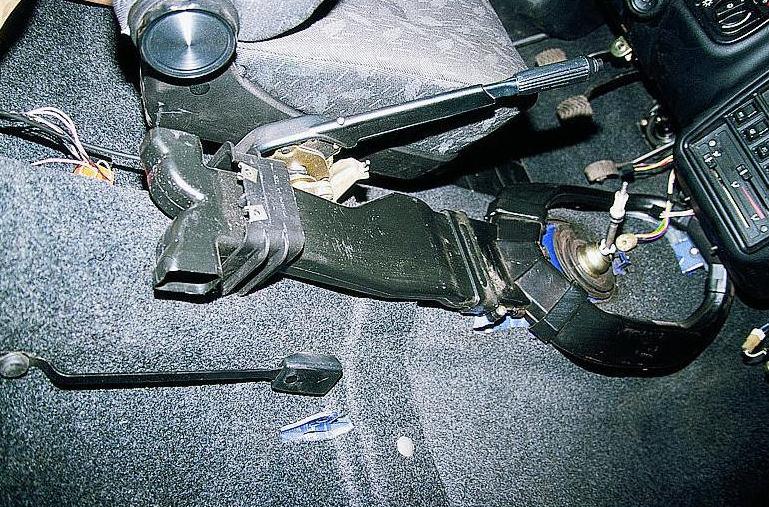 Under heater distributor boxes pass through it

Install the console in reverse order.