The ignition system of the car GAZ-3110 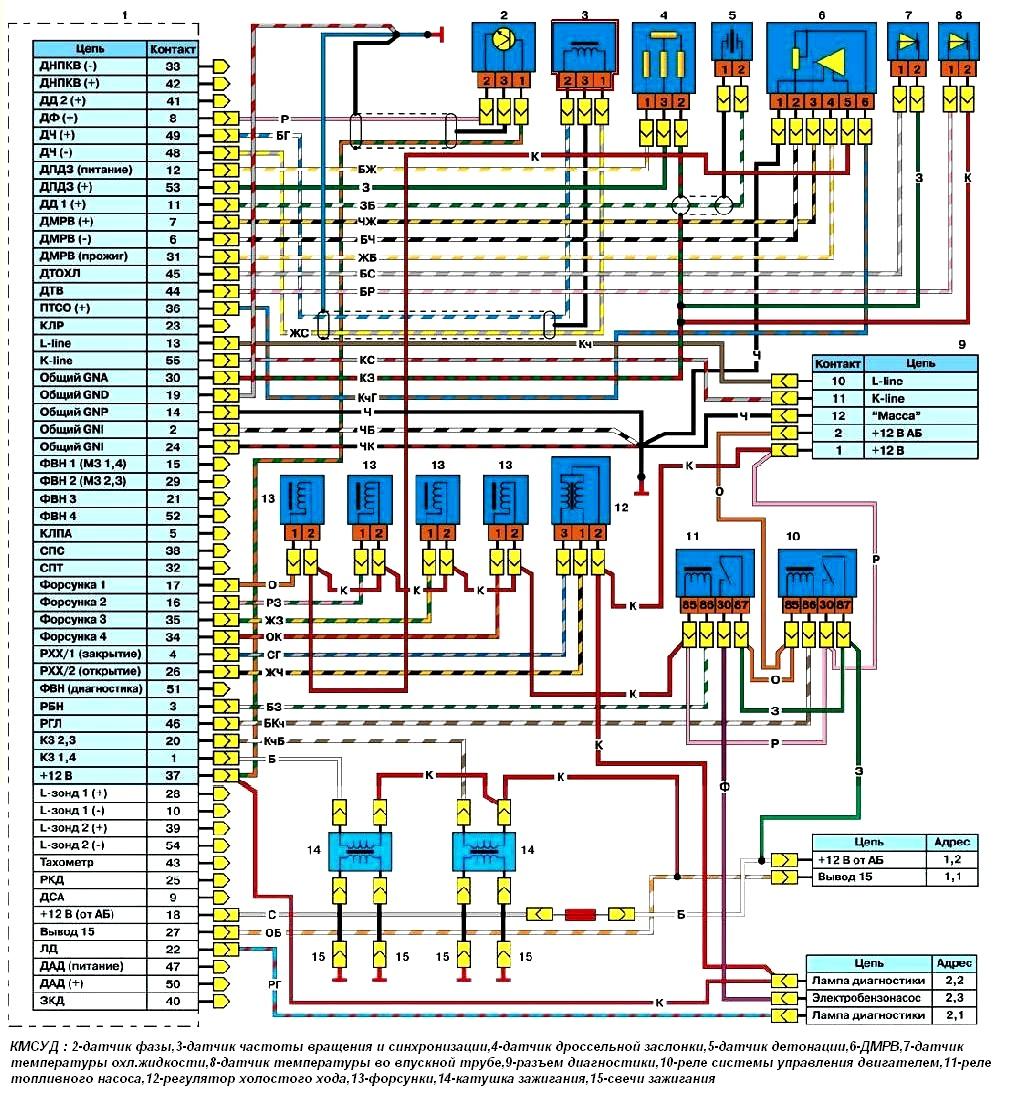 The ZMZ-406 engine is equipped with a microprocessor ignition system, which consists of a control unit for fuel injection and ignition systems, two ignition coils types 30.3705 or 301.3705, spark plugs, high and low voltage wires.

The control unit is installed in the passenger compartment on the right side under the instrument panel, behind the upholstery of the sidewall of the body.

The ignition coils are mounted on the cylinder head cover.

The control unit receives signals from sensors installed on the engine and, based on this, corrects the ignition timing, which allows obtaining optimal power, economic and toxicity indicators.

The electrical circuit of the engine control system is shown in Figure 1.

ZMZ-402 and ZMZ-4021 engines are equipped with a non-contact ignition system, consisting of a transistor switch, ignition distributor type 19.3706, ignition coil type B116 or B116-01, candles and high-voltage and low-voltage wires.

For this purpose, a slider is used, put on the shaft of the distribution sensor. An interference suppression resistor* is installed in the slider.

* A cover with a central carbon contact is installed on the part of the sensors instead of a resistor.