The cylinder head gasket is replaced if it is damaged

The head of the block can be removed with the receiver and exhaust manifold.

If the head of the block is removed from the engine installed on the car, you must first perform the following operations: 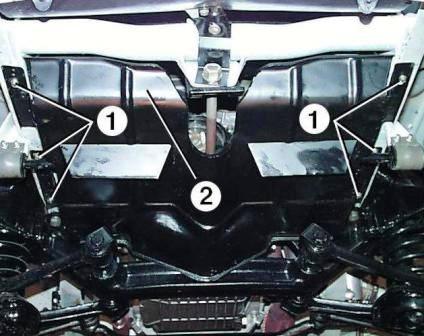 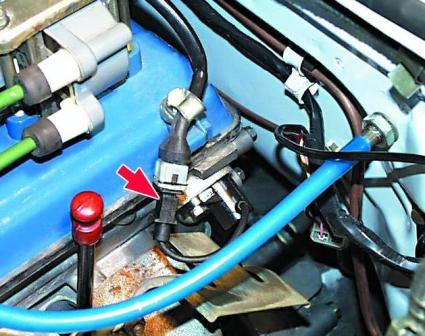 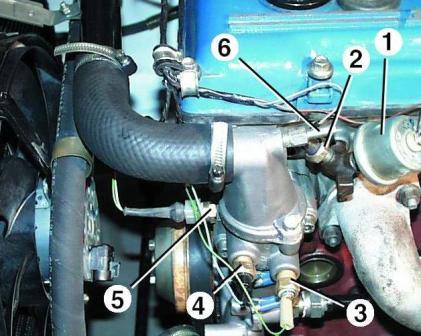 Disconnect the phase sensor plug from the wiring harness.

Unscrew the screws and disconnect the wires from the sensors for oil pressure indicator 1 and emergency oil pressure 2. 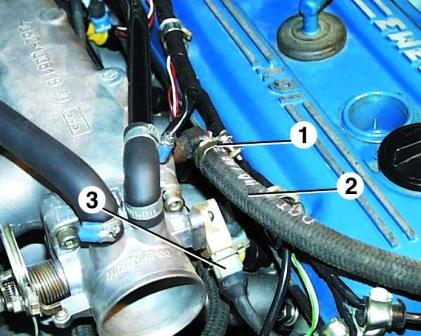 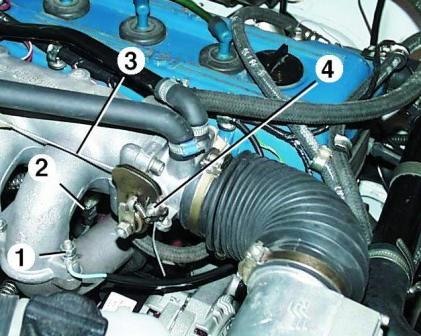 Disconnect plug 2 from the wiring harness, located between the engine intake pipes, the speed sensor and the crankshaft timing sensor, installed near the crankshaft pulley ring gear. 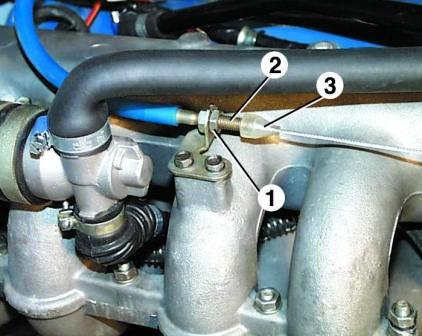 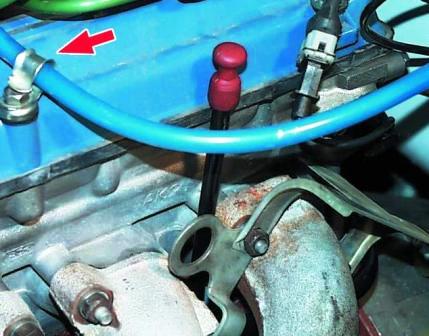 Pull out the accelerator cable holder and remove the cable from it.

Move the accelerator cable away from the engine.

Disconnect the wires from the generator. 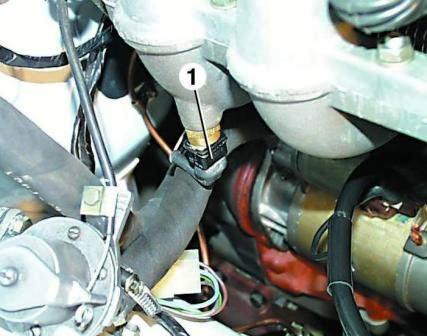 Unscrew nut 2 and remove the ground wires from the stud at the rear end of the receiver.

Unbend the holders 2 of the wiring harness and remove the harness from the holders. 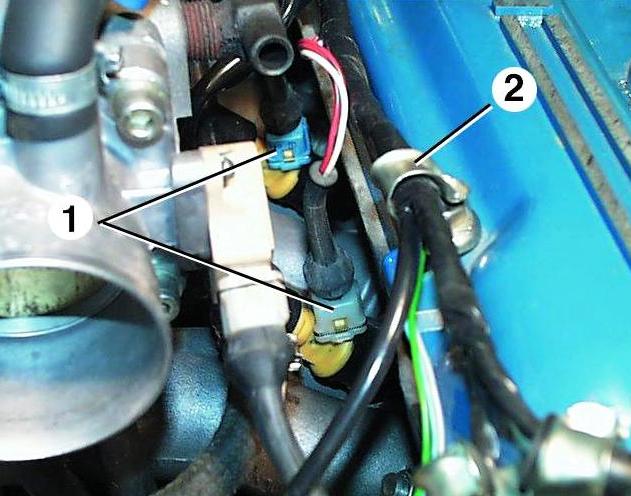 Further, the procedure for removing the head of the block from the engine removed from the car and from the one installed on the car is the same. 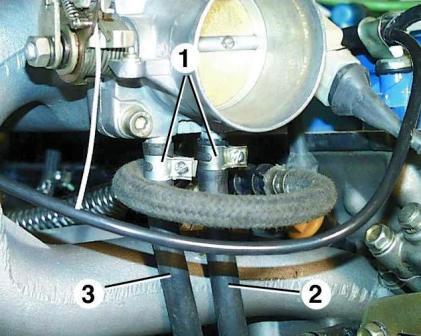 Loosen clamps 1 and remove hoses 2 and 3 from throttle body fittings. 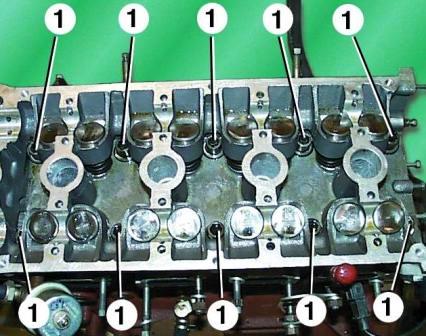 Install the block head in the reverse order of removal. 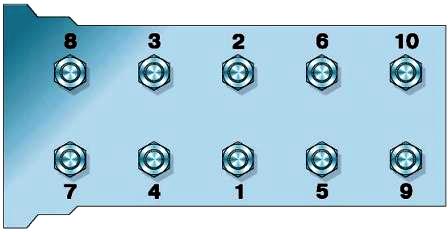 The order of tightening the block head bolts is shown in the figure.