Radiator - tubular-tape, with side plastic tanks

On the tanks and the upper plate of the radiator core there are brackets for attaching the radiator to the car body.

On the right tank (in the direction of the car) in the lower part there is a drain plug for draining the coolant.The expansion tank is plastic, connected by a hose to a pipe supplying cooled liquid from the radiator to the engine, and a pipe - to the thermostat pipe and the left radiator tank.

There is a MIN mark on the tank - the lower permissible level of coolant in the tank.

The expansion tank is closed with a screw plug that maintains increased pressure in the cooling system.

Replacing a radiator with a ZMZ-406 engine

Draining the coolant Replacing the engine coolant of a Gazelle car

Remove the radiator lining and the top panel. 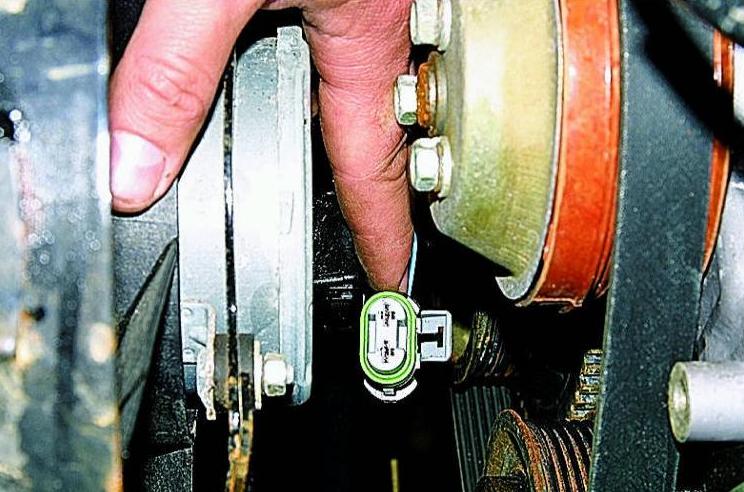 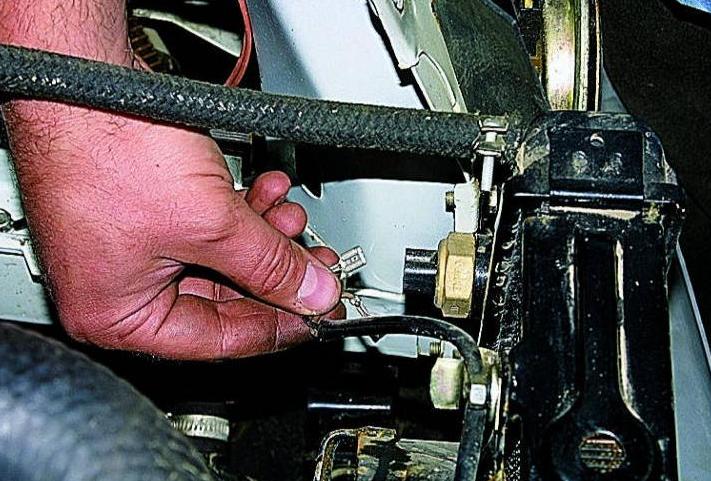 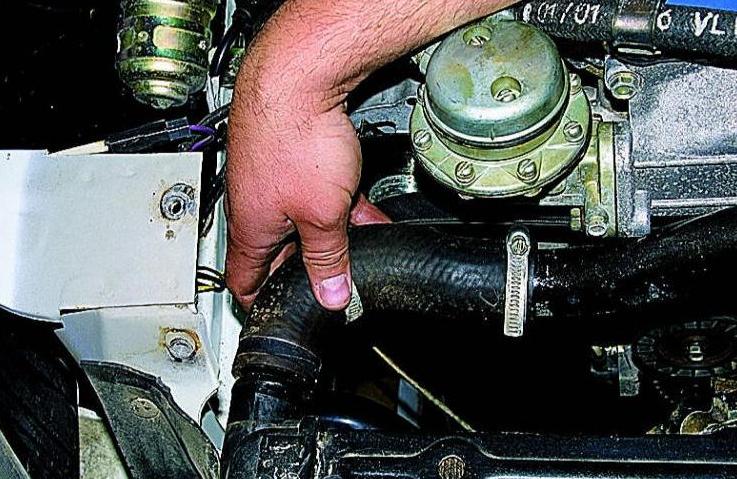 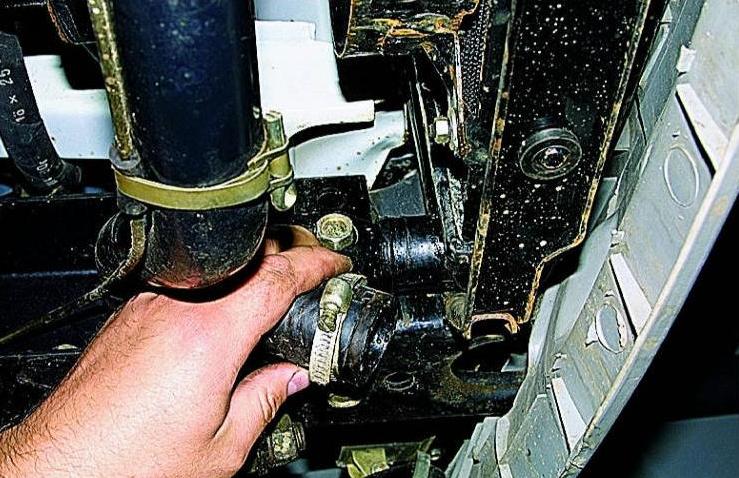 Loosen the clamp, remove the lower hose from the radiator pipe. 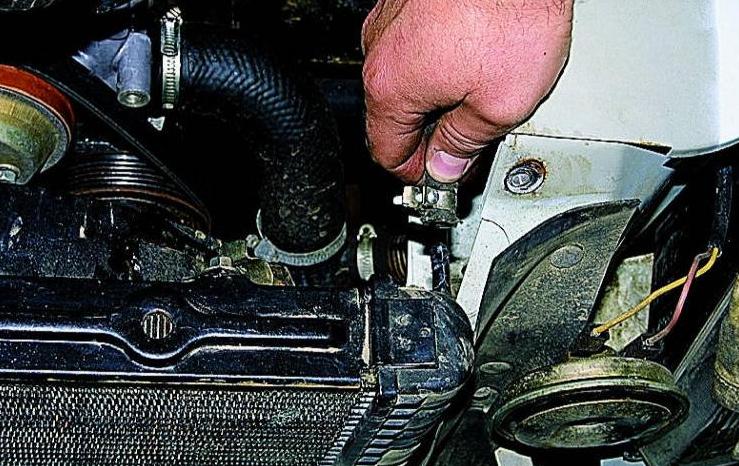 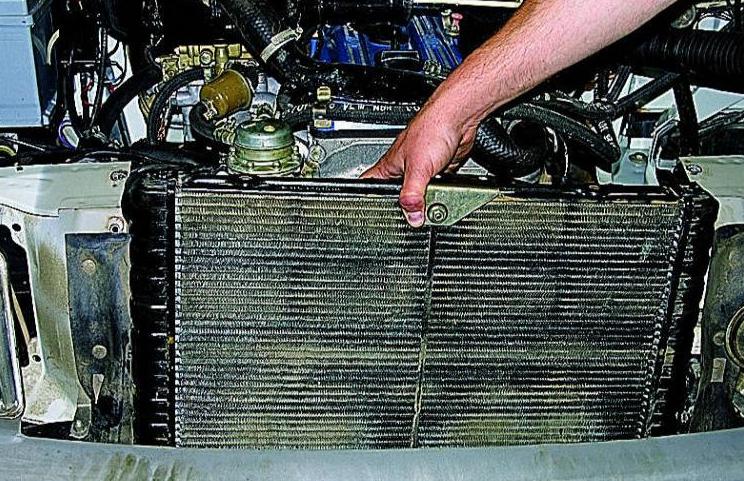 Disconnect the steam outlet hose from the radiator.

Remove the radiator from the car. 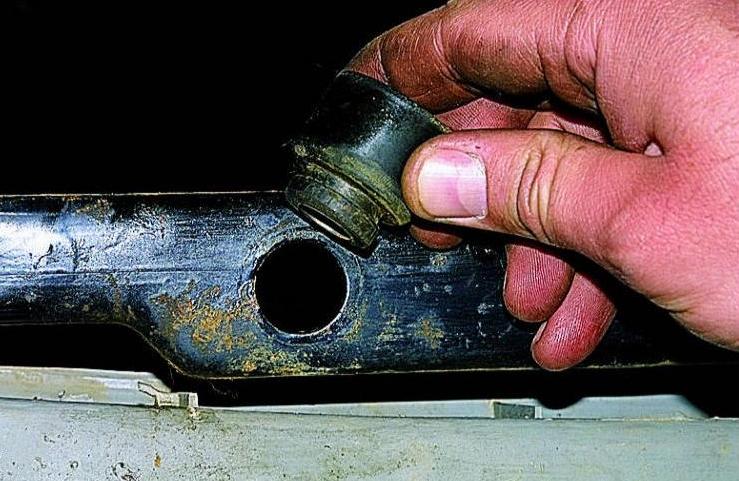 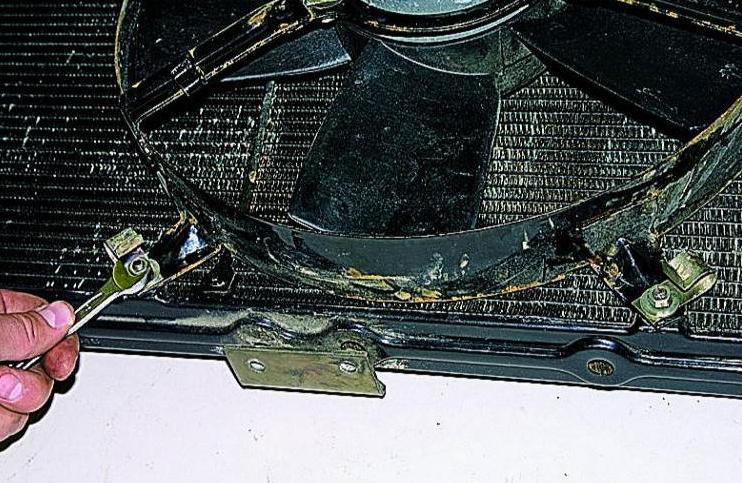 Rubber cushions are installed under the radiator.

If necessary, replace them

Using a 10 key, we unscrew the four nuts securing the electric fan 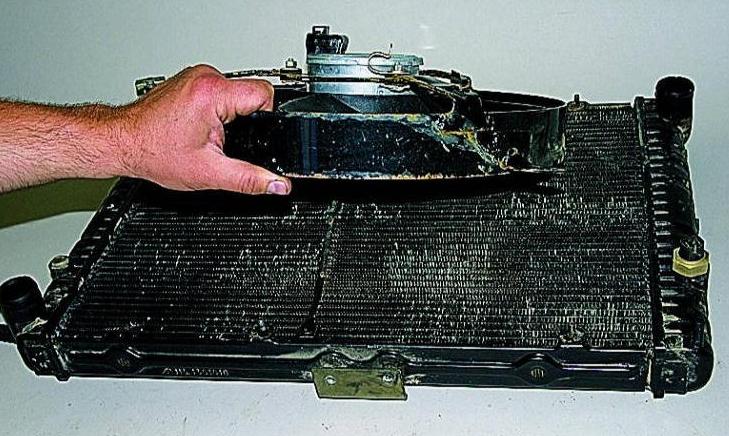 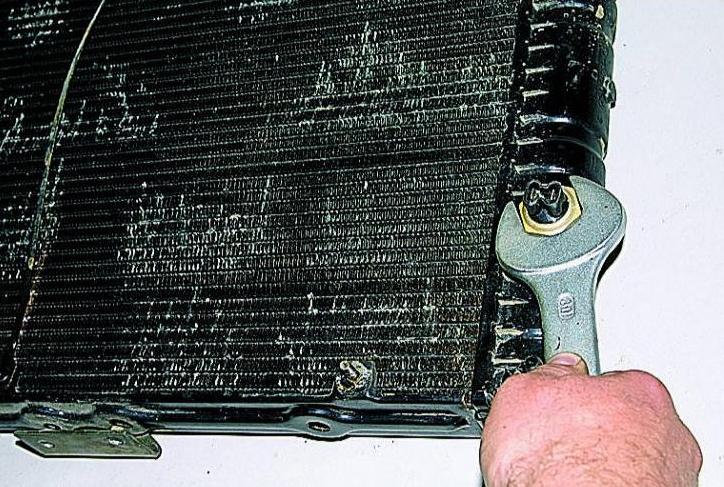 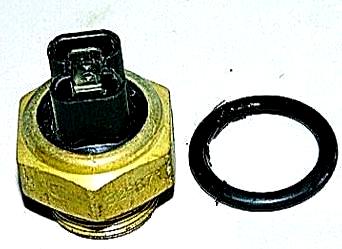 With the “30” key, turn off and remove the sensor for turning on the electric fan.

There is a rubber sealing ring underneath. 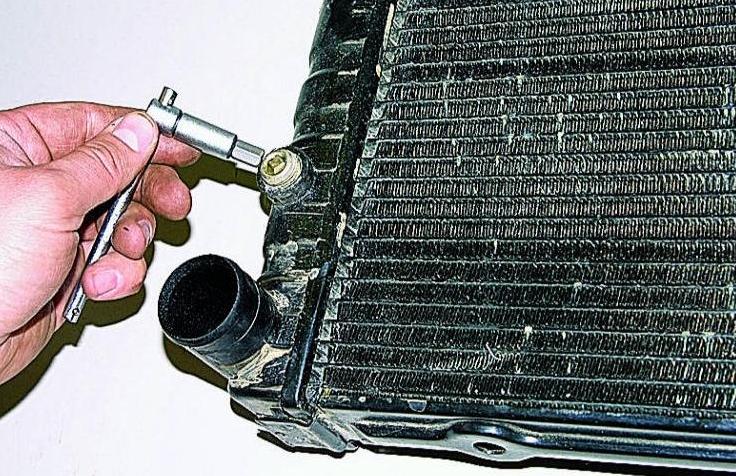 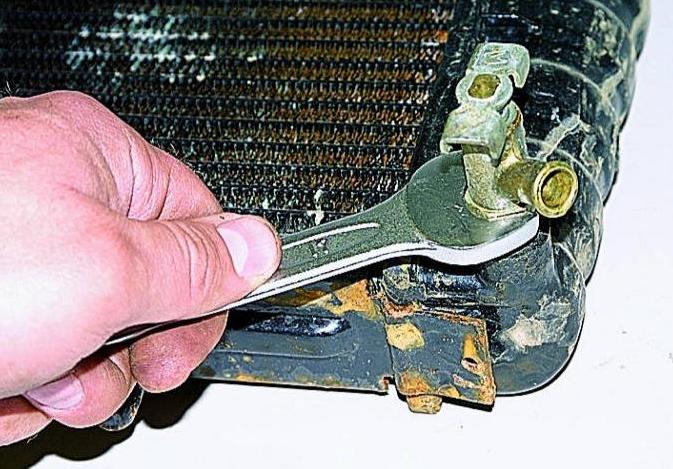 Unscrew with an 8" hex and remove the plug.

With the “17” key, turn off and remove the drain valve radiator. 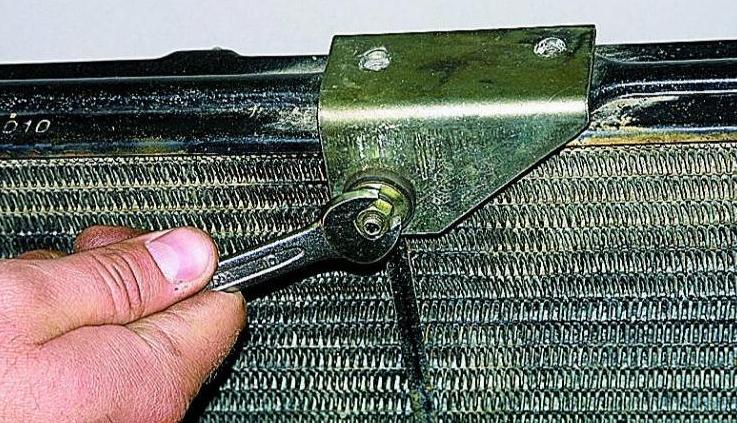 We rearrange the removed parts to a new radiator, install it in reverse order on the car

Replacing a radiator with a ZMZ-402 engine

Draining the coolant Replacing the engine coolant of a Gazelle car

Remove the grille and the upper panel of the radiator grille. 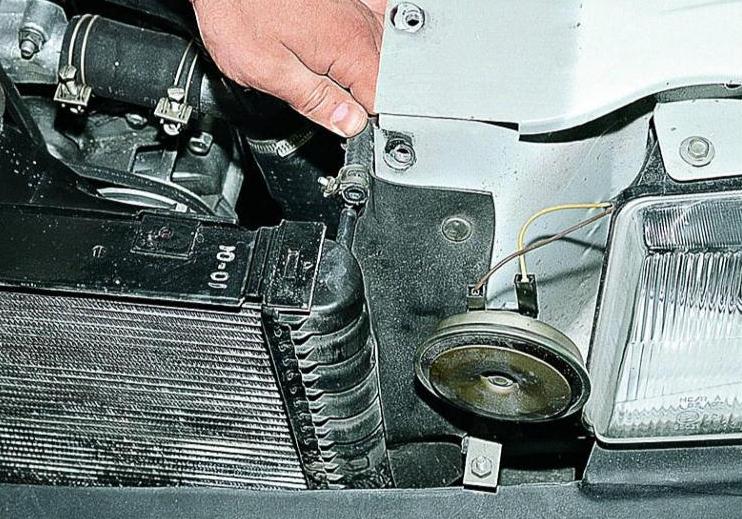 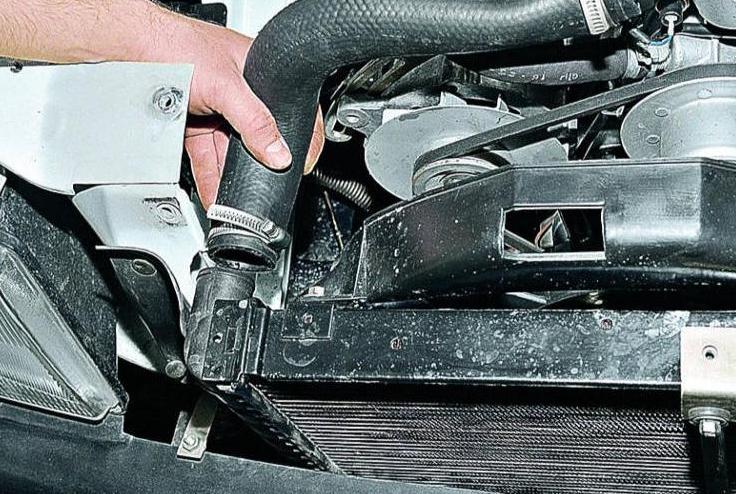 We loosen the clamp with a screwdriver and disconnect the supply hose from the upper radiator pipe.

Similarly, remove the hose from the lower radiator pipe. 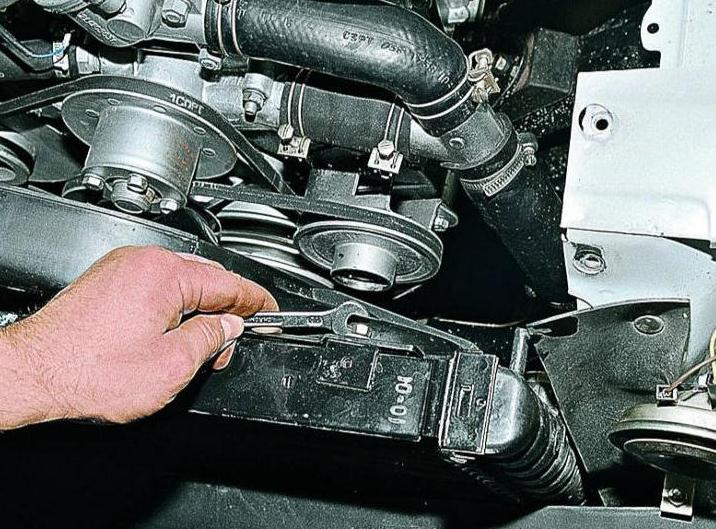 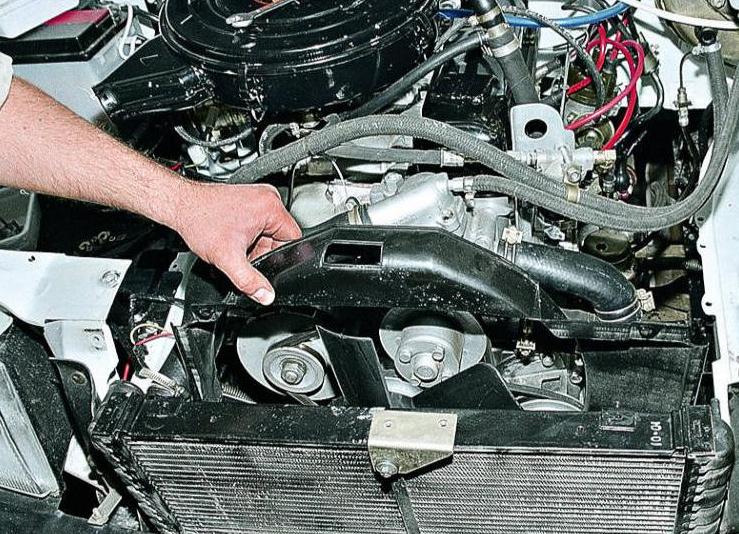 Using the “10” key, unscrew the four nuts securing the fan shroud (two on top and two on the bottom)

Remove the shroud from the radiator. 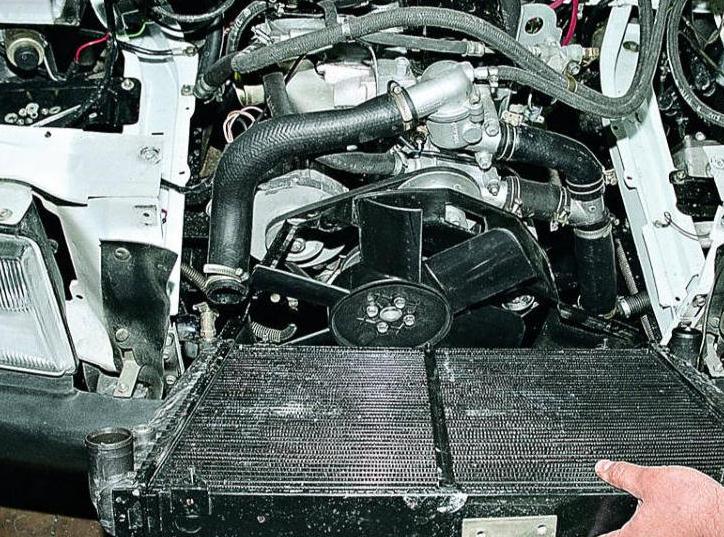 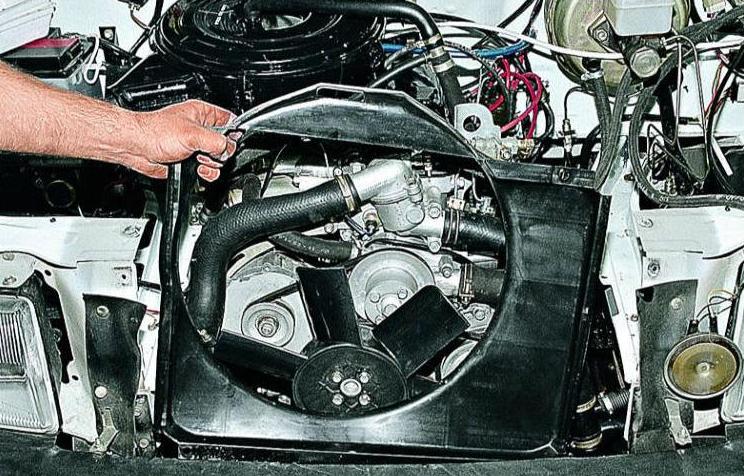 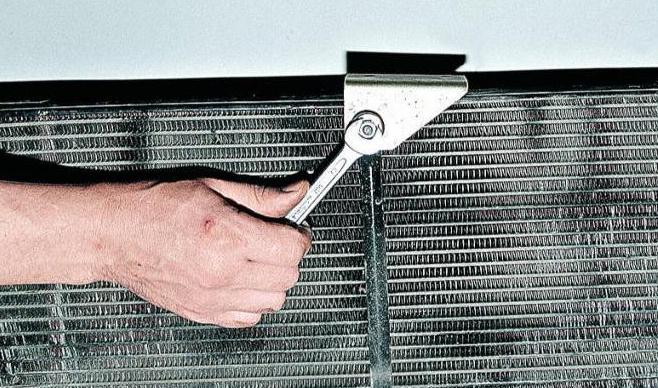 To replace the radiator with a “10” wrench, unscrew the nut and remove the bracket for attaching the radiator to the body 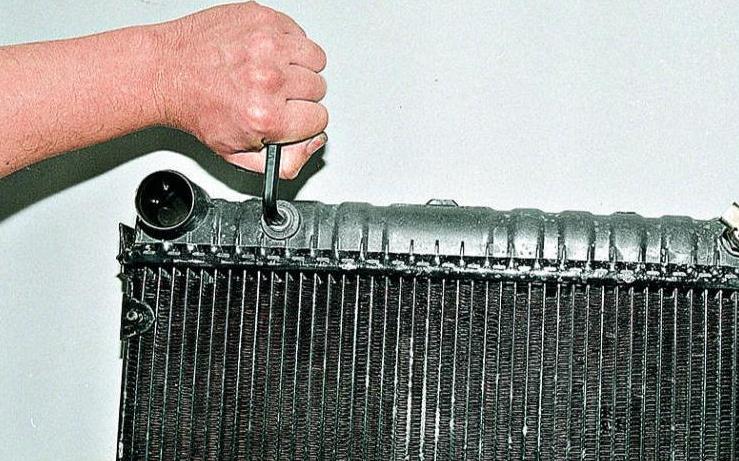 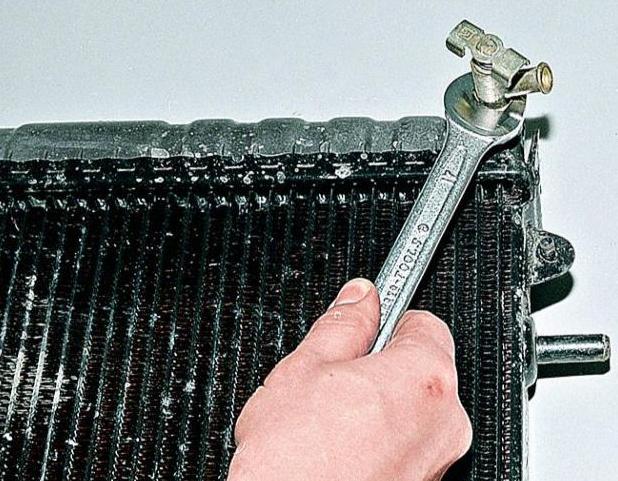 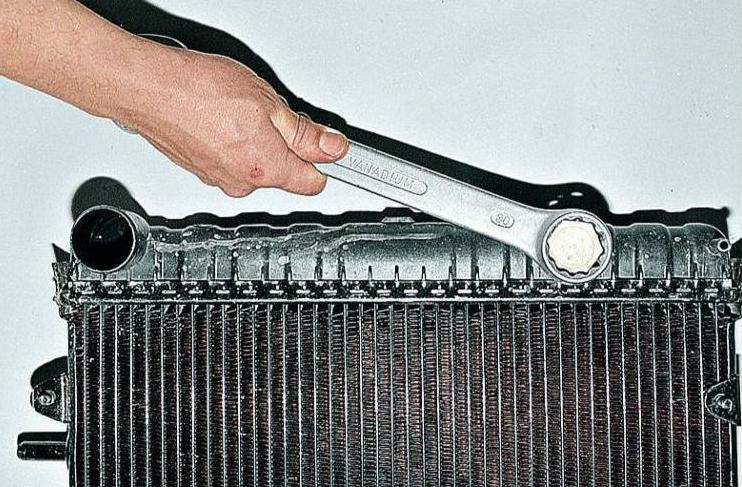 Use the "30" key to unscrew the second plug

Replacing the removed parts on a new radiator, install it in reverse order.

Filling the cooling system with liquid and starting the engine, we check for leaks at the joints.

If necessary (destruction, cracks), we replace the radiator cushions and install the radiator in the reverse order.