Replacing the engine coolant of a Gazelle car

According to the manufacturer's recommendation, the coolant should be replaced after two years of operation or after 60 thousand kilometers, whichever comes first

If the coolant has changed color to red, replace it, as such a change indicates that inhibitory additives have developed and the coolant has become aggressive towards parts of the cooling system.

You will need: a container for the drained liquid, a funnel.

Put the car on a horizontal platform. 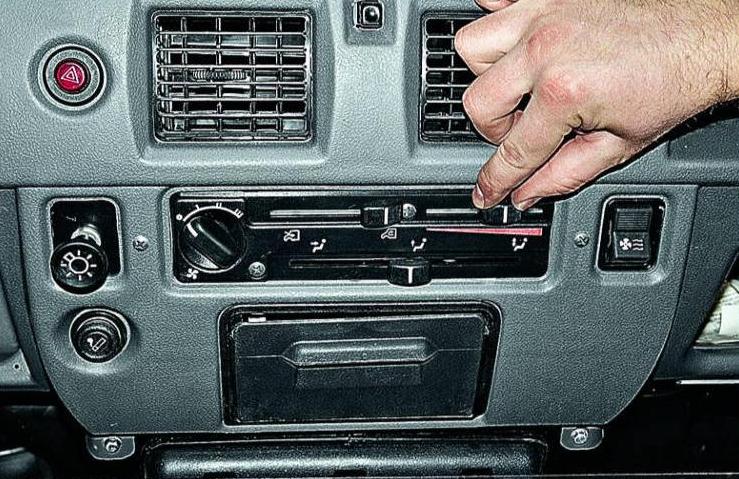 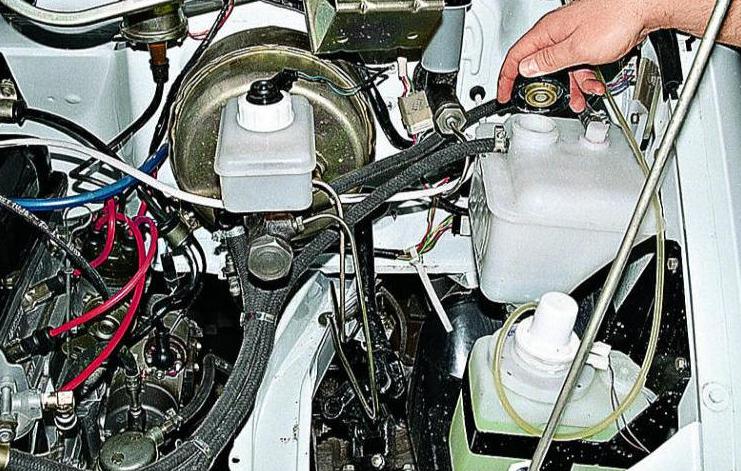 Open the heater valve with the control knob on the instrument panel.

Open the cover of the expansion tank. 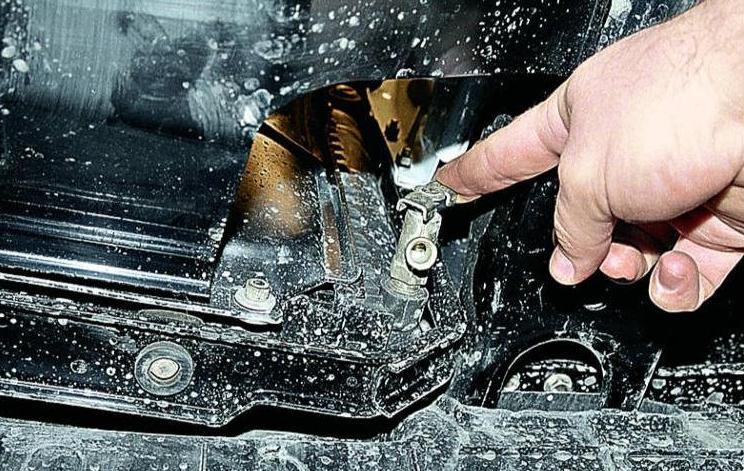 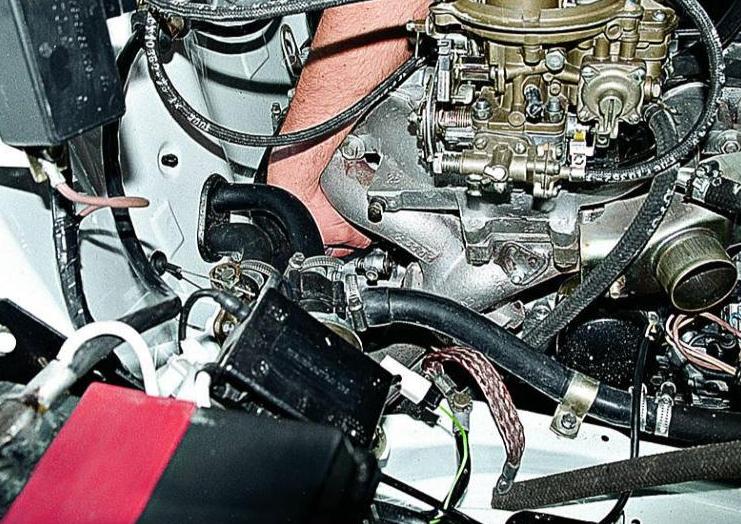 If necessary, putting a hose of a suitable size on the radiator drain valve, open the valve and drain the liquid into a container with a volume of at least 10 liters.

Similarly, we drain the liquid from the cylinder block. 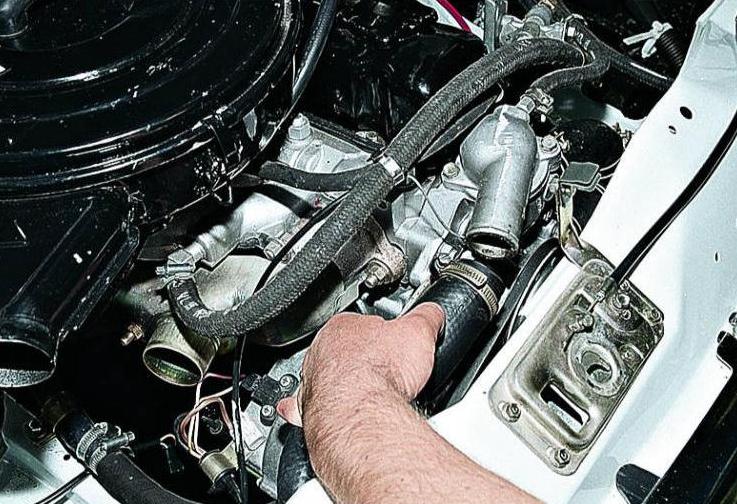 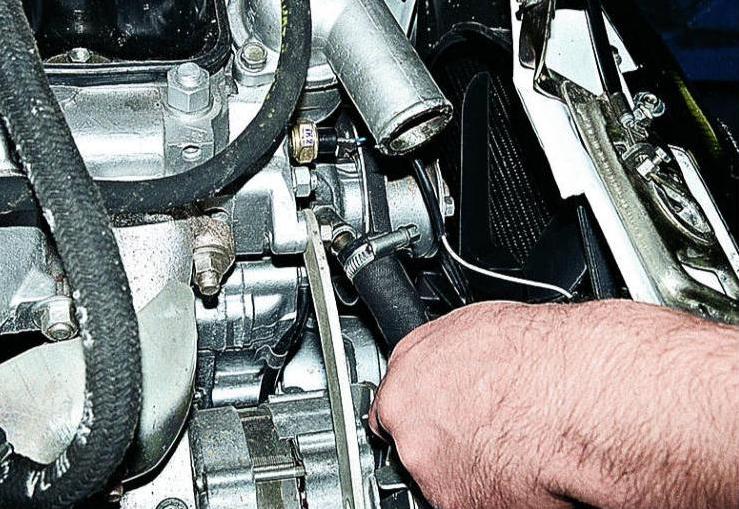 For ease of access to the heating system hose, loosen the clamp and remove the upper radiator hose from the thermostat cover pipe.

We loosen the clamp and remove the heating system hose from the pump nozzle (on the right side of the engine) and, directing it into the container, drain the coolant 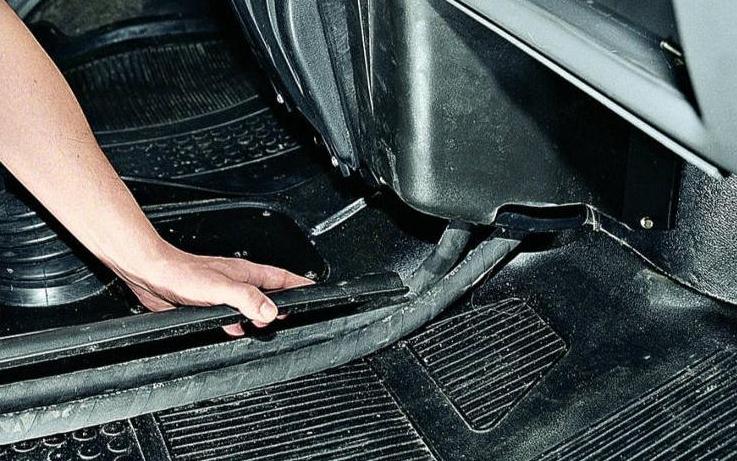 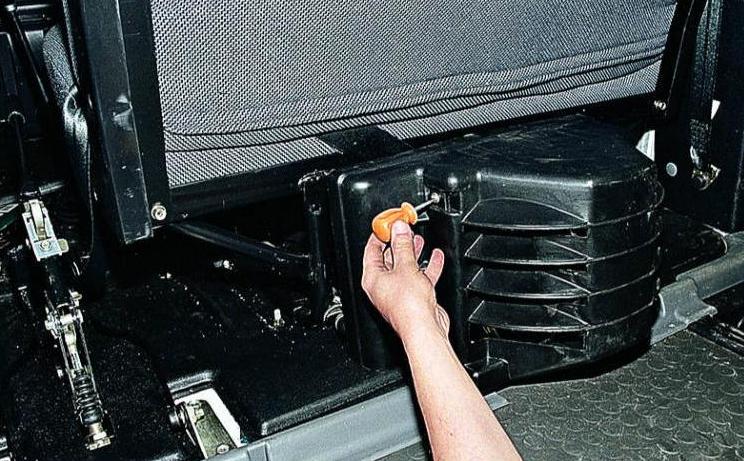 For the convenience of work, having unscrewed five self-tapping screws, we remove the hose cover on the floor of the driver's cab.

We unscrew the two screws securing the auxiliary heater casing and remove the casing. 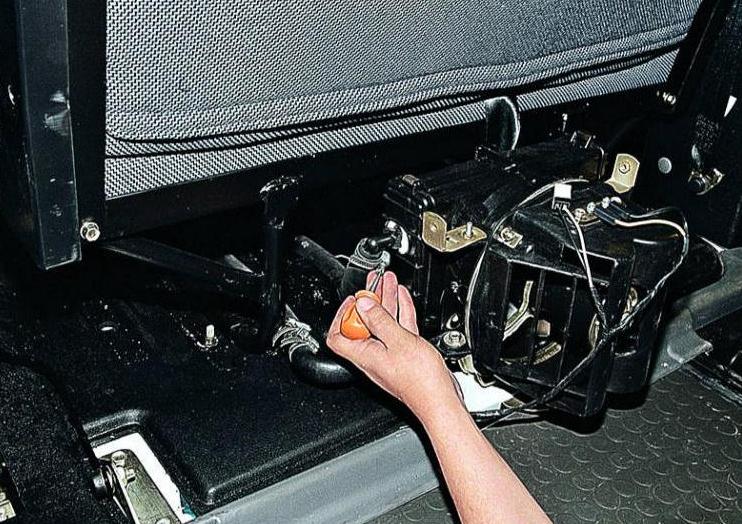 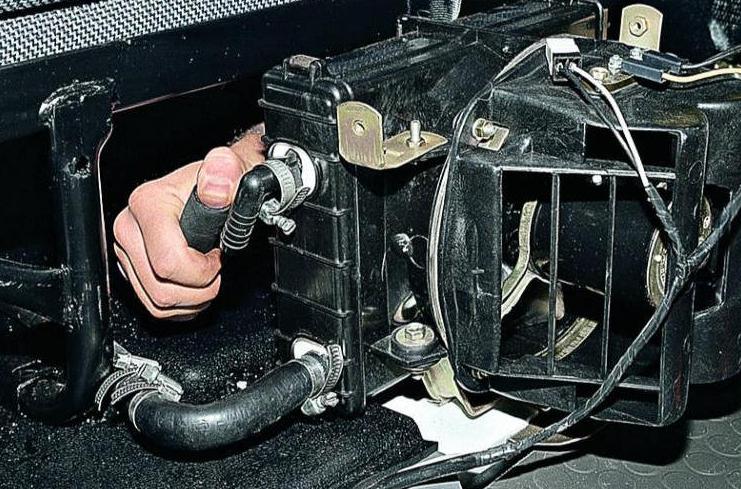 Using a slotted screwdriver, we loosen the clamp of the upper pipe of the radiator of the additional heater.

Remove the hose by pinching the hole with your finger 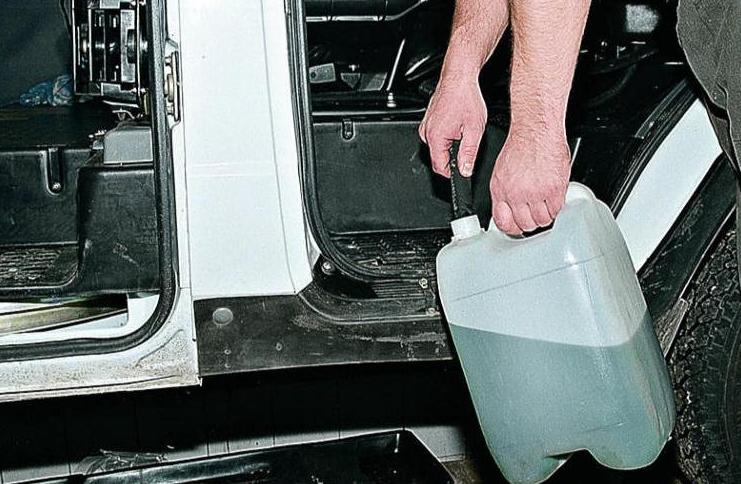 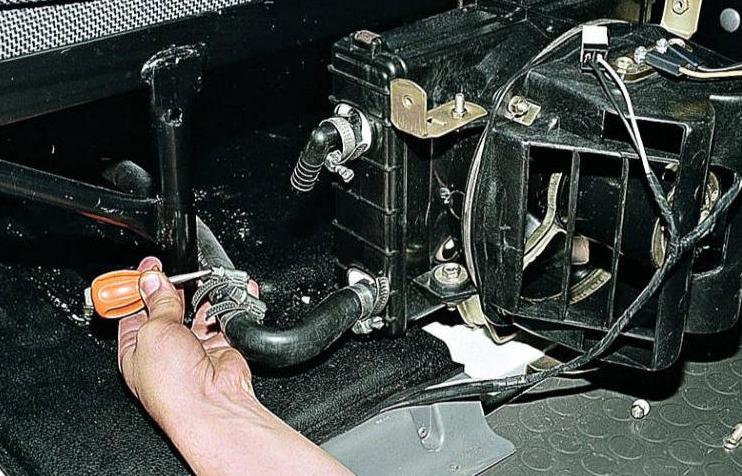 Similarly, remove the lower hose from the heater radiator pipe

Drain the fluid from the auxiliary heater radiator. 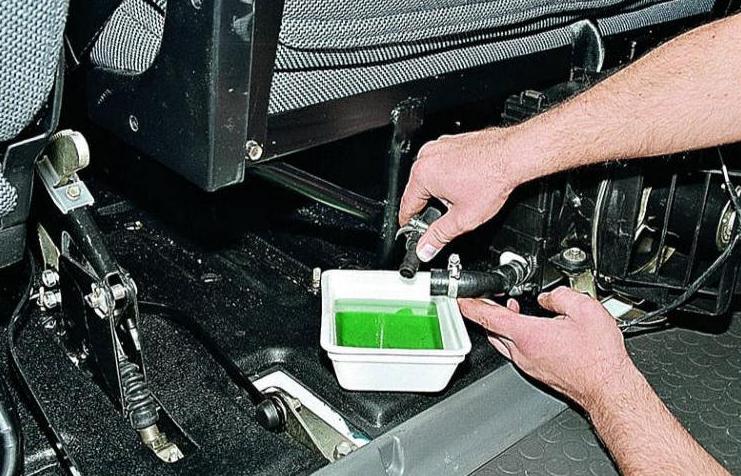 Having connected all the hoses, fill the system with fresh coolant.

Having started the engine, we make sure that there are no air pockets in the system and the engine overheats.

If there is an additional heater in the car, after starting the engine, turn on the electric pump.

All work should be carried out only on a cold engine.

Unscrew the plug of the expansion tank and open the heater valve.

We put a hose of suitable diameter on the drain tap pipe. 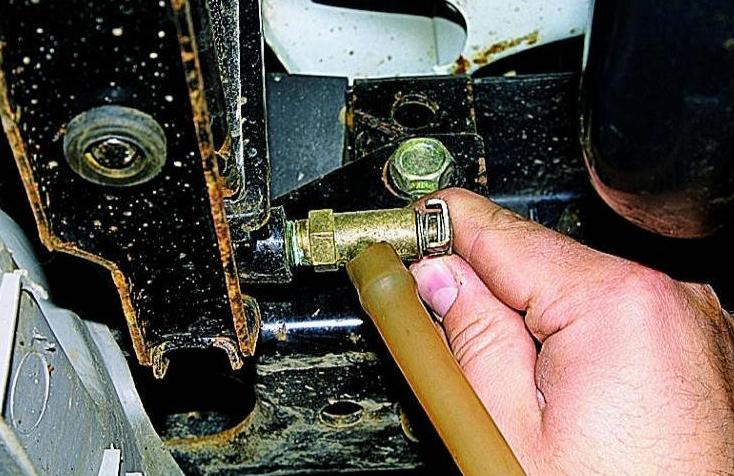 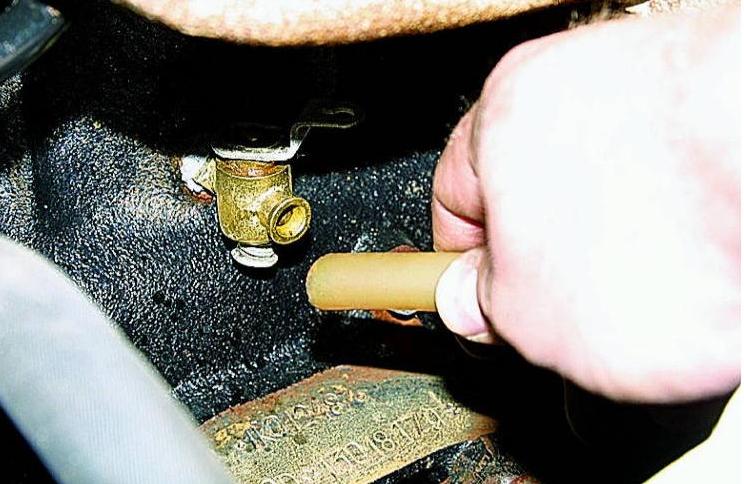 Having lowered the hose of the radiator drain valve into a container (with a volume of at least 10 liters), open the valve and drain the coolant.

Remove the hose from the radiator tap 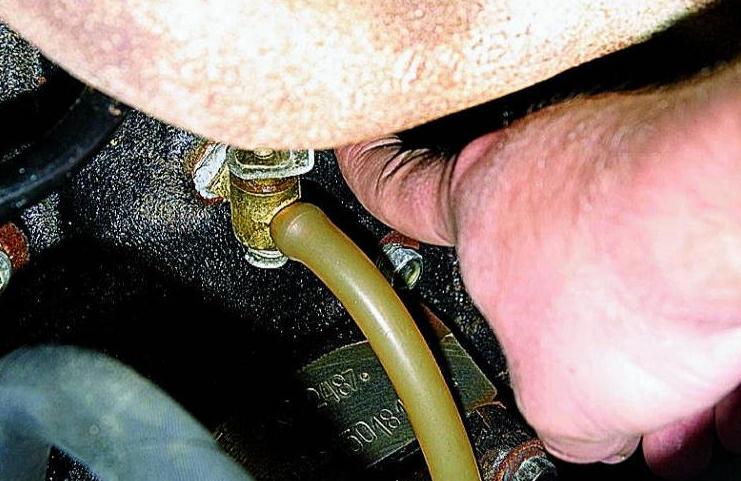 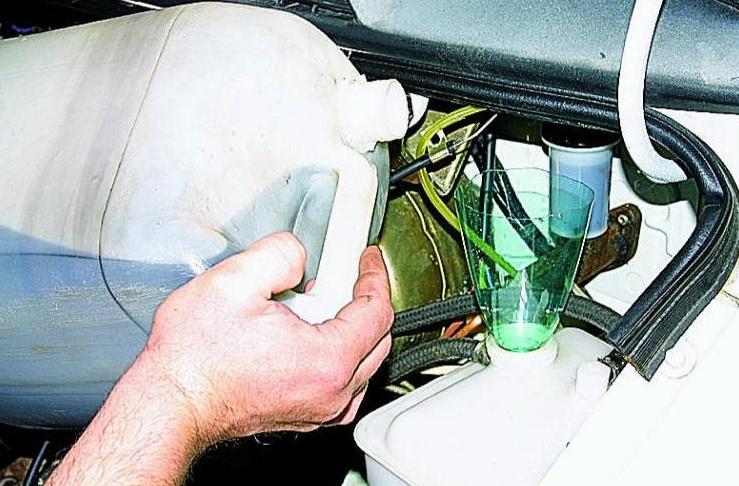 Putting on the tap located on the left side of the engine, we drain the remaining coolant from the cylinder block

Fill the system with water through the expansion tank. 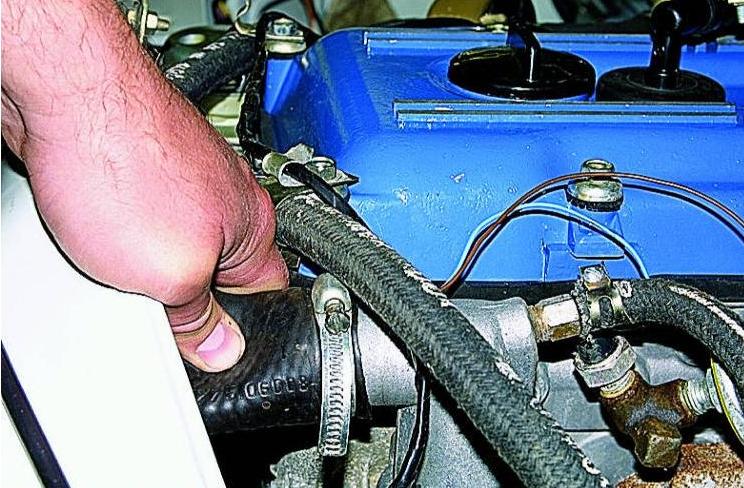 Start the engine for a few minutes.

Drain the water and, filling it with fresh water, flush the cooling system again.

In order not to spill liquid, insert a funnel into the expansion tank and slowly, in a continuous stream, pour coolant into it.