The front axle is removed from the car in the following sequence:

Raise the front of the car until the wheels are off the floor and place supports under the front; 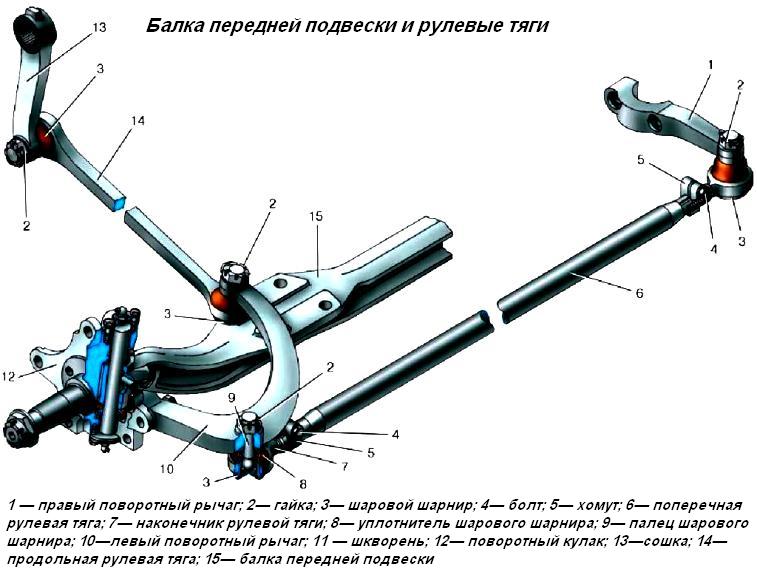 Put a jack under the beam, unscrew the nuts of the spring ladders and remove the front axle from the car.

The beam is installed in the reverse order.

Replacing the kingpin and bushings

The king pin 11 and the bushing are replaced when their total wear has reached 0.5 mm.

The kingpin and bushings can be replaced without removing the front axle from the car, in the following sequence: 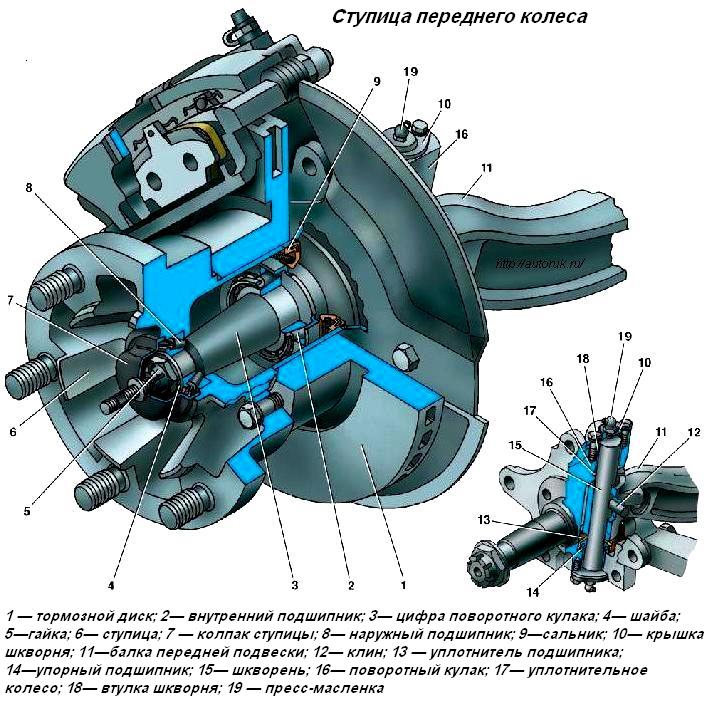 Before installation, lubricate the surface of the kingpin with a thin layer of grease;

The thrust bearing is replaced if its height wear exceeds 1 mm.

When the gap is less than 1mm, a steel spacer of the appropriate thickness is installed between the upper knuckle boss and the beam boss.

To replace the thrust bearing and install the shim, you must first perform the operations in the sequence indicated for replacing the kingpin

After the kingpin is knocked out of the thrust bearing area, remove the worn one, put in place a new bearing, raise the steering knuckle until the bearing is pressed firmly against the beam, measure the gap between the upper knuckle boss and the beam boss with a feeler gauge.

If the latter exceeds 0.15 mm, install an adjusting shim into the gap, then assemble the axle in the reverse order of disassembly.

Replacement of the tie rod joint must be done in the following order:

Fig. 4 Pressing out the steering link pin with a universal puller 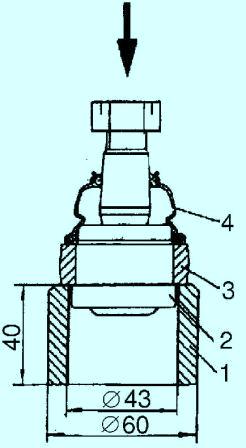 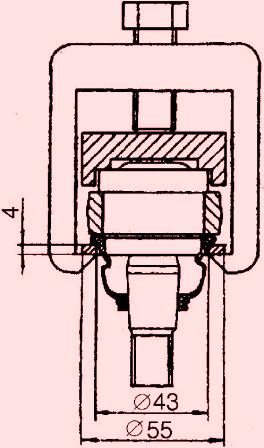 Fig. 6. Pressing in the steering link

Fig. 7. Pressing in the hinge cover

Replace the tie rod joint in this order:

Next, the hinge is replaced in the sequence indicated for the longitudinal link.