The idle speed controller serves to maintain the set idle speed of the engine unchanged when it is started, warmed up and load changes caused by the inclusion of auxiliary equipment

The indicator lamp in the instrument cluster comes on.

Loosen the clamps and disconnect hoses 1 and 2 from the regulator 5.

Disconnect the wiring harness from the connector 4 of the regulator 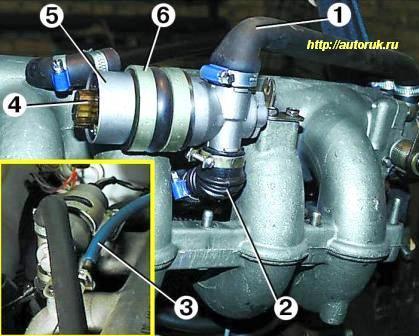 Unscrew the two bolts 3 fastening and remove the regulator.

Apply 12 V DC to the middle pin of the regulator connector and alternately to the side pins.

This should rotate the shutter to open or close the inlet port. If this does not happen, then the regulator is faulty and needs to be replaced. 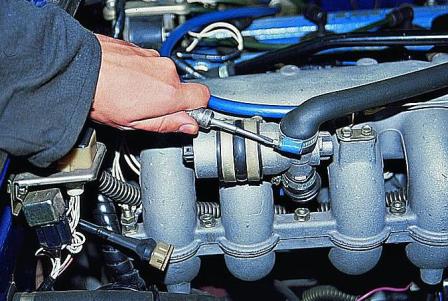 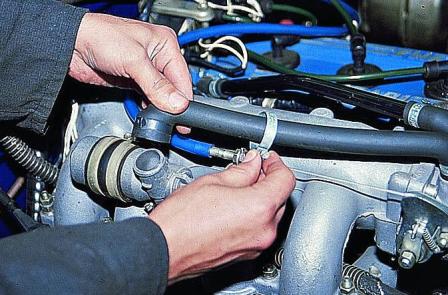 Loosen the clamp with a screwdriver 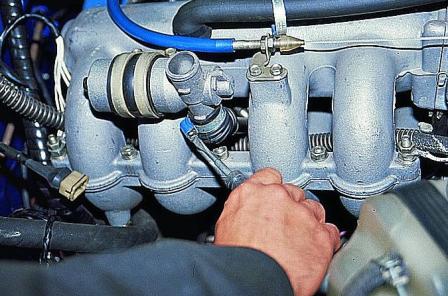 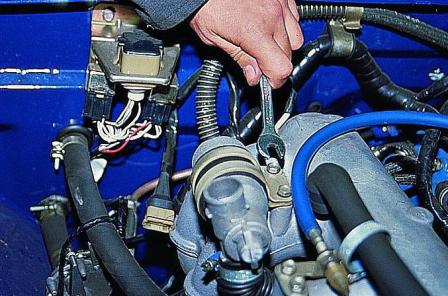 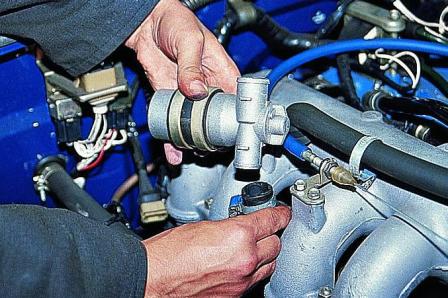 Loosen the lower hose clamp with a screwdriver.

Using a 10 key, we unscrew the two bolts securing the regulator to the intake system receiver. 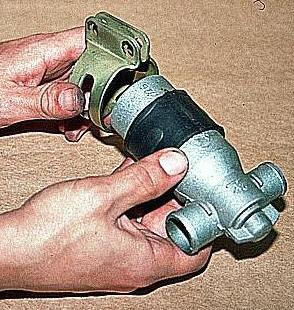 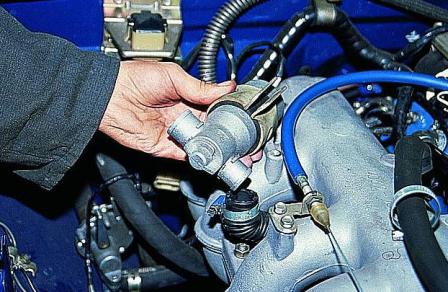 Remove the steel clamp and rubber tube from the regulator.

Install the regulator in reverse order

During installation, we are guided by the diameter of the regulator nozzles - the inlet is larger and should be located on top

Turn off the ignition and remove the negative terminal from the battery. 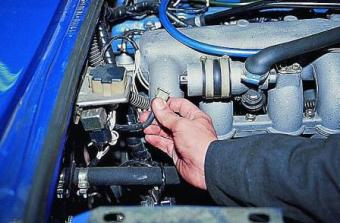 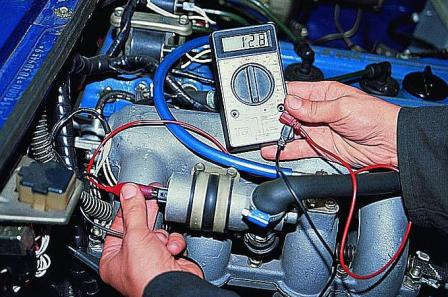 With an awl or a thin screwdriver, we snap off the block clamp and disconnect the regulator connector.

We measure the resistance of the two windings of the regulator with an ohmmeter, for which we connect one probe of the device to the central terminal, and the other to the extreme ones in turn.

For a working regulator, the resistance of each winding should be in the range of 10-14 ohms. 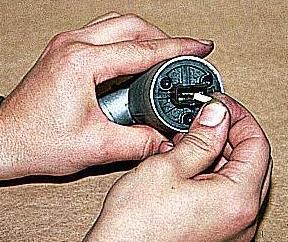 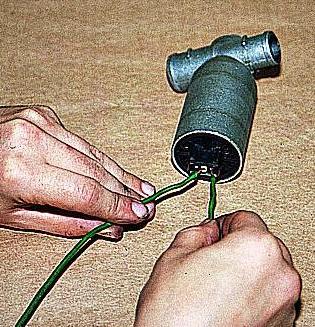 Having removed the regulator from the engine, we put it on the centralth output is a piece of PVC tube and insert the end of the bare wire into it.

We connect the central terminal with the plus of the battery, the minus - alternately with the extreme ones.

In one case, the damper should open completely, in the other it should close

If it doesn't, shake the control slightly to make sure the damper is not sticking.

We replace the defective regulator.