The cylinder block is cast in gray cast iron.

There are coolant channels between the cylinders

Cylinders are made without insert sleeves. 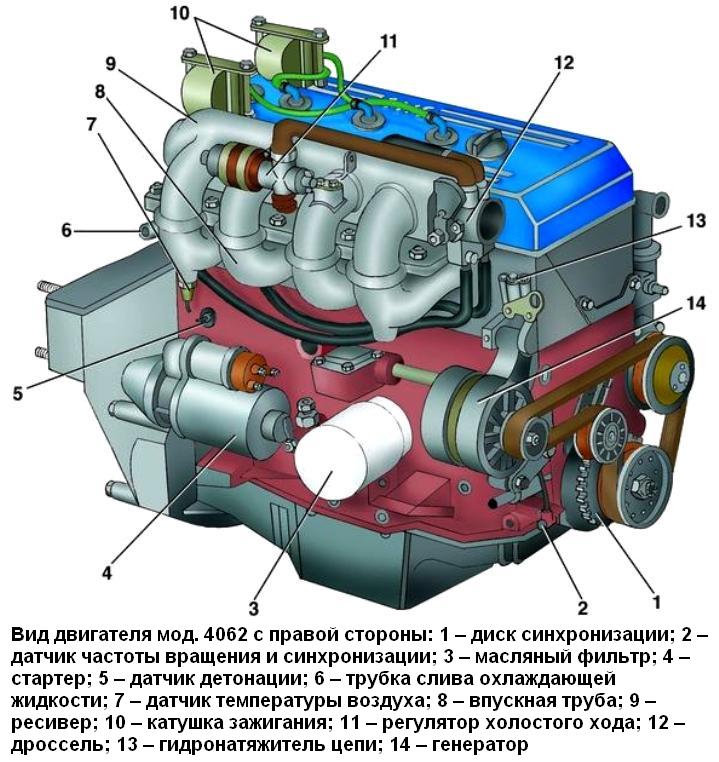 There are five crankshaft main bearings at the bottom of the block.

The main bearing caps are made of ductile iron and are attached to the block with two bolts.

The bearing caps are bored together with the block, so they cannot be interchanged.

On all covers, except for the third bearing cover, their serial numbers are stamped.

The cover of the third bearing, together with the block, is machined at the ends to install thrust bearing half washers.

The chain cover and stuffing box with crankshaft seals are bolted to the ends of the block.

The oil sump is attached to the block from below.

At the top of the block is a cylinder head cast from an aluminum alloy. It has intake and exhaust valves.

There are four valves per cylinder, two intake and two exhaust.

The valves are driven by two camshafts through hydraulic tappets.

Maintenance and repair of the engine are described in the articles:

Camshafts of the ZMZ-406 engine

How to check the camshaft sensor ZMZ-406