How to remove and install a Gazelle car heater

The Gazelle car heater consists of a plastic casing in which a radiator is installed, two fans mounted on the motor shaft, upper, central and lower dampers and a control panel with three levers and switches

An additional resistor is installed on the left side of the heater, which provides reduced fan speeds. 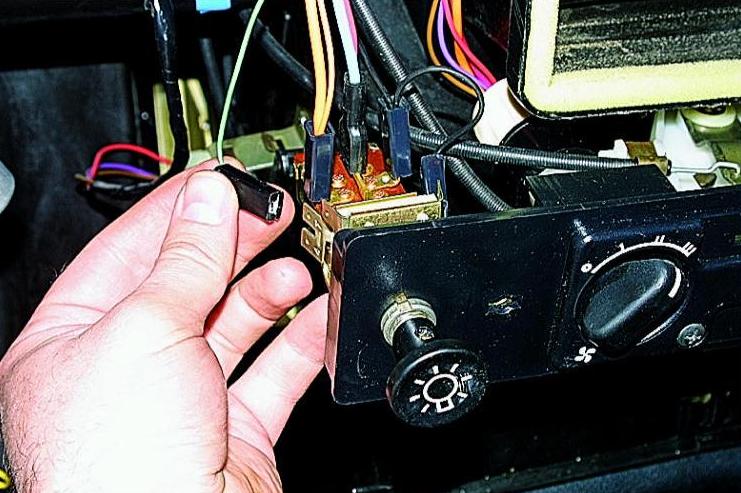 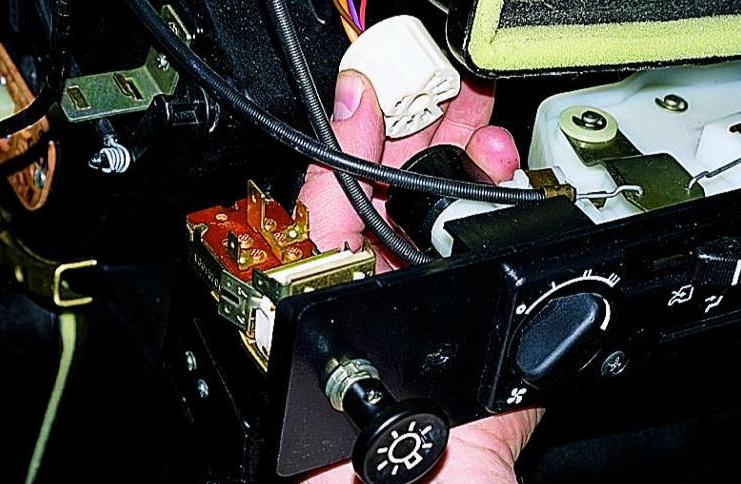 Remembering or writing down the connection order, disconnect the wires from the central light switch.

Disconnect the plug from the main heater switch 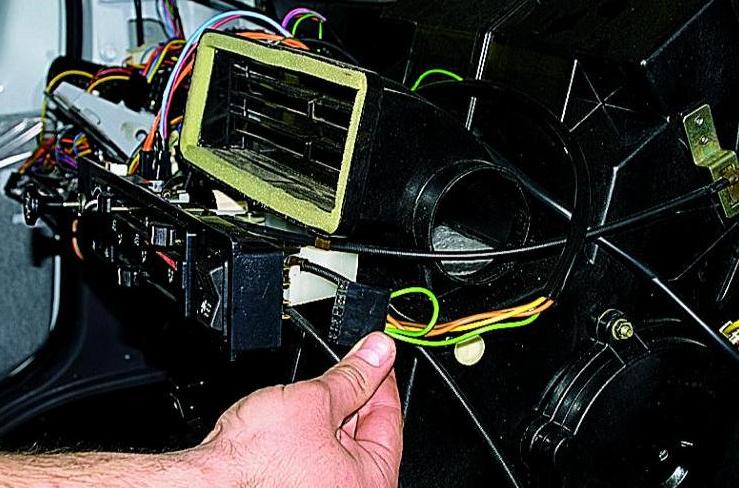 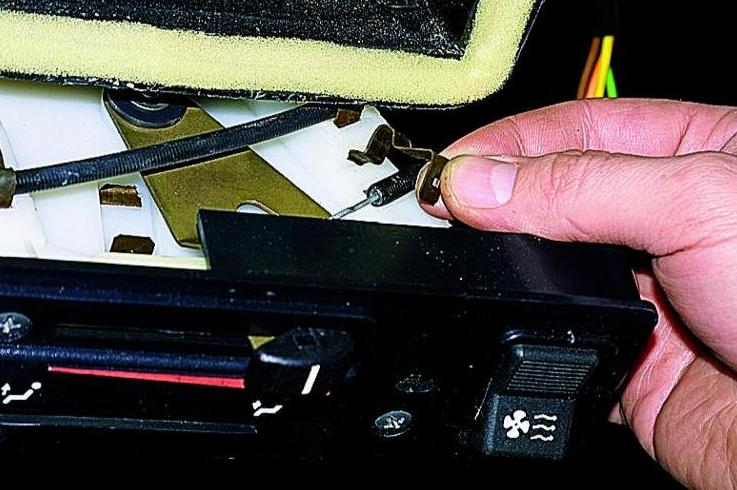 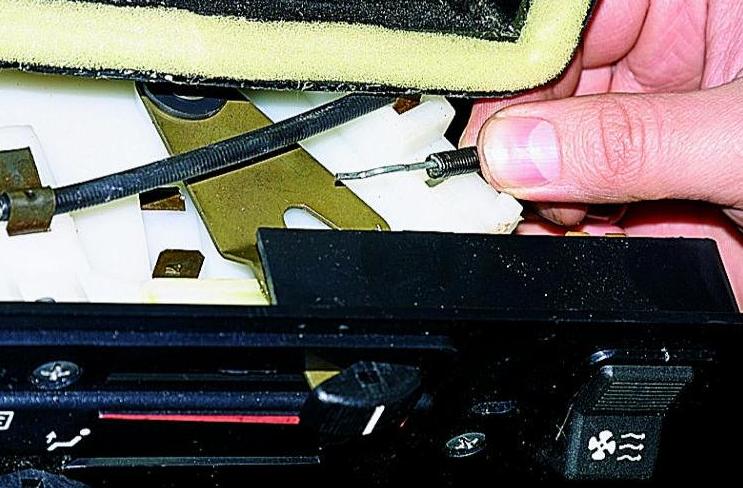 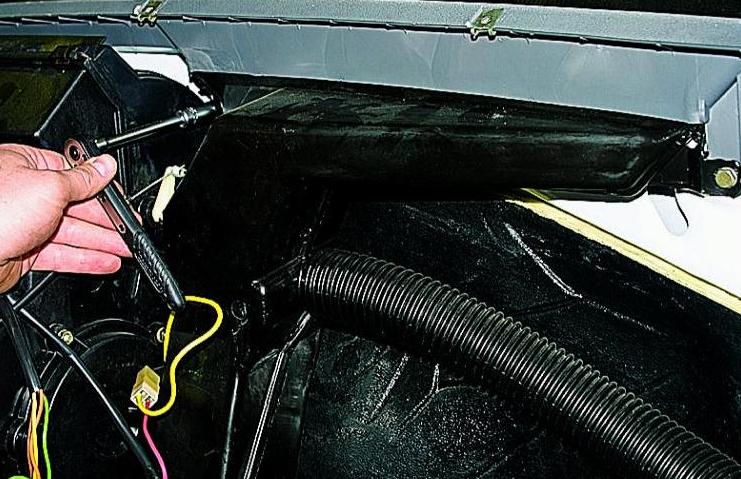 Disconnect the heater tap rod from the control panel.

With a key or a “10” head, we unscrew the two bolts securing the windshield blower pipe. 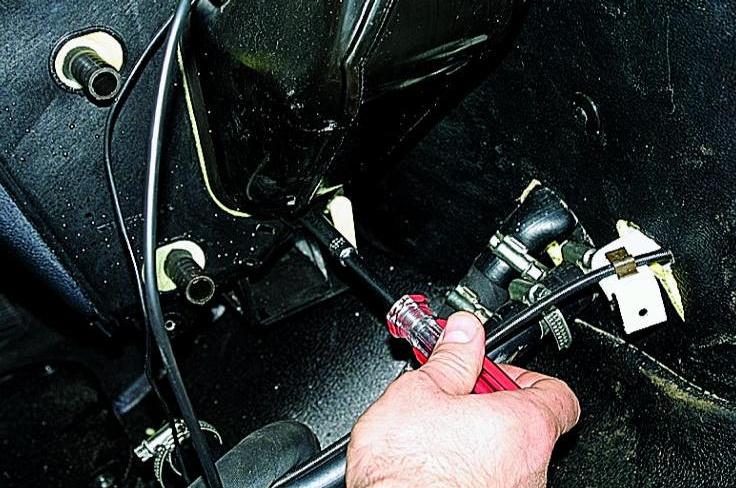 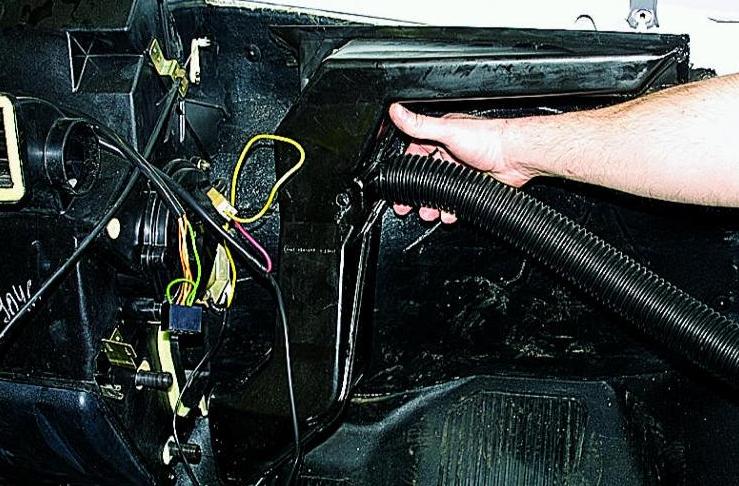 With the “8” head, we unscrew the self-tapping screw of the lower fastening of the windshield blower pipe.

Remove the right blower pipe with a hose. 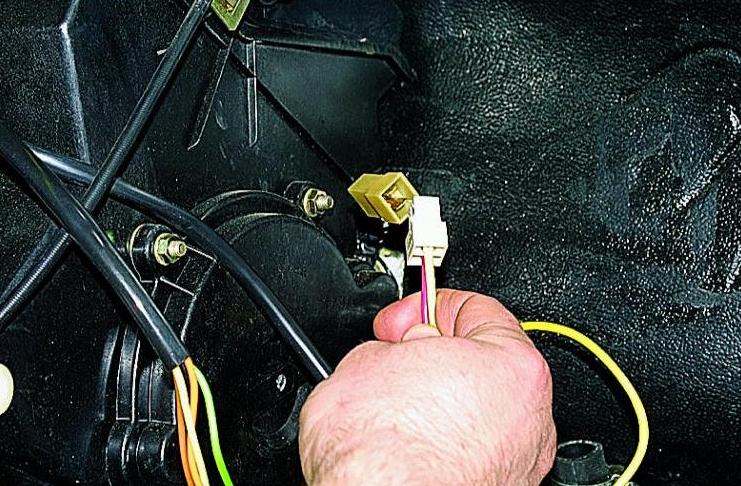 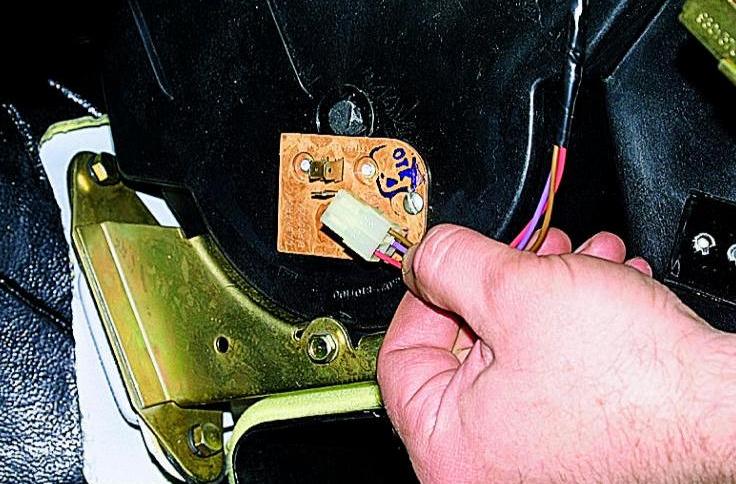 Disconnect the connector from the heater motor.

Remove the plug from the resistor leads. 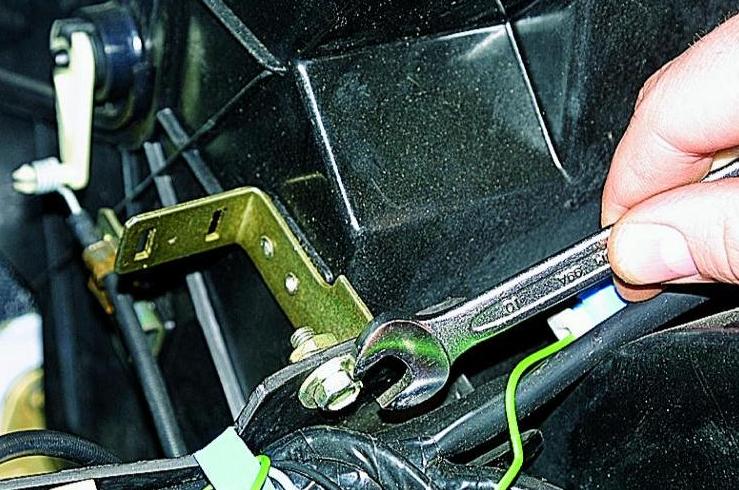 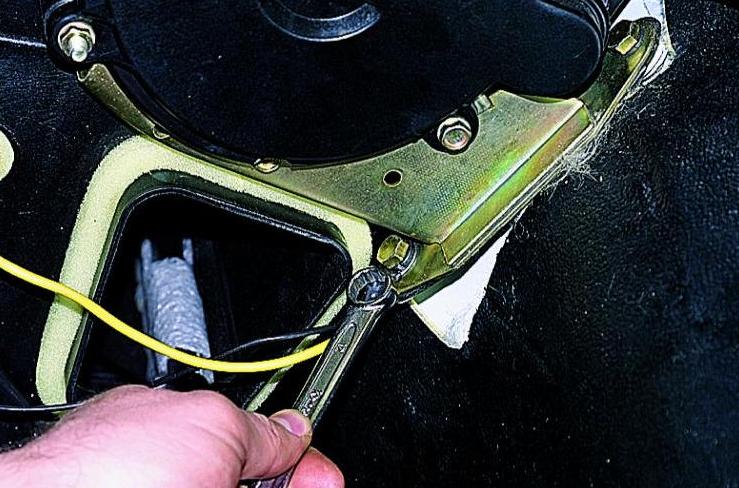 Using the “10” key, we unscrew the bolt securing the plastic gutter of the wiring harness.

Using the “12” key, we unscrew the four bolts securing the heater to the body.

Under the lower bolt there is a tip of the "mass" wire. 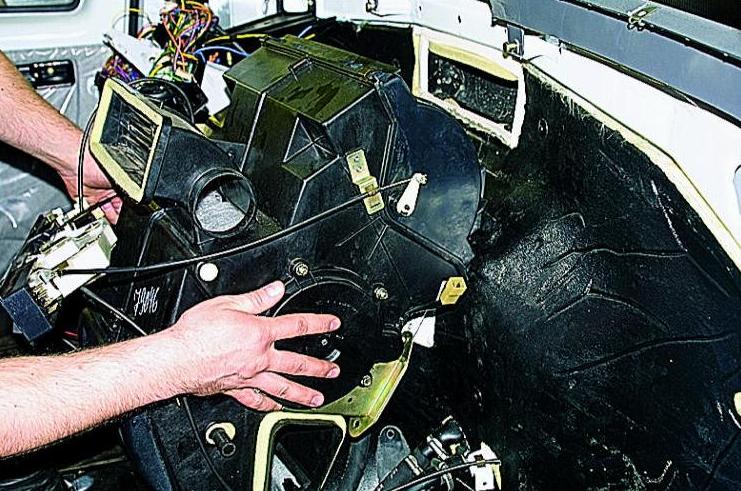 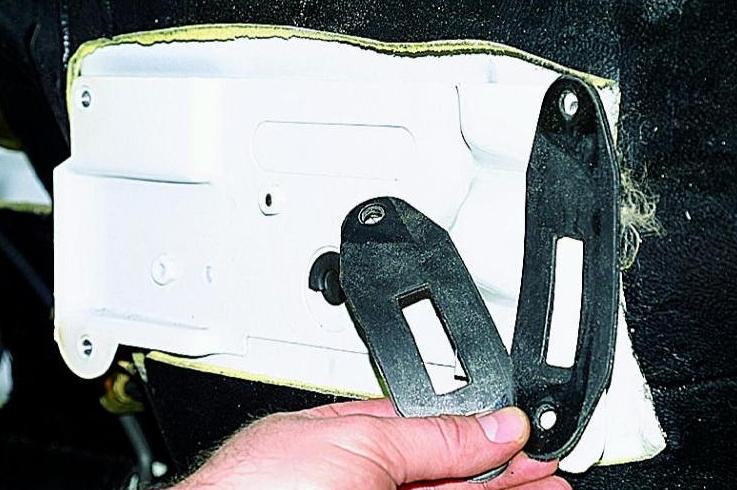 Slightly raising the heateh, remove it together with the brackets

Sealing gaskets are installed between the heater brackets and the body

The second way to remove the heater is without brackets

To do this, remove the electric fan and unscrew the two bolts securing the brackets to the heater.

Install the heater in the specified sequence:

- install the heater brackets with gaskets on the motor shield and wrap the bolts of their fastening. We "dress" the heater on the brackets, at the same time winding the loop of its attachment to the body bracket.

We wrap the bolts of the brackets to the heater and connect the wires and hoses.