How to repair an additional heater for a Gazelle car

In the cab of a car with three rows of seats, an additional heater is located on the floor behind the passenger seat (or under it)

In buses, an additional heater is installed on the floor under the seat in front of the passenger compartment

The auxiliary heater is operating in indoor air mode.

Repeated passage of internal air through the heater radiator provides a high intensity of heating of the cabin (interior). 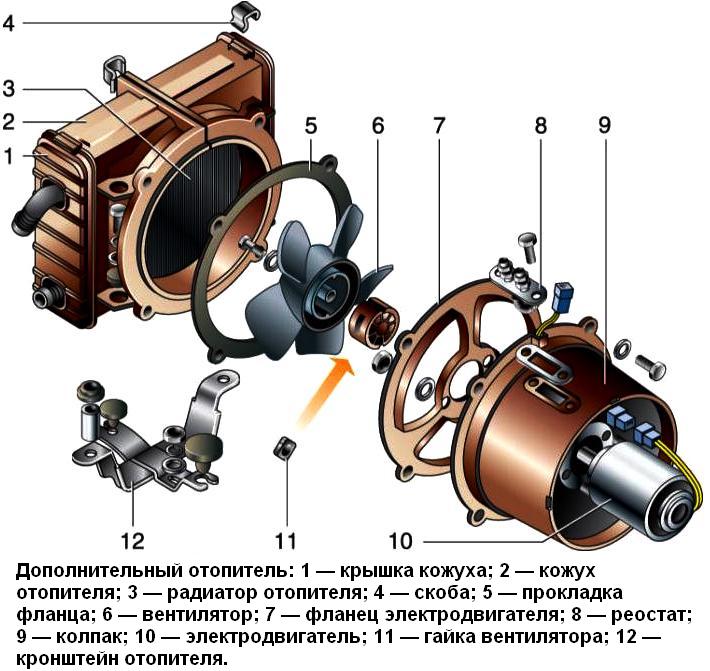 The auxiliary heater device is shown in the figure.

In the heating system of these vehicles, an electric pump is used, which provides an increase in fluid flow in the system, which improves the heating of the cabin (interior). 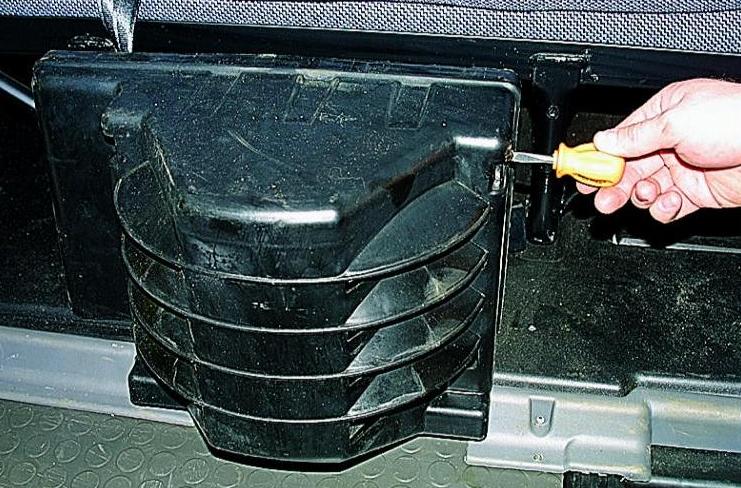 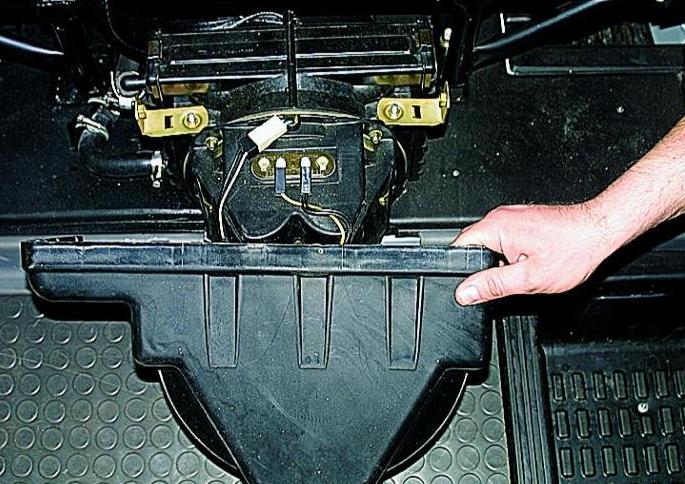 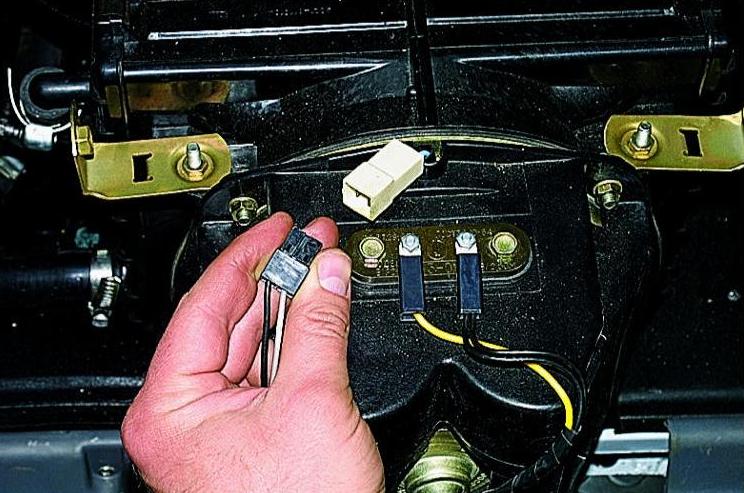 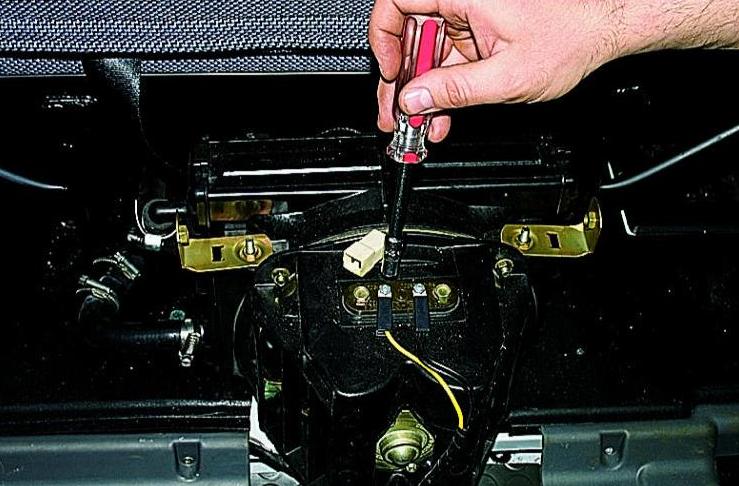 Disconnect the plug from the heater motor.

Using a key or a “7” head, unscrew the two nuts securing the wires and disconnect them from the terminals of the motor resistor. 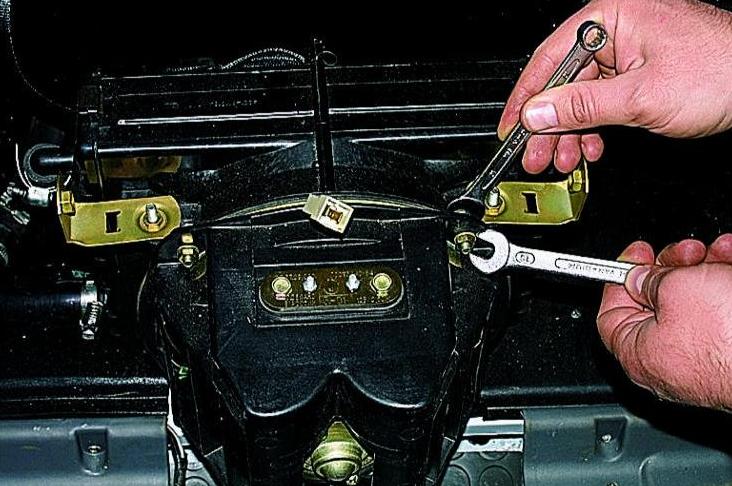 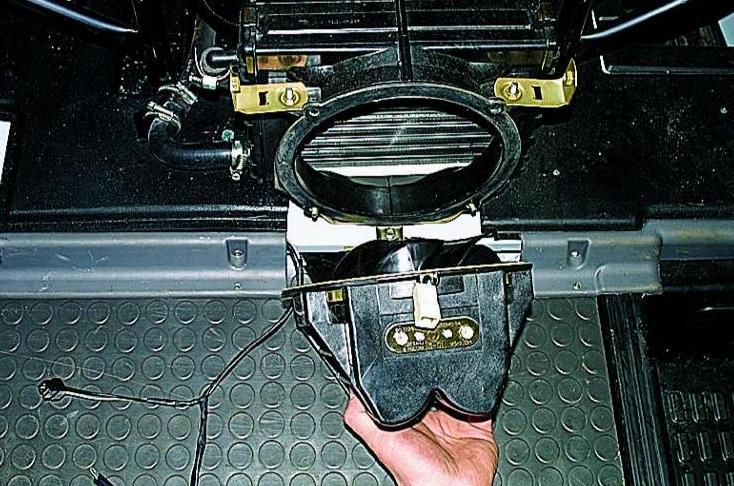 While holding the bolts of the motor cap from turning with a “10” wrench, unscrew the four nuts with the same wrench

Remove the cap along with the electric motor 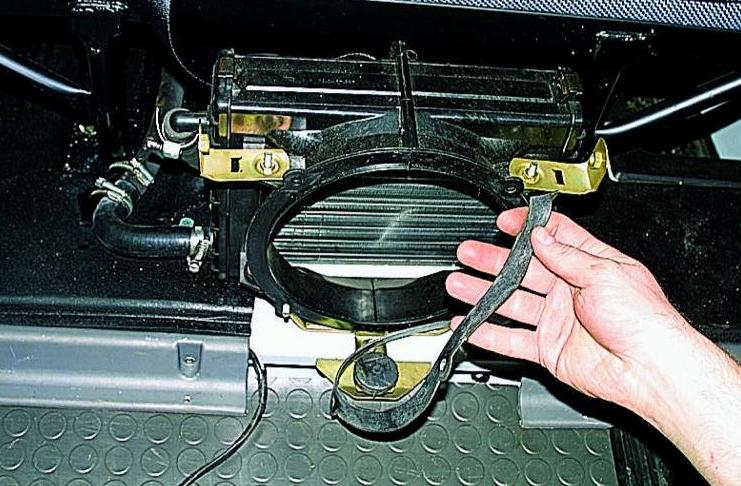 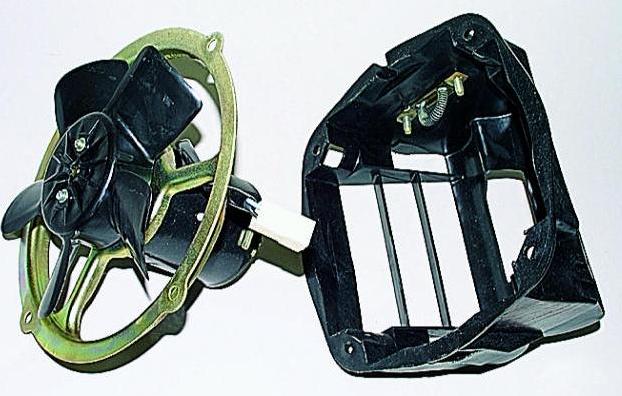 A rubber sealing ring is installed between the cap and the heater casing.

Remove the electric fan from the cap. 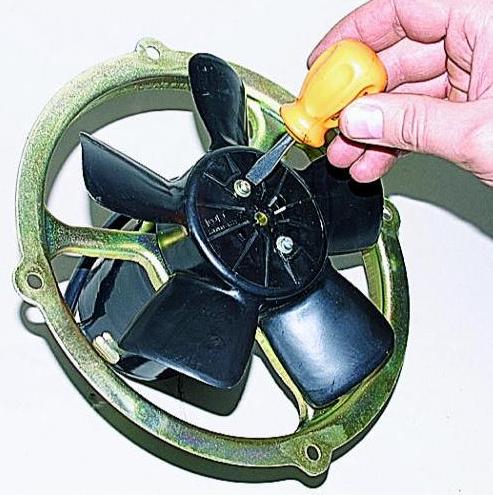 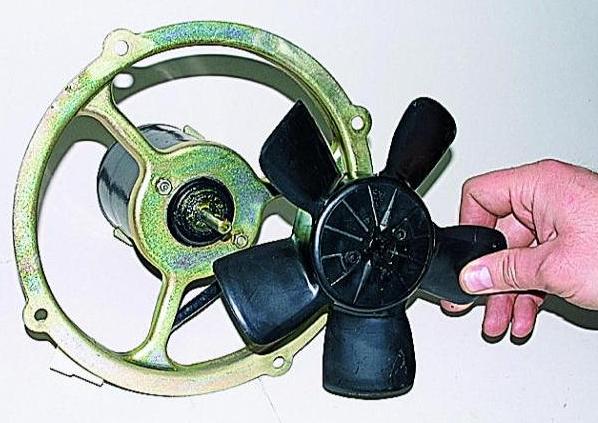 Use a screwdriver to unscrew the two screws

Remove the impeller from the motor shaft. 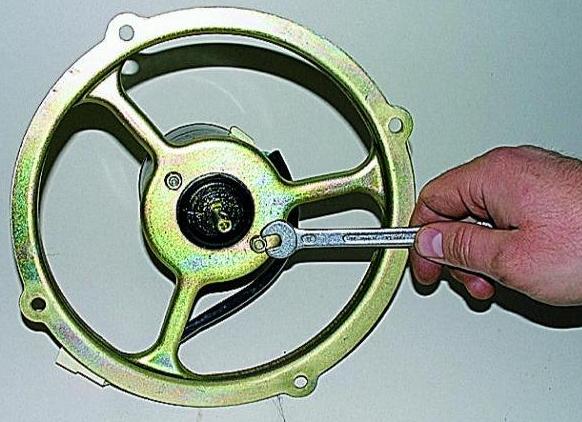 Use the “8” key to unscrew the two fastening nuts 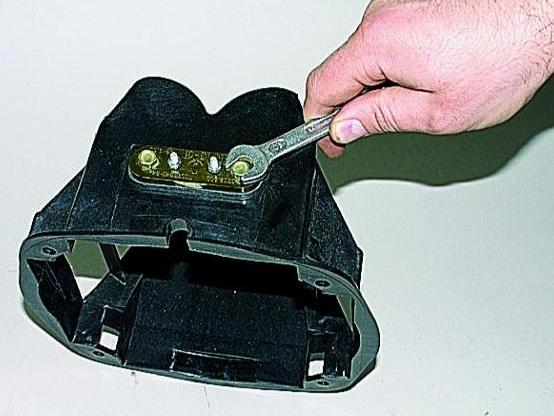 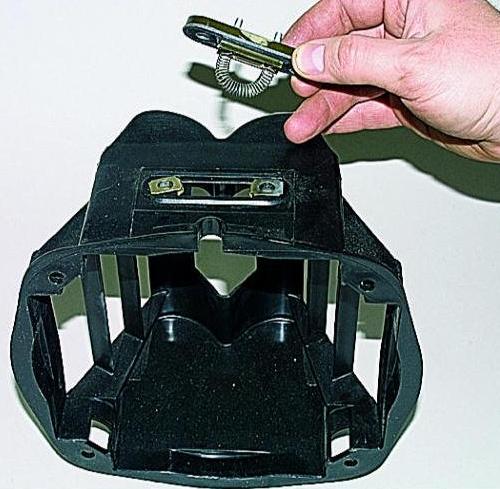 Using the “10” key, we unscrew the two fastening bolts

Having replaced the defective parts, we assemble and install the electric fan in the reverse order. 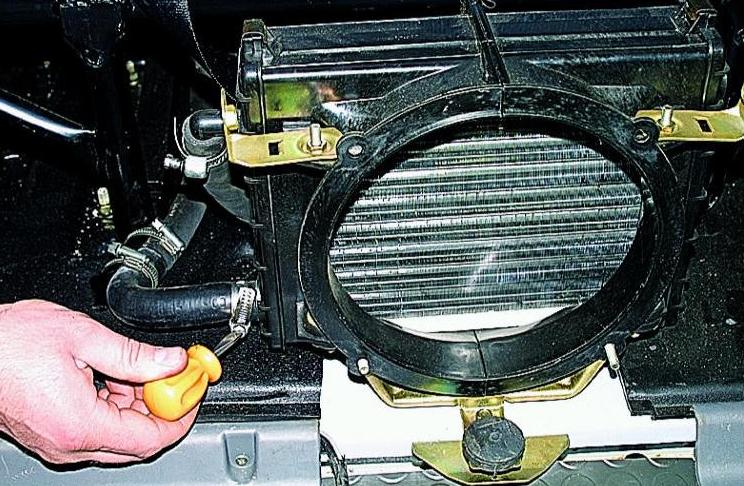 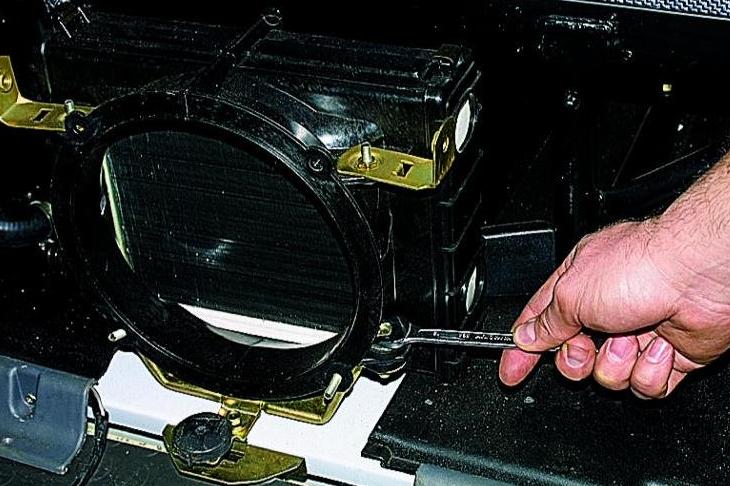 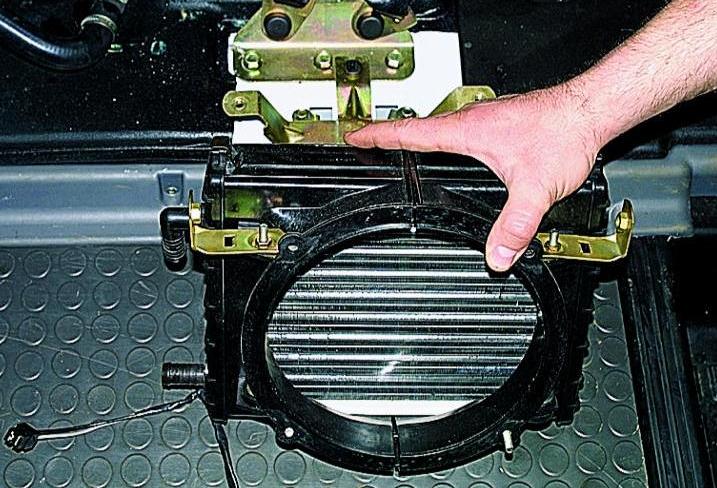 Using a screwdriver, loosening the clamps, remove the hoses from the additional heater radiator pipes

Using the “12” key, we unscrew the two bolts securing the radiator shroud to the bracket.

Remove the radiator of the additional heater with the casing. 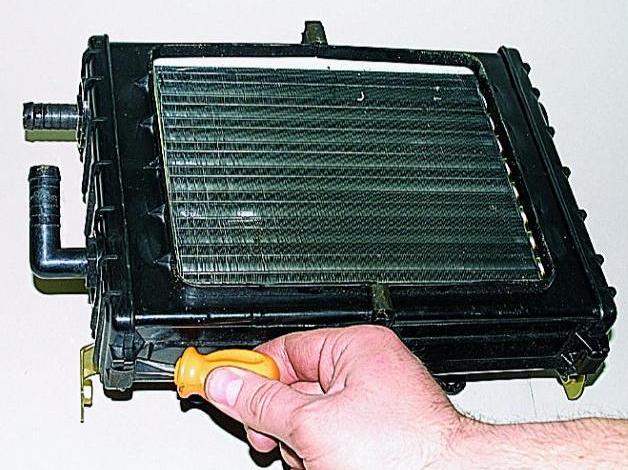 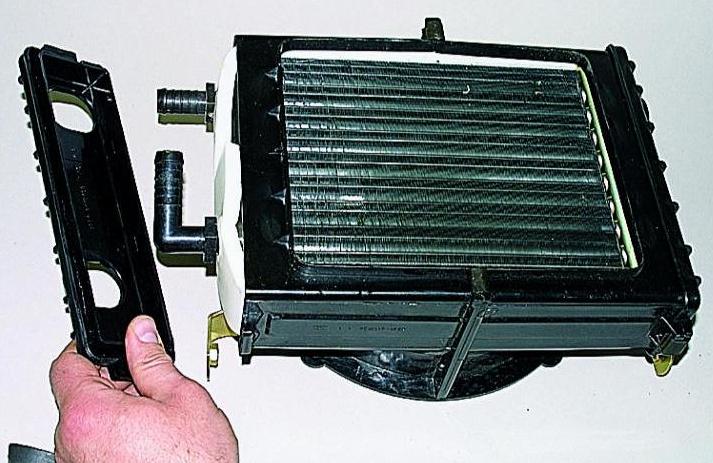 Use a screwdriver to “snap off” the two fastening brackets 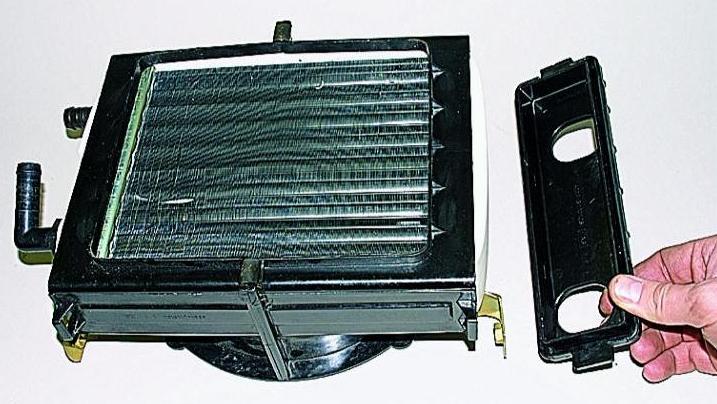 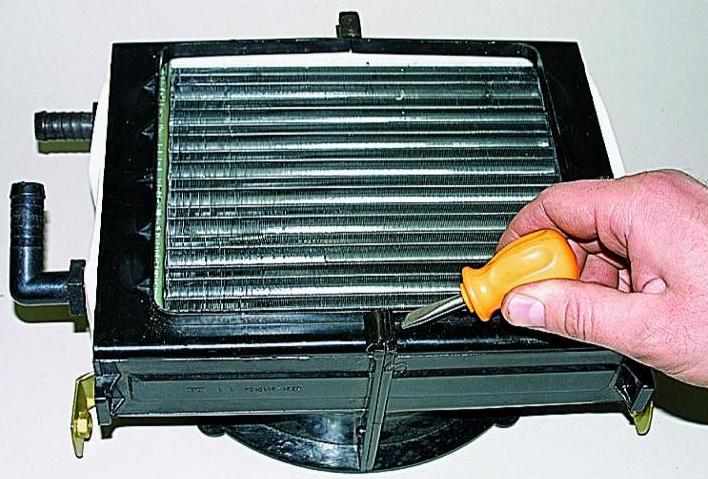 Remove the second cover in the same way.

Having disconnected the halves of the heater housing, we remove the radiator from it.

When replacing the radiator with a “19” key, we unscrew the plastic pipes from it and, if necessary, rearrange them to a new radiator

We install the radiator in the reverse order, after which we fill the cooling system with liquid.