General view and cross section of the engines are shown in the figures.

Both are similar in design, but the engine mod. 4021 deformed.

Cylinder block cast from aluminum alloy. Cylinder liners cast from wear-resistant cast iron are inserted into it. In the lower part of the block, five main bearing supports are made. 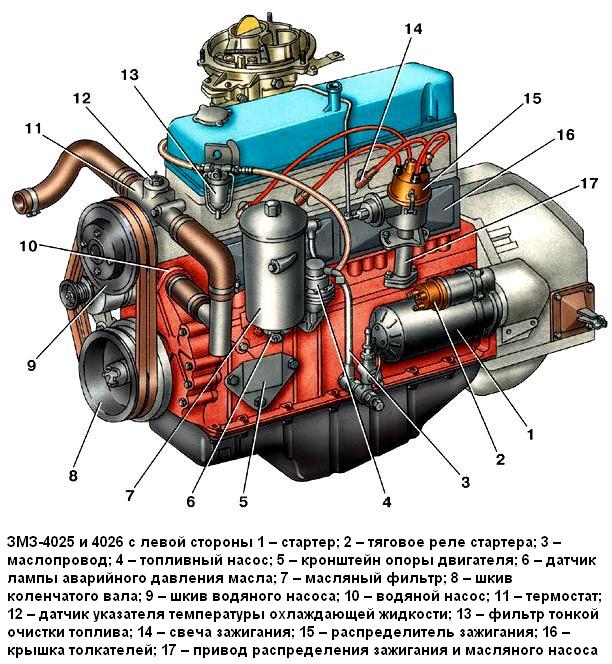 The main bearing caps are made of ductile iron and are attached to the block with two studs. Bearing caps are processed together with the block, so they cannot be interchanged.

The clutch housing is attached to the rear end of the block. 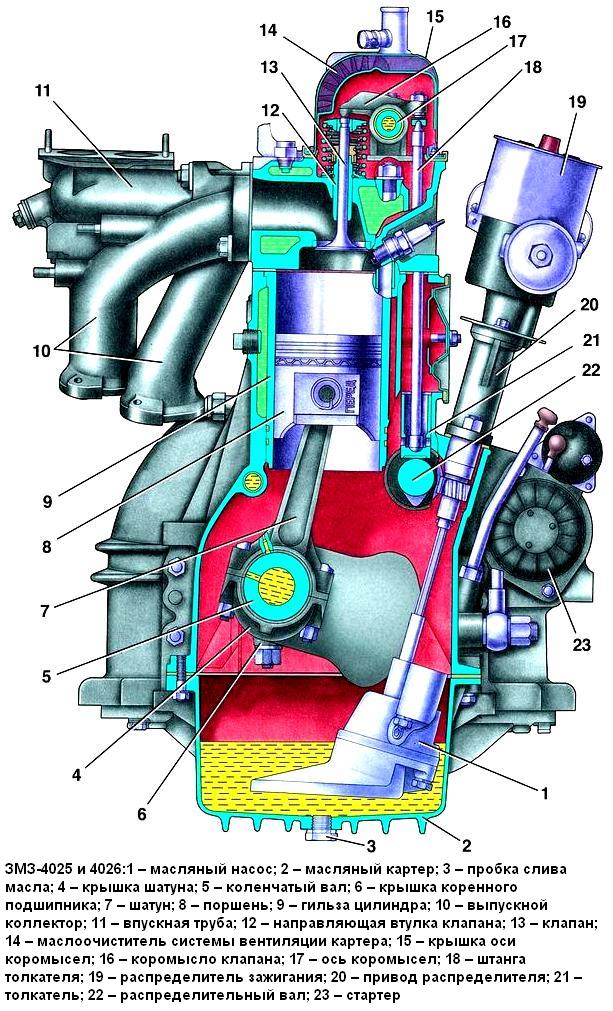 The valves are driven by a camshaft located in the cylinder block through pushers, rods and rocker arms. 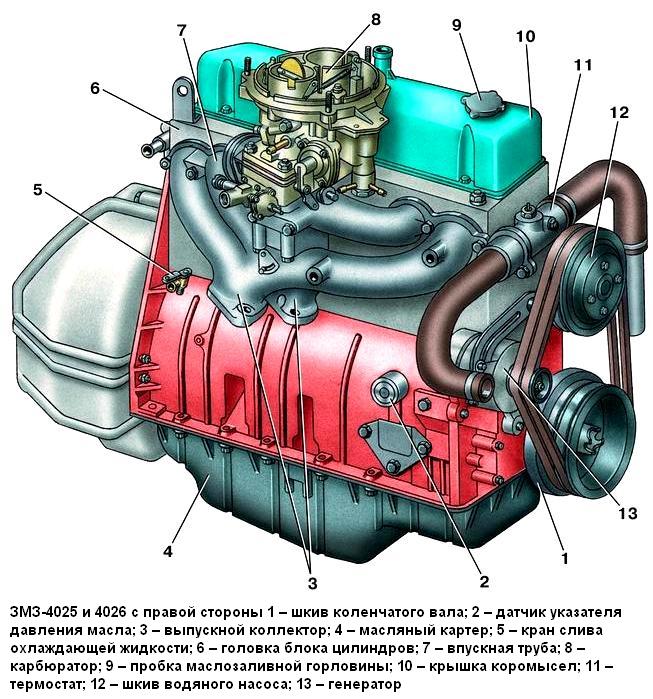 Pistons are cast from aluminum alloy, the piston bottom is flat.

The piston is installed in the cylinder so that this inscription is facing the front of the engine. Each piston has two compression rings and one oil scraper ring.

The top compression ring is cast from ductile iron. The working surface of this ring is coated with a layer of chromium to increase wear resistance.

The working surface of the lower compression ring, cast from gray cast iron, is coated with a layer of tin, which improves its running-in.

The oil scraper ring consists of four elements: two steel discs and two expanders, axial and radial. The working surface of the disks is covered with a layer of chrome.

The finger is kept from moving by two spring retaining rings, which are installed in the grooves of the piston bosses.

The nuts of the connecting rod bolts are locked with Unigerm-9 sealant.

In the rod of the connecting rod at the lower head there is a hole for lubricating the cylinder mirror. This hole should point to the right, away from the camshaft.

The shaft is kept from axial movement by thrust washers mounted on the front journal. At the rear end of the shaft there is a socket for installing the ball bearing of the input shaft of the gearbox.

A gray cast iron flywheel is attached to the rear end of the crankshaft with four bolts.