How to replace the lamps and taillights of a Gazelle car

Sooner or later, the bulbs in the rear lights burn out. It would seem that it would be easier: to take a new lamp, suitable for the size of the cap and voltage, and install it instead of the burned-out lamp

However, please note that the rear lights use lamps with the same base, but different power - 5 and 21 watts. And this is an important trifle.

If you install low-power bulbs in your brake lights and direction indicators, other drivers simply won't see your signals in inclement weather.

And powerful lamps in the "dimensions" can melt a plastic diffuser and a lamp reflector that is not designed for such a thermal load, and besides, they will greatly interfere with drivers who drive behind. 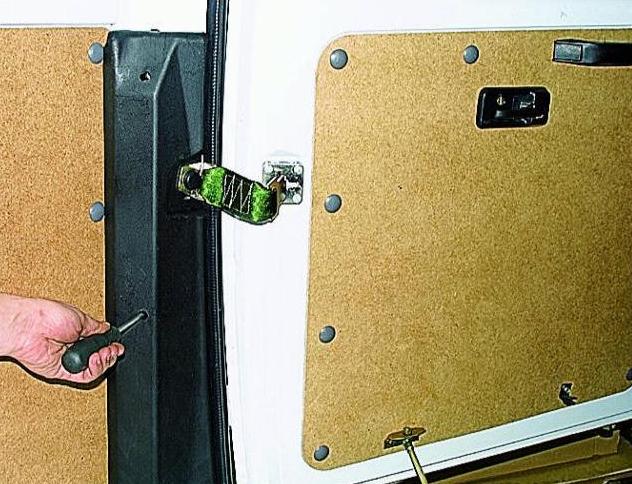 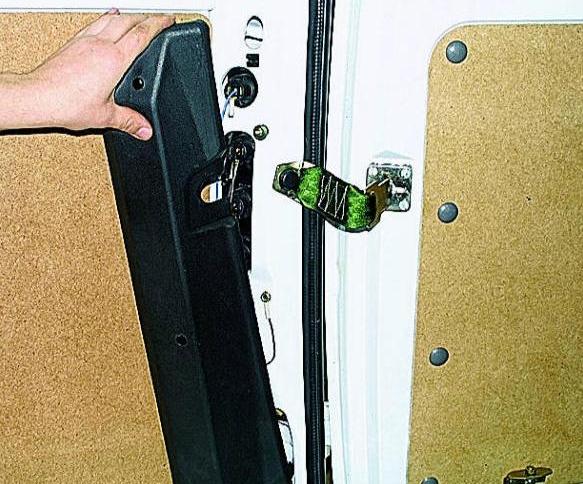 2. We remove the lining. 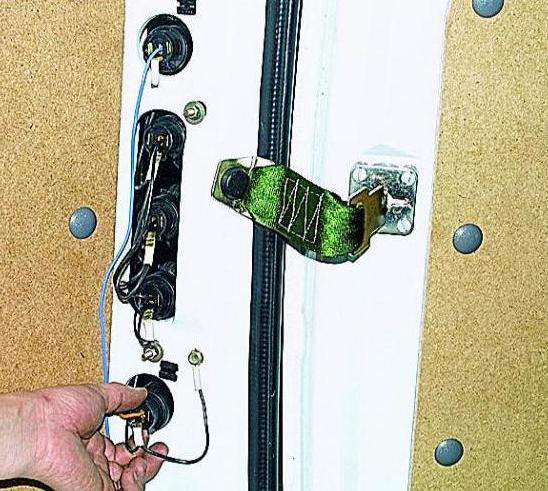 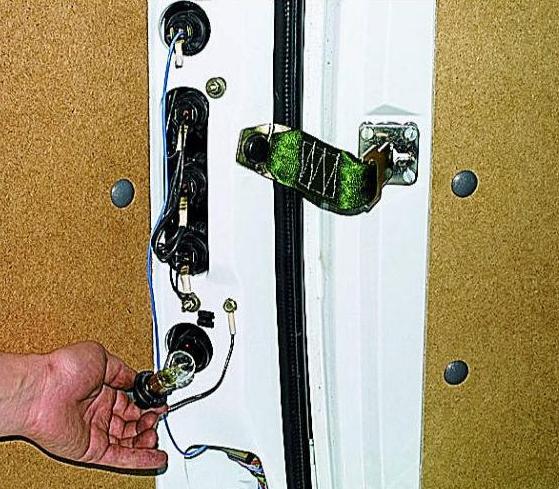 4. We take out the socket with the lamp. Replacing a faulty lamp. 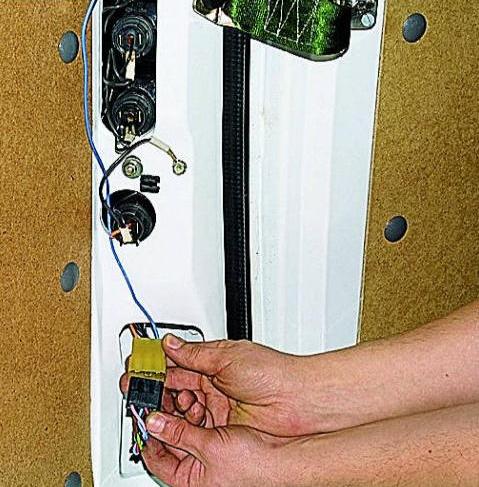 5. To remove the rear light, disconnect the battery.

Disconnect the plug that is installed on the wires going to the rear light. 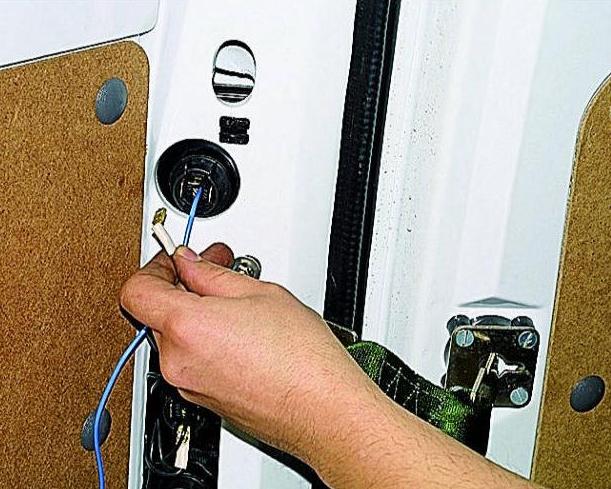 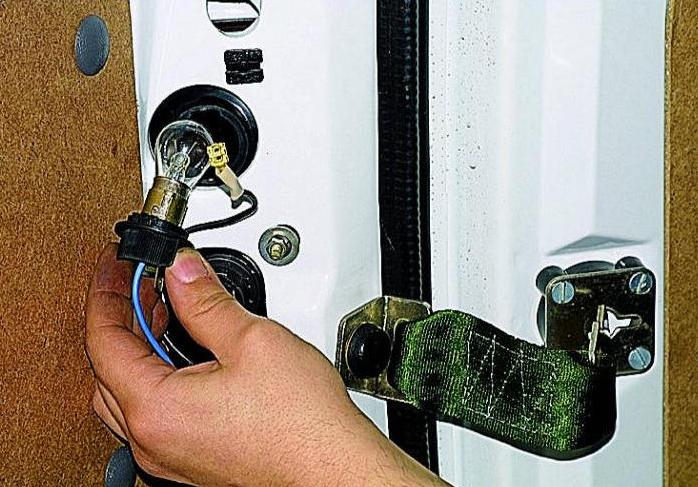 6. From the upper cartridge (if its supply wire is laid on top of the box), disconnect the "mass" wire

7. We take out the cartridge with the lamp. 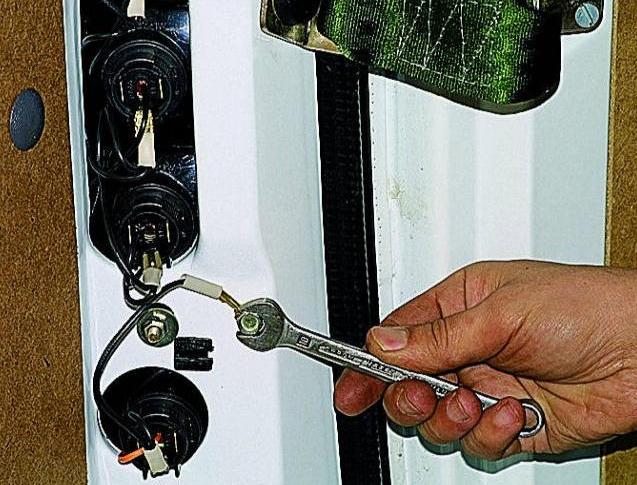 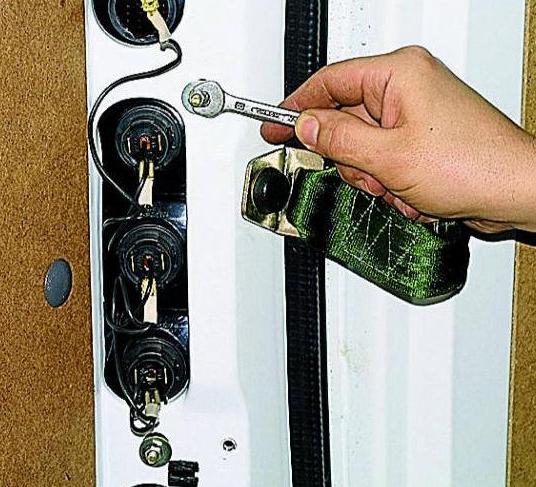 9. Further, it is desirable that the assistant holds the lantern from the outside, or we fix the lantern with tape.

Using the “8” key, we unscrew the two nuts securing the rear light. 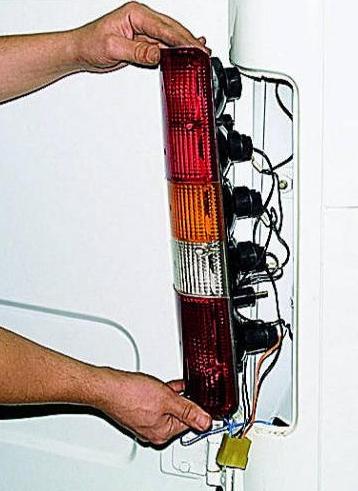 11. Before installing the rear light, we straighten the wires and, if they are mixed up, reconnect them to the terminals of the cartridges.

12. So that during operation the wires do not rub against the edges of the holes, we recommend laying them on top of the box, and not inside.

To do this, mark the order of installation of cartridges in the rear light and take them out along with the lamps. Installing the lantern in place 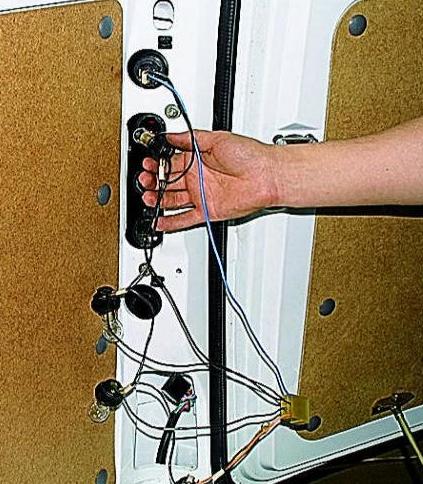 13. After that, insert the cartridges according to the marks made

Connecting the connector and installing the cladding

1. With a thin screwdriver, press on the latch 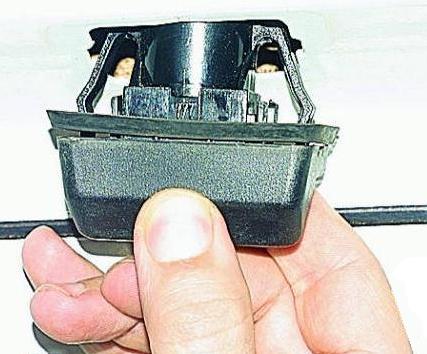 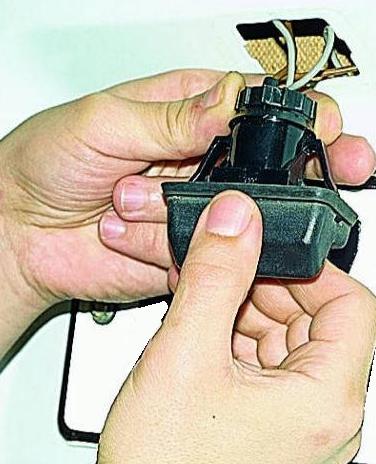 2. We remove the lantern.

3. Turn the cartridge counterclockwise and remove it from the flashlight 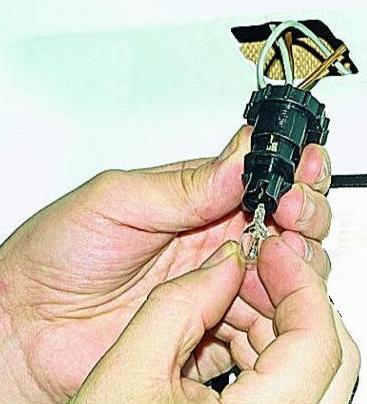 We change the faulty lamp by pulling it out

We assemble and install the lantern in the reverse order.