Replacing the rubber bushings of the GAZ-3110 lower arms

Mount the vehicle on a lift or a pit

Clean the mounting points of the levers from dirt.

If the vehicle is in a ditch, apply the parking brake, chock the rear wheels, raise the front of the vehicle and place it on jack stands.

Remove the wheel. Install a jack (preferably hydraulic) under the spring cup and, lifting the cup with it, load the spring.

If the car is mounted on a lift, first remove the wheel, and then place a stable support under the spring cup and, carefully lowering the car, load the spring. 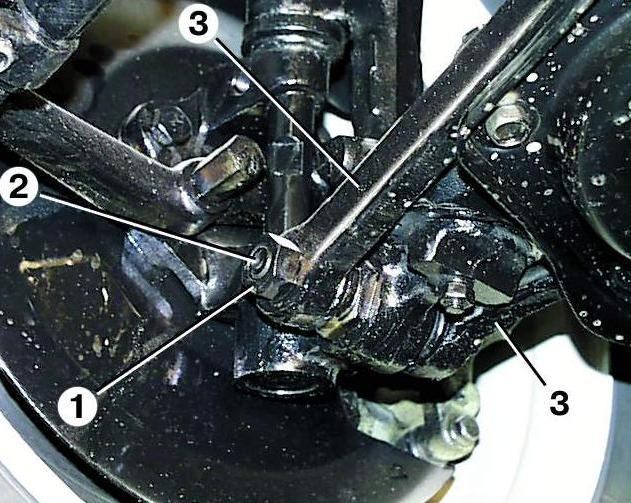 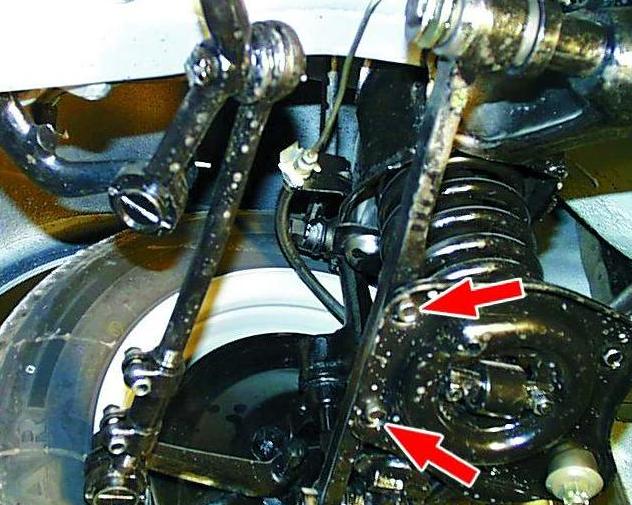 Unscrew the nut 1, remove the pin 2 and disconnect the lower arms 3 from the rack.

Remove the two bolts securing the spring cup to the lever. 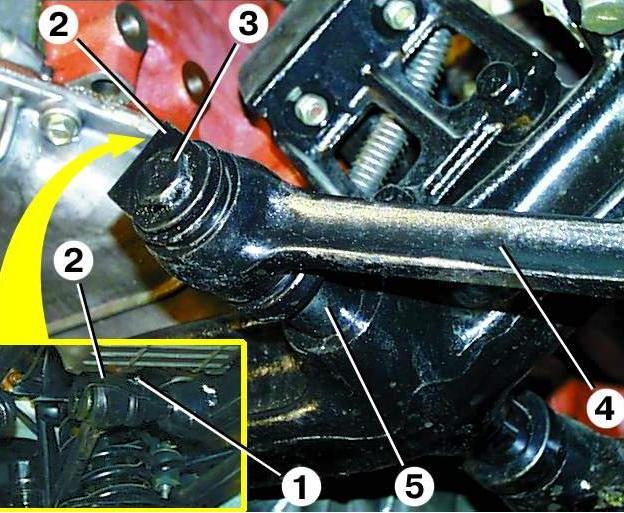 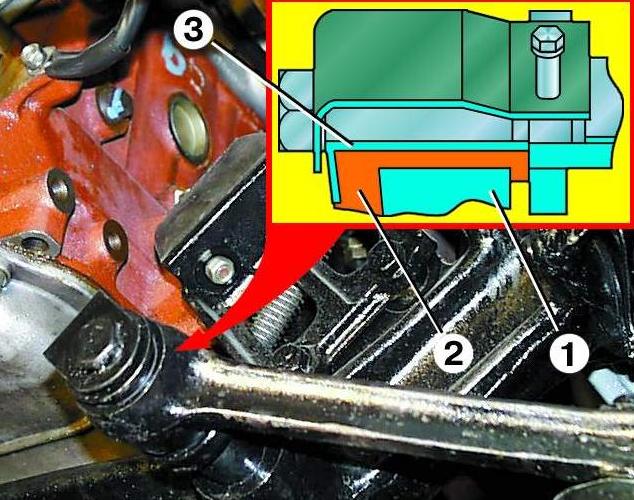 Remove or, if necessary, press the pin out of the lever. This does not exclude the possibility that the spacer sleeve 3 will remain on the finger.

In this case, the spacer must be removed from the finger by sawing it or carefully cutting it with a chisel.

Clamp lever 1 in a vise and press rubber bush 2 out of it.

Thoroughly clean the lever eye from dirt and possibly the remnants of the old bushing.

After moistening the new bushing with unleaded gasoline, insert the spacer bushing into it.

Press the rubber bushing assembly with the spacer into the eye of the lever using a mandrel.

Inspect the seat of the lever on the finger and, if necessary, clean the surface of the finger with fine sandpaper.

Insert your finger into the sleeve of the assembled lever.

We jack up the front of the car, place a stop under the spring cup and lower the car, compressing the spring.

The top buffer should move away from the stop. 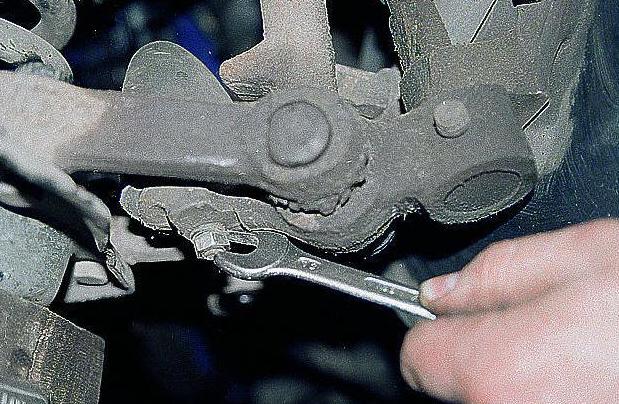 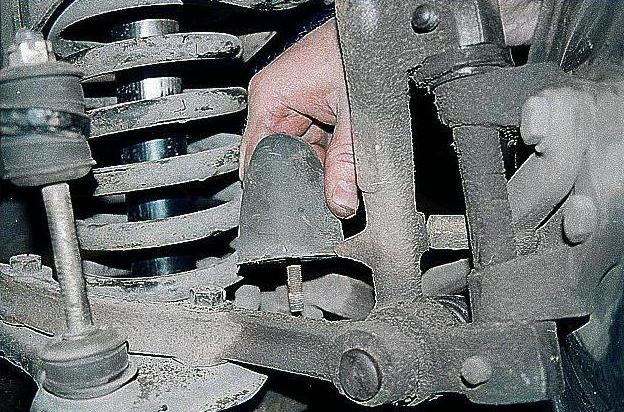 Use the 13 key to unscrew the nut. 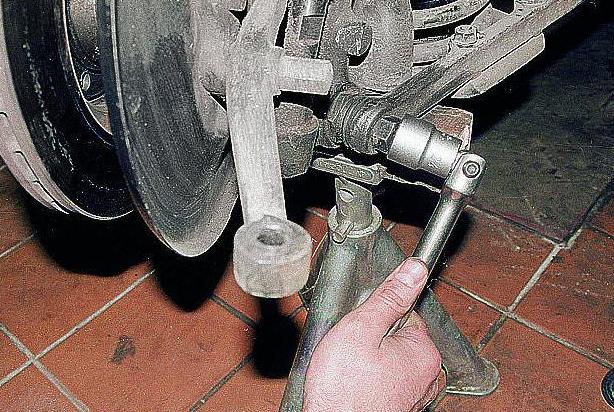 With a 22 head, unscrew the nut and take out the lower pin of the rack. 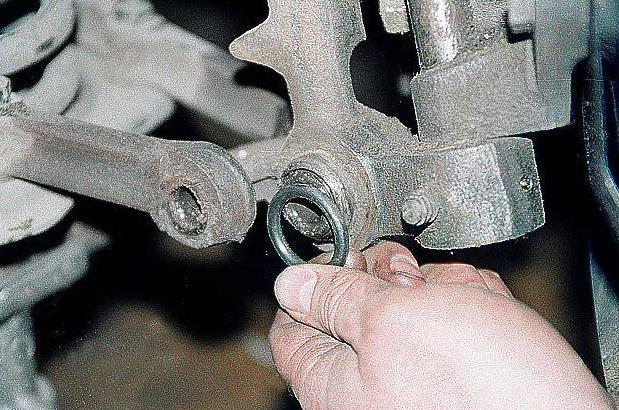 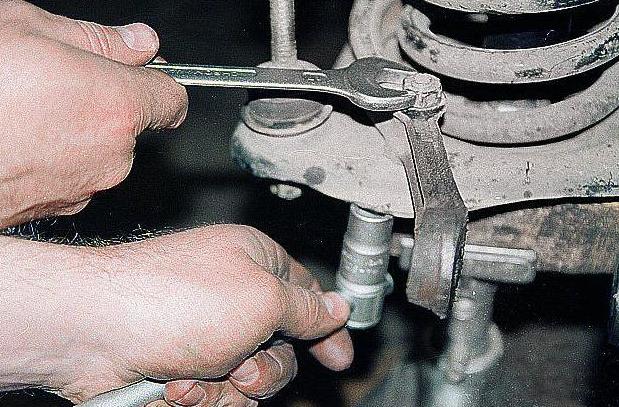 Remove the rubber protective ring of the threaded hinge.

Holding the bolts of the lever to the spring cup with a 14 head, unscrew the two nuts with a 17 wrench and disconnect the lever from the cup 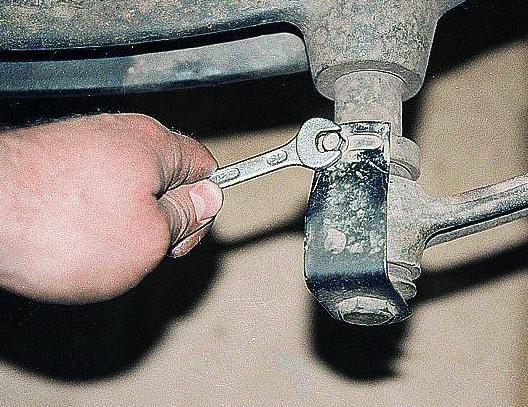 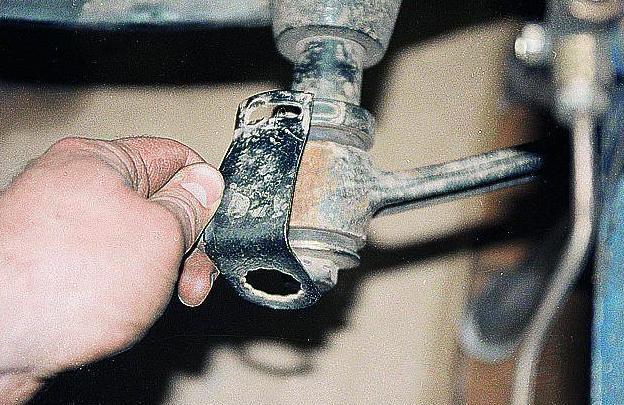 Use a 10 key to unscrew the bolt 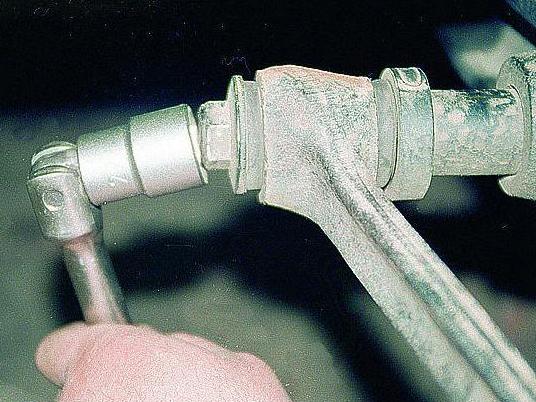 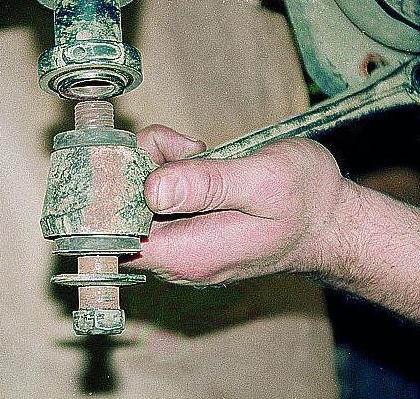 Turn off the finger with the head 22

In the same way, remove the second lever 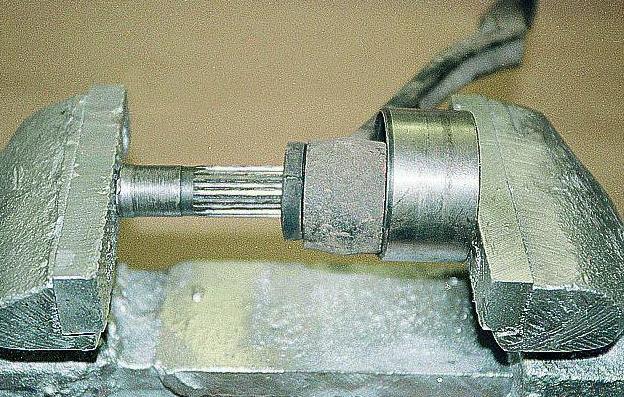 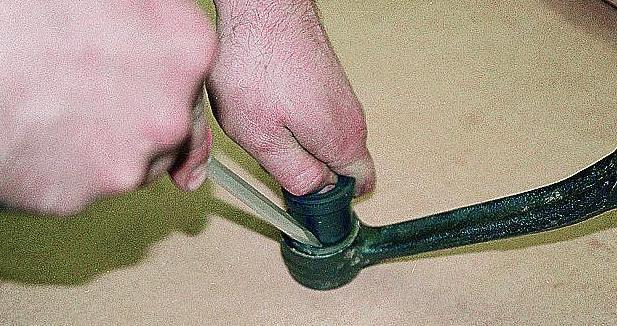 With a vise, through the mandrel, we squeeze the spacer sleeve out of the rubber bushing.

Then we squeeze the rubber bushing out of the lever in the same way.

Wet the new bushing with gasoline or WD-40 liquid and use a blunt flat screwdriver to fill its edge into the lever hole.

Having pressed by hand, we finally press the rubber bushing into the lever. 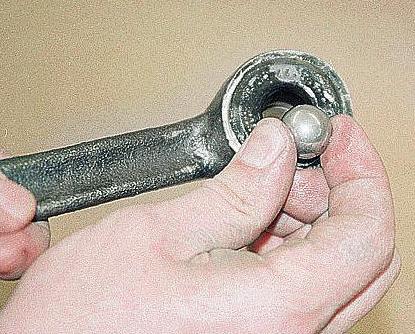 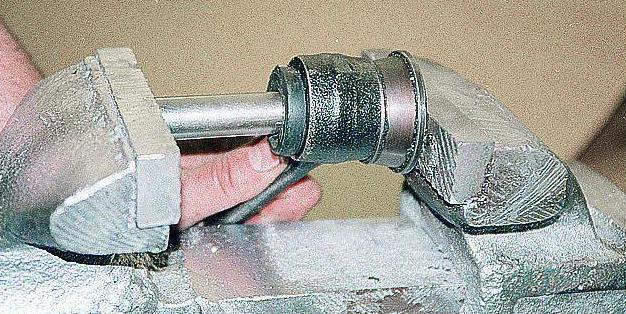 We also press in the spacer.

Further installation work should be carried out in the reverse order of disassembly.

It should be borne in mind that the final tightening of the threaded connections of the lever fastening is carried out only on the suspension, which is in a loaded state.

Replacing the rubber bushing of another lever on the same side of the suspension is carried out in the same way after installing the previous lever in place.

Check the setting of the angles of the front wheels. (GAZ-3110 camber)