It prevents earlier blocking of the rear wheels in relation to the front ones, which increases the directional stability of the car when braking.

By reacting through the load spring to the loading of the rear axle, it limits the fluid pressure in the rear brake circuit.

The regulator is not repairable - in case of failure it is replaced.

After replacing the adjuster or elements of the rear suspension, it is necessary to re-adjust the position of the load spring relative to the rear axle.

When properly adjusted, when braking on a level paved road, the front wheels should lock slightly before the front. 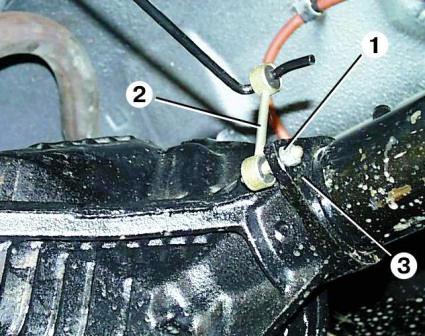 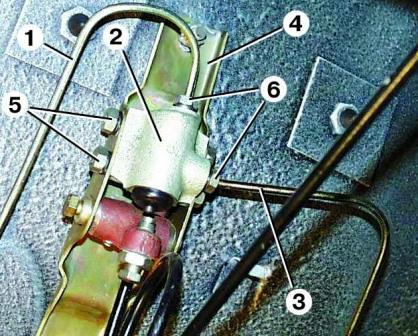 Unscrew the two fastening nuts 5 and remove the pressure regulator 2 from the bracket 4.

Install the pressure regulator in the reverse order of removal.

After installation, bleed the rear brake circuit and adjust the position of the pressure regulator loading spring. 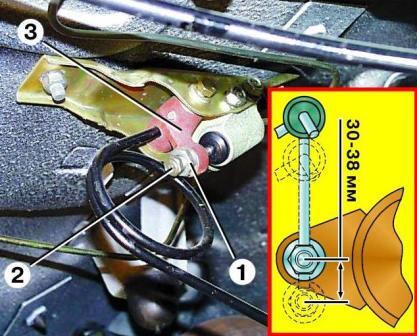 Tighten the lock nut 1 while holding the adjusting bolt 2.

3. Insert the rack axle into the bracket hole and tighten the fastening nut. 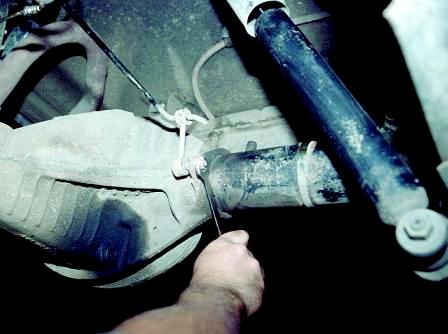 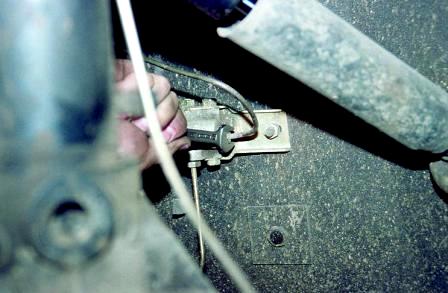 To prevent leakage of brake fluid at the ends of the tubes, we put on dirt caps from the bleeding valves. 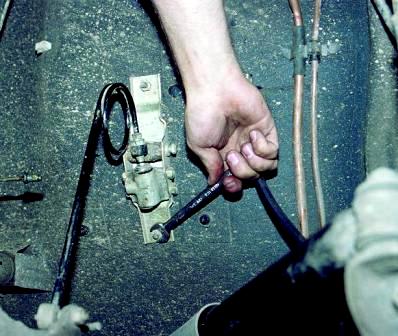 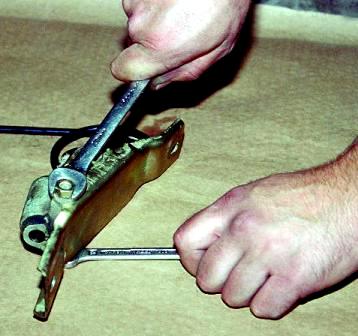 3. Using a 13 wrench, unscrew the two nuts securing the bracket to the floor and remove the pressure regulator assembly

4. Using keys 12 and 13, we unscrew the two bolts securing the regulator to the bracket 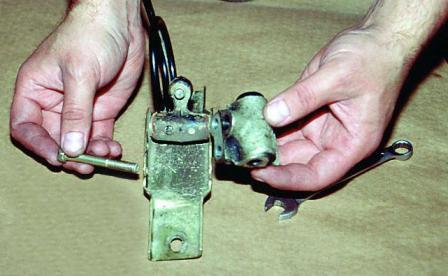 5. take out the regulator

Install the regulator in the reverse order

After installing it on the car, it is necessary to bleed the rear circuit of the brake system and adjust the position of the load spring.

We set up the pressure regulator by setting the car in running order, i.e. filled, with a set of tools and a spare wheel for the inspection ditch. 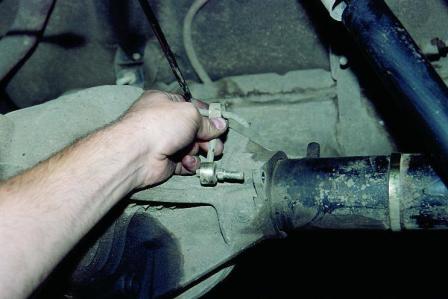 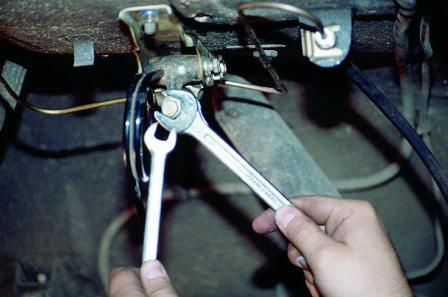 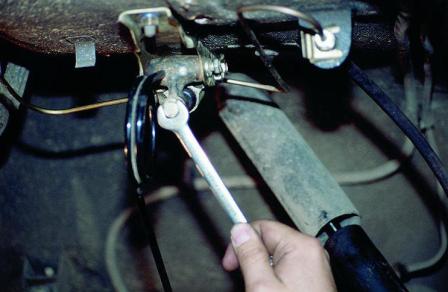 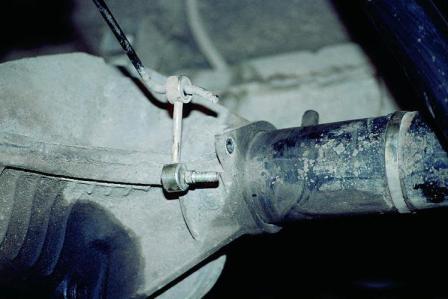 Turning the adjusting bolt with a 12 wrench and pressing the lever against the regulator piston, set the distance of 30–38 mm between the axis of the regulator post and the bracket hole

Holding the adjusting bolt with a 12 wrench, tighten the lock nut with a 17 wrench.

We fix the lower end of the regulator strut on the rear axle bracket.