Removing, installing and adjusting the sliding door of a Gazelle car

Removing the sliding door and disassembling the movement mechanism

We work with two or three people, as the door is heavy 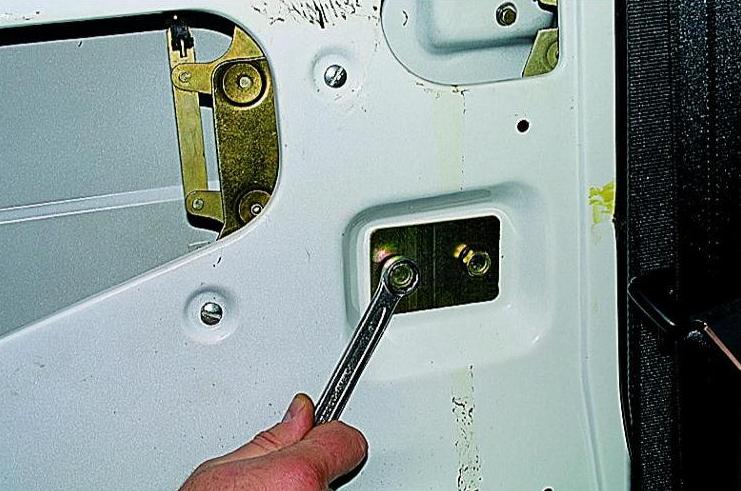 Using a key or a “14” head, unscrew the two bolts securing the middle guide door opening mechanism. Remove the bolts together with the plate.

Holding the door on the weight, we take out the middle door opening mechanism from it. 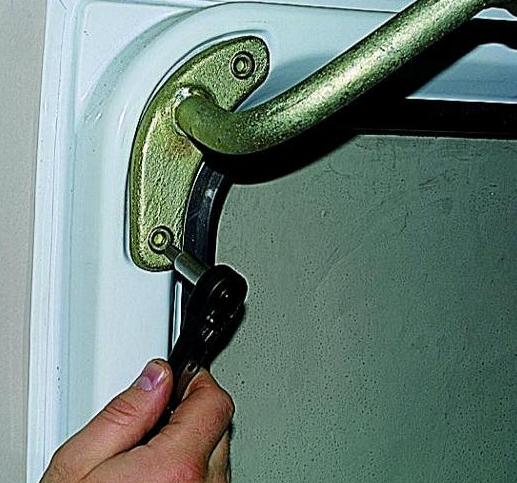 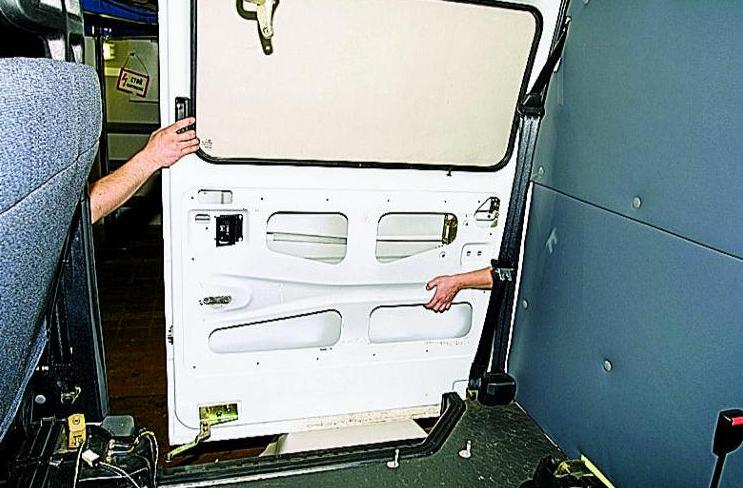 Using a 6" hex wrench, we unscrew the two bolts securing the door to the upper support.

Slightly lowering the door (by 2–3 cm), we remove the lever of the lower door opening mechanism from engagement with the lower guide 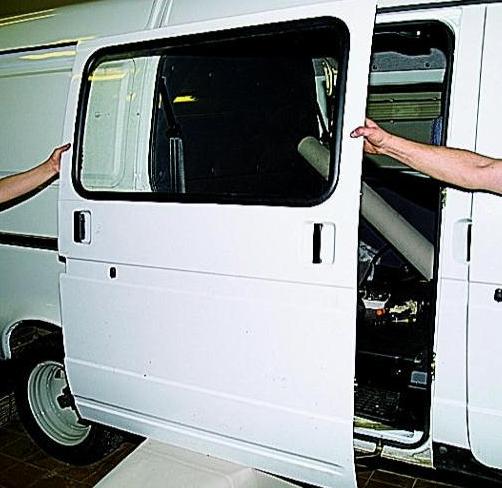 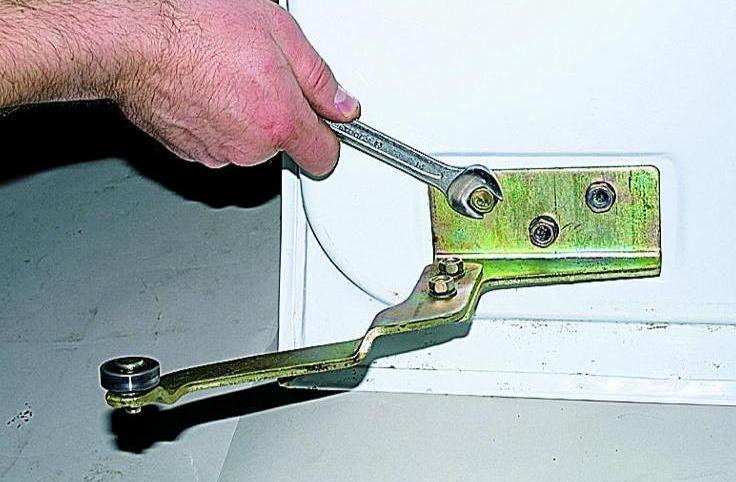 Using the “14” key, we unscrew the three bolts securing the lever

Remove the lever of the lower mechanism from the door.

Install the door in the following sequence.

First, we fix the upper support on the door.

Then we install the middle rail mechanism on the door.

We install the lever of the lower mechanism on the door, having previously brought the lever roller into engagement with the lower guide.

After installation, we adjust the position of the door. 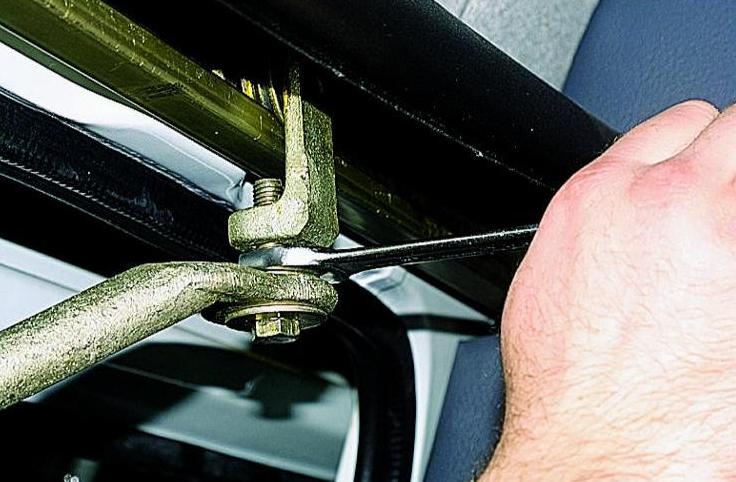 Weaken the locknut with the “17” key

By rotating the adjusting bolt of the upper support, with the “14” key, we raise or lower the front edge of the door, achieving a uniform gap between it and the middle pillar

Having set the door to the required position, tighten the locknut of the adjusting bolt. 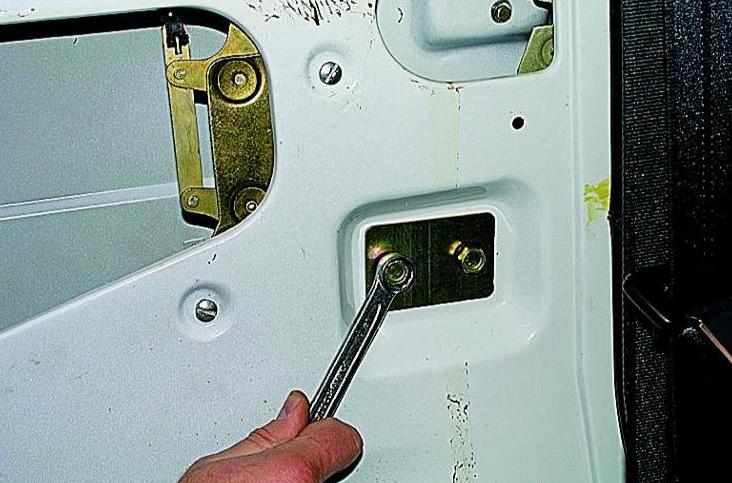 Remove the door upholstery (see the article - "How to remove the upholstery and the lock of a Gazelle car sliding door ").

Using the “14” key, loosening the two bolts securing the middle rail door opening mechanism, raise or lower the rear edge of the door, achieving a uniform gap between the door and the side of the body.

While holding the door in the required position, we tighten the bolts of the mechanism.

Adjusting the position of the door “in depth”

By loosening the locknut of the adjustinglta upper door support and moving the support within the adjustment slot, move the upper edge in the horizontal plane, and then tighten the lock nut.

Having loosened the two bolts of the lower lever with the roller with the “12” key and moving the lever within the slot, we adjust the position of the lower edge of the door in the horizontal plane, and then tighten the bolts.

If the described adjustments are not enough, we make additional adjustments. 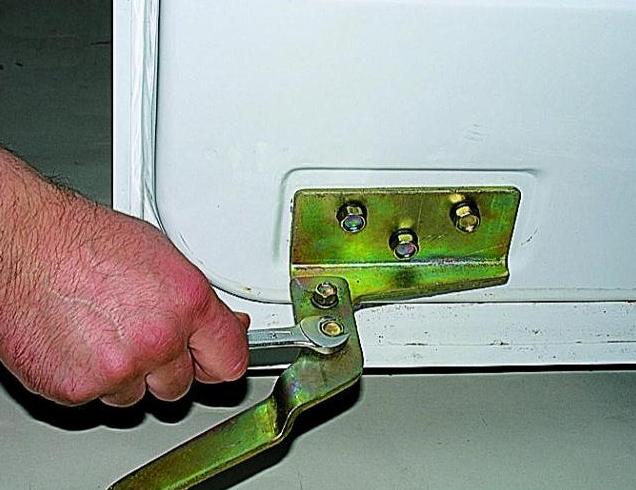 With the “14” key, loosening the three bolts securing the lower support to the door, move the support within the slots along the door, adjust the position of the lower edge of the door in the horizontal plane.