With an increased gap, a characteristic ringing sound appears.

With a small gap between the valves and rocker arms, the engine will seem to be “clamped”, or they also say “stupid”.

This will reduce its power and throttle response, increased wear of the valve mechanism. 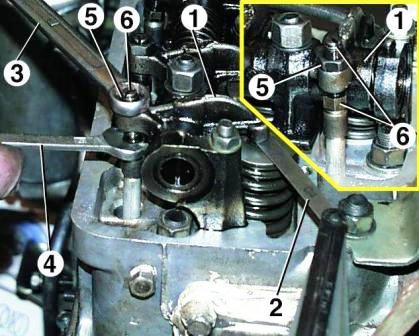 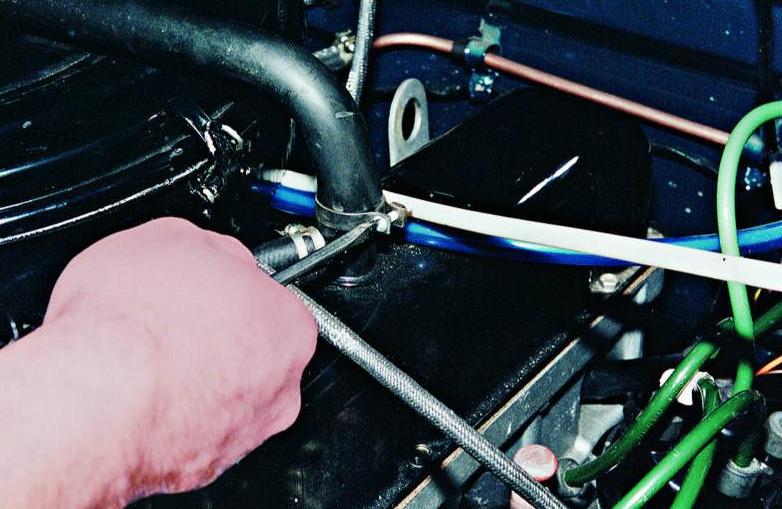 Adjustment is carried out on a cold engine.

Remove the carburetor air filter housing for this:

Loosen the clamp with a screwdriver and remove the crankcase exhaust hose. 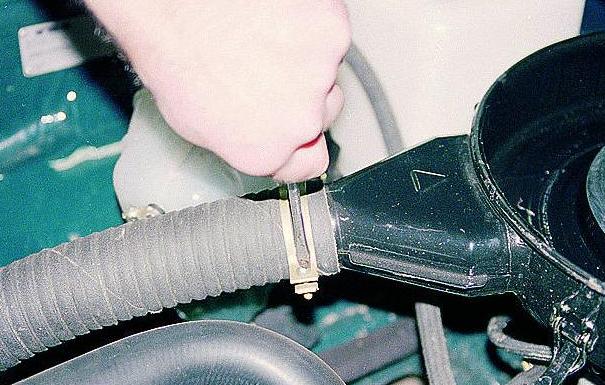 We “snap off” five clips, and remove the cover of the air filter housing, take out the filter element.

Loosen the clamp with a screwdriver and remove the corrugated air intake hose. 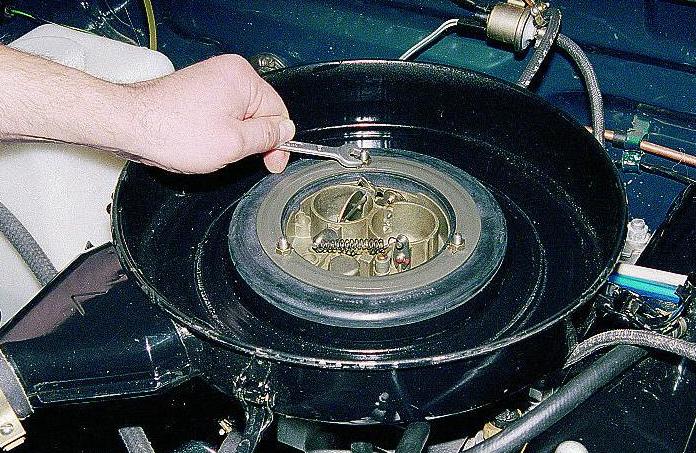 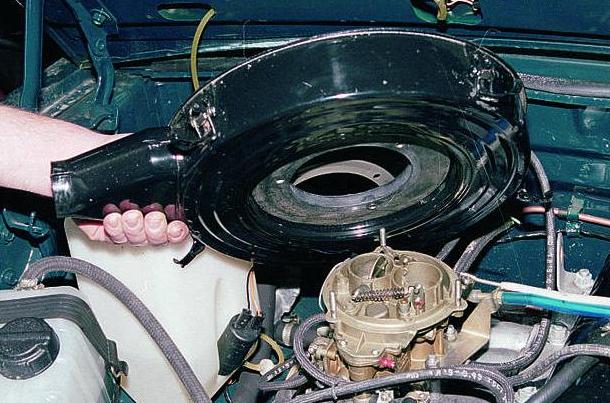 With a screwdriver, we bend the antennae of the lock washers, and with a 10 key we unscrew the three nuts 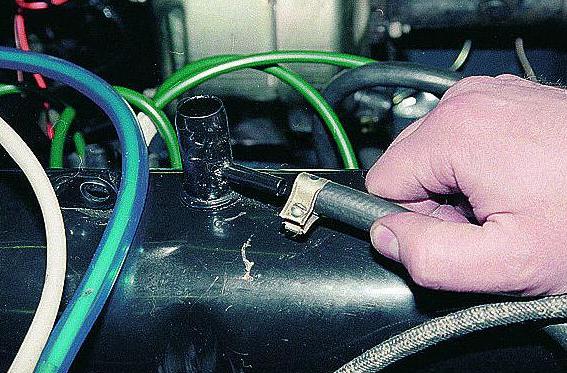 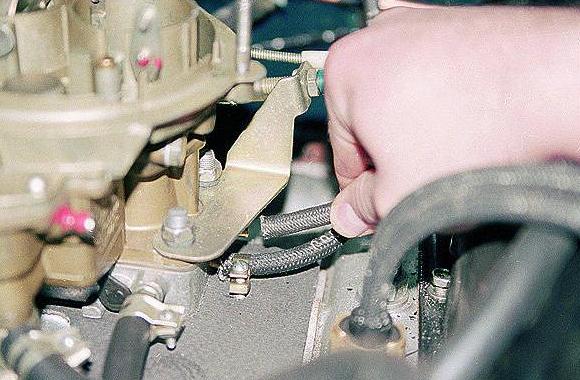 Disconnect the vacuum regulator hose of the ignition distributor sensor 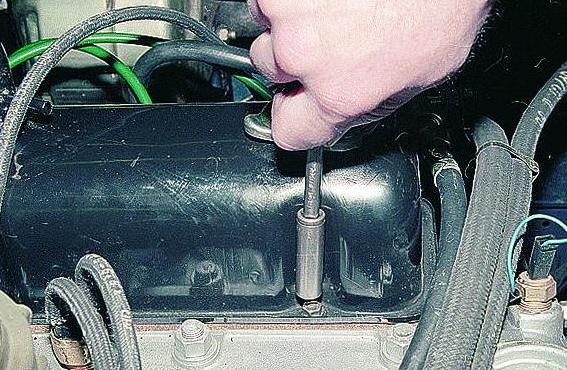 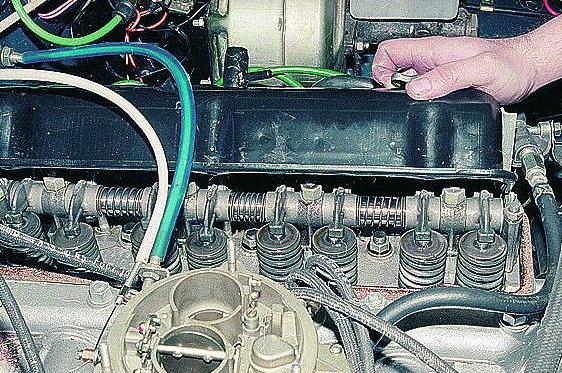 Using a 10 socket wrench, we unscrew the six bolts of the block head cover 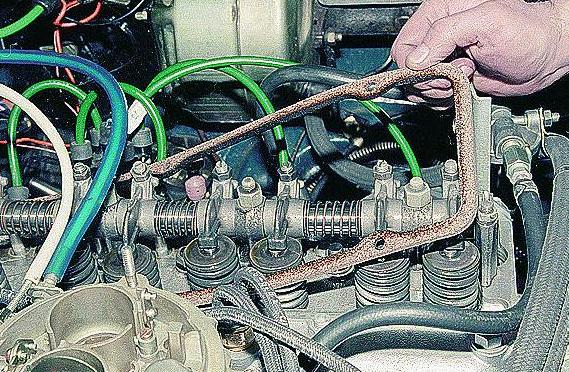 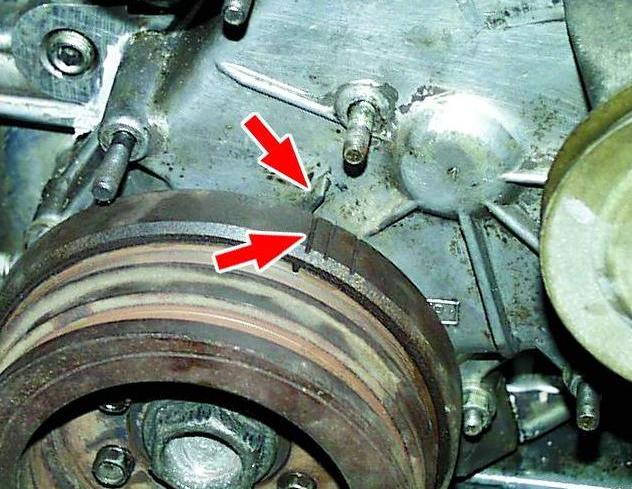 Set the piston of the first cylinder to TDC. To do this, turn the crankshaft so that the third mark on the pulley is aligned with the boss on the cover of the timing sprockets.

After that, remove the distributor cap and check that the slider is in the contact position of the 1st cylinder.

If not, rotate the crankshaft one revolution. Both valves of the first cylinder must be closed. Rocker arms sway freely. 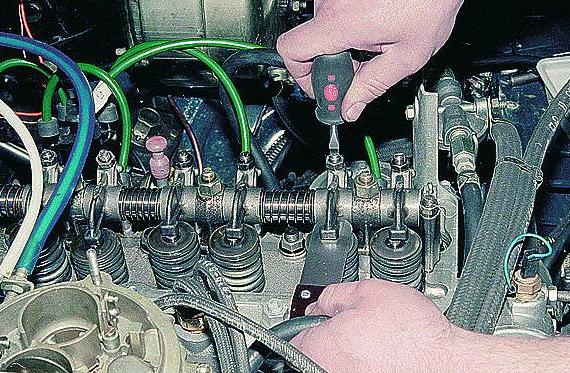 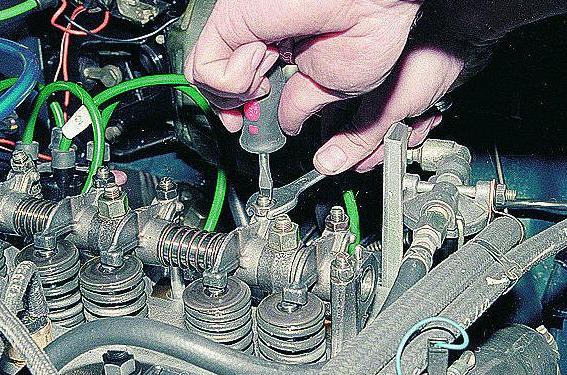 Insert a probe between the valve stem and the rocker.

We turn the adjusting screw until the probe moves in the gap with little effort.

After setting the gap, hold the adjusting screw and tighten the lock nut and check the gap again. We adjust the clearances of both valves of the first cylinder.

Then with a special key behind the ratchet:

Turn the crankshaft half a turn (180°) and adjust the clearances in the valve drive of the 2nd cylinder.

Turn the crankshaft another half turn (180°) and adjust the clearances in the valve drive of the 4th cylinder.

Turn the crankshaft another half turn (180°) and adjust the clearances in the valve drive of the 3rd cylinder.

The value of the gaps in the valve drive:

After adjusting the valves, you need to start the engine and after warming up, make a test drive.

Check engine operation in all modes. In case of unsatisfactory operation of the valve mechanism, repeat the clearance check.