The valves are driven from the camshaft through tappets, pushrods and rocker arms (Fig. 1)

The bearing journals of the shaft in the cylinder block on plain bearings are steel bushings filled with an anti-friction alloy (no bushings are installed on model 4178 engines from December 1995 and model 4218). 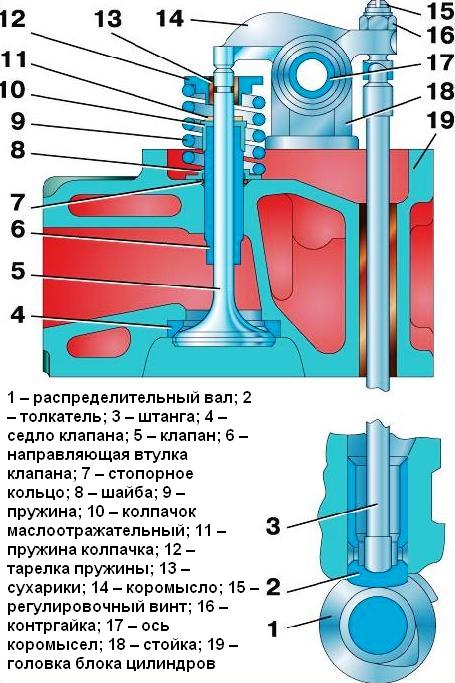 Both gears have two threaded holes for the puller. 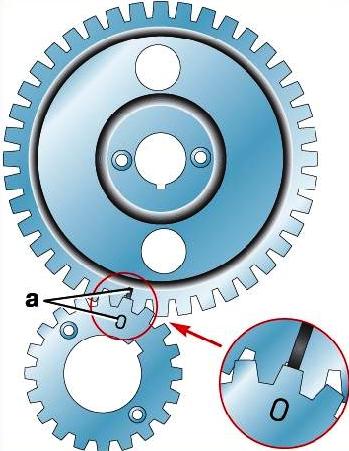 The correct distribution phases are ensured by setting the gears according to the marks (Fig. 2).

The “O” mark on the crankshaft gear should be against the risk at the tooth cavity on the camshaft gear. 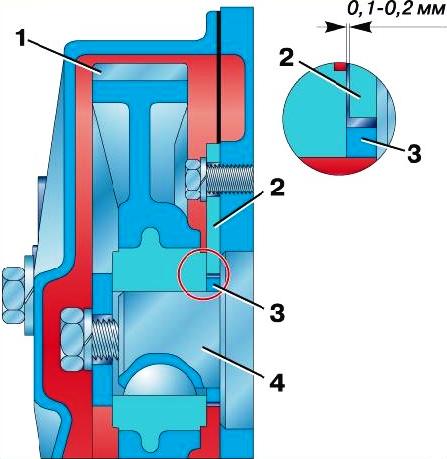