The exhaust system consists of an exhaust manifold, exhaust pipes connected by a gas receiver, a resonator, an intermediate pipe, a silencer and an exhaust pipe 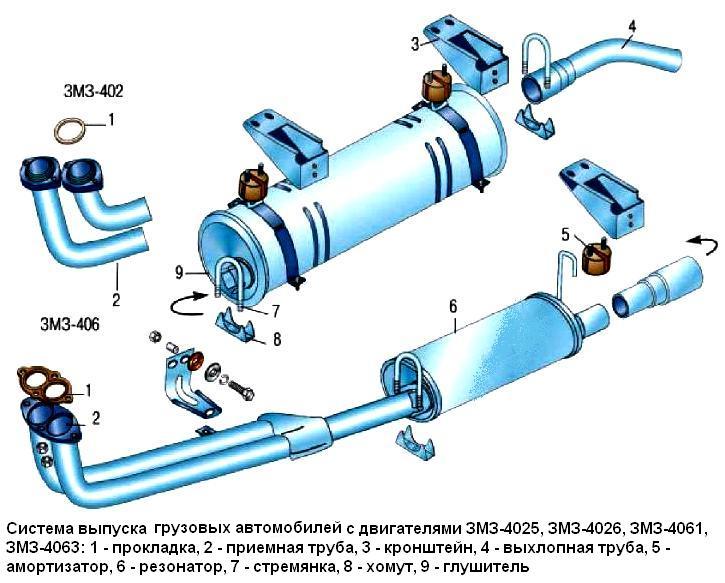 The silencer and the resonator are of a non-separable design, attached to the frame using brackets on rubber shock absorbers.

The exhaust systems of cars with engines ZMZ-406, UMZ-4215 and ZMZ-402 differ only in the design of the exhaust pipes, the gaskets between them and the exhaust manifold. 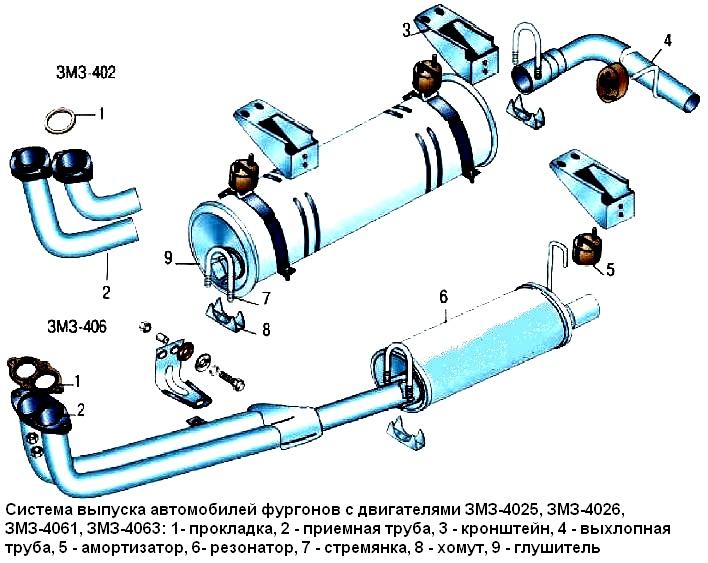 The ends of the pipes and pipes of the muffler and resonator are inserted into each other. Their connections are tightened with clamps and ladders.

On vans and buses, the exhaust pipe is located on the left side to exclude the possibility of exhaust gases entering the passenger compartment through the side door of the body.

In this case, the intermediate pipe is bent in the form of the letter "S". Other cars have this pipe straight.

The silencer and resonator are completely replaced in case of failure.

Checking and maintaining the system consists of periodically inspecting pipes and mufflers and tightening their fasteners.

Gas breakthrough can be judged by the increased sound of the exhaust and traces of soot on the outer surface of pipes and mufflers. 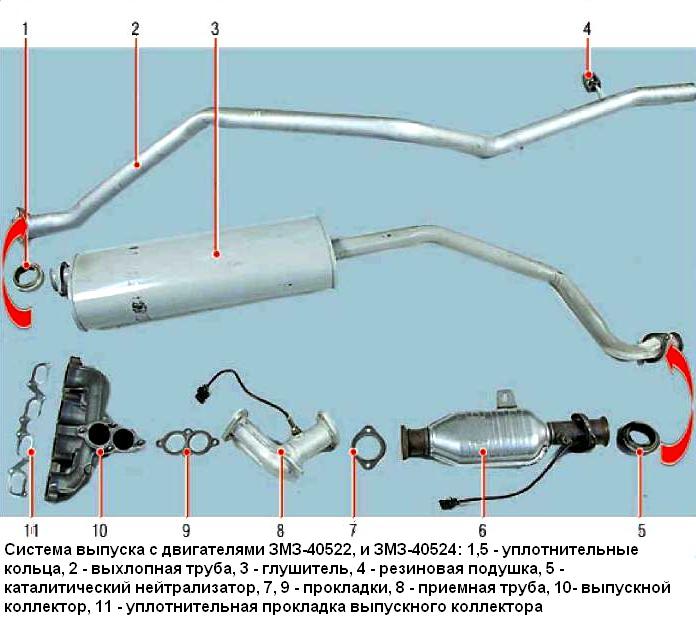