Scheme is divided into two parts for better viewing

The electrical equipment of the Gazelle car is made according to a single-wire circuit: the negative terminals of the sources and consumers of electricity are connected to the "ground" - the body and other units of the car, which act as a second wire. 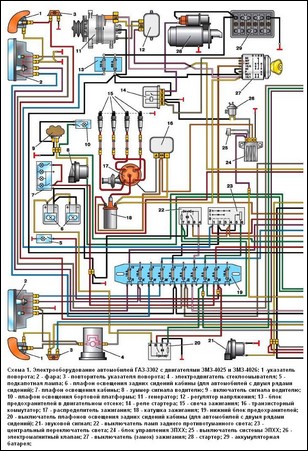 On-board network - direct current, with a nominal voltage of 12 V.

To switch the main circuits of the car, a combined ignition switch is used, consisting of a contact part and a mechanical anti-theft device with a lock. 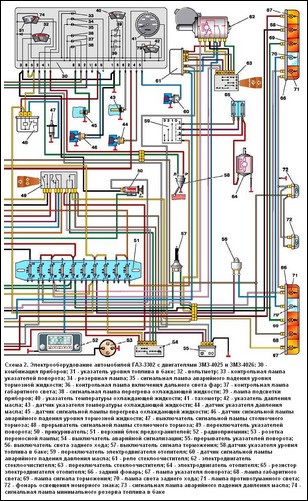 When the engine is not running, all consumers are powered by the battery through a remote-controlled switch, and after the engine is started, from an alternator with a built-in voltage regulator.

When the generator is running, the battery is charged.