The rear suspension of three-axle vehicles is balanced on two springs.

With such a suspension, the intermediate and rear axles oscillate relative to the axis of the balancer

In this case, the springs perceive only the gravity of the car, other forces and moments are transmitted by pushing and jet rods. 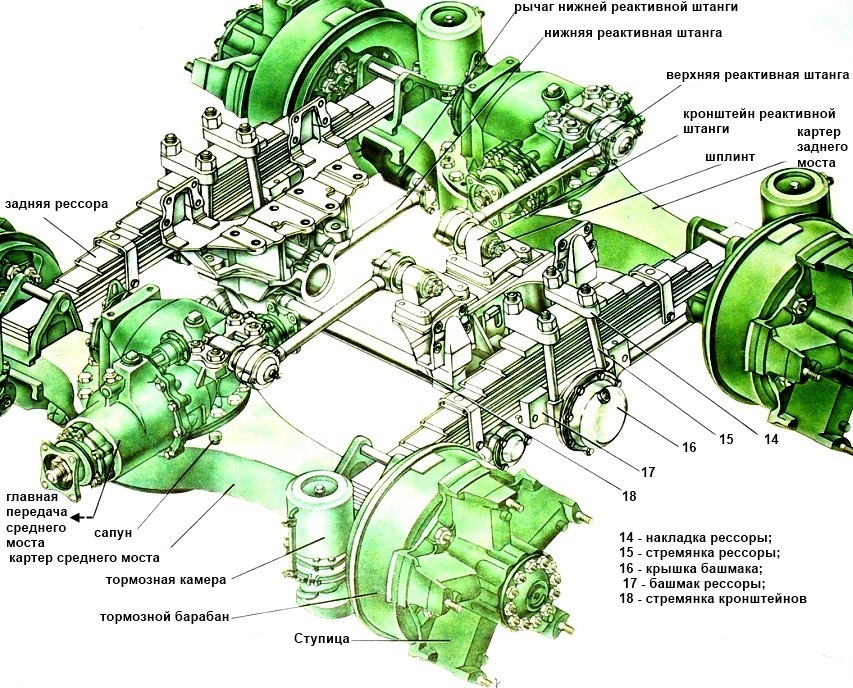 The balancing suspension of the intermediate and rear axles of the KamAZ-5320 is shown in Fig. 1 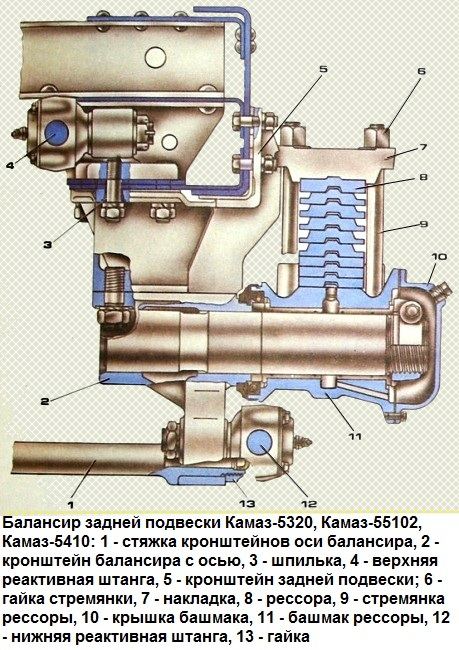 On the brackets attached to the frame side members, the brackets of the balancing device are fixed with studs and nuts, into which the axle is pressed.

A shoe can be rotated on the axis in two bronze bushings, which is kept from axial displacement by a split nut tightened with a bolt.

The middle of an inverted semi-elliptical spring is attached to the shoe with stepladders with an overlay.

The ends of the springs are mounted on supports.

When the springs sag, their ends slide in the supports.

When the axles move down, the springs are held in place with fingers.

Pushing forces and reaction moments are transmitted to the frame by six reaction rods. Hinges jet rods are self-clamping.

The ball pins of the hinges are placed between the spherical bushings 5 ​​and 7. To seal the hinge from lubricant leakage and dirt ingress, a mechanical seal 8 is installed

According to the distance between the centers of the holes of the tips, jet rods are divided into four selective groups. Rods of adjacent groups may differ in length by 0.6...1.2 mm.

The lower suspension arms have one group, because with an unfavorable combination of sizes, it is possible to install the intermediate and rear axles at an angle to each other, which increases fuel consumption and causes increased tire wear.

The installation of the upper suspension rods in groups is not regulated. The group marking is applied on the head of the rod tip and closed with a hinge seal.

The suspension evenly distributes the loads between the intermediate and rear axles, and they can move up and down independently of one another as a result of the shoe rotation.

The possibility of relative angular transverse distortions of bridges when the car is moving on uneven roads is due to the sliding of the ends of the springs in the supports. 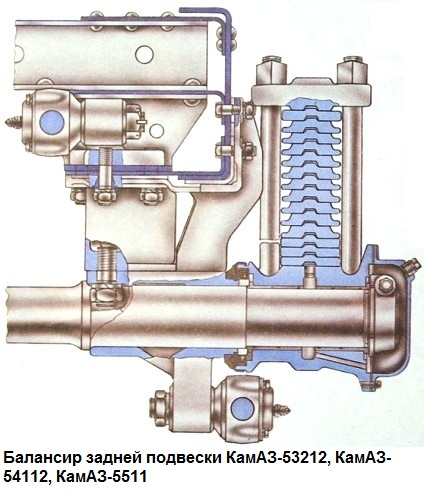 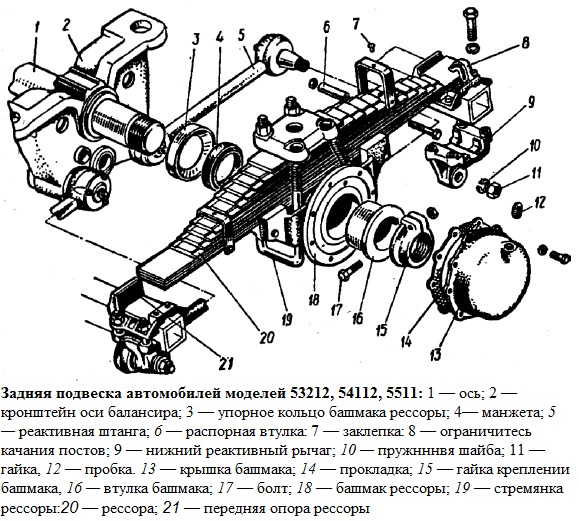 The springs of this suspension are reinforced and consist of 14 sheets instead of 9.

The first, second, third and last sheets of this spring are rectangular, the remaining sheets are T-shaped.

Reinforced stepladders 2 are used to mount the spring on the shoe.

On KamAZ-4310 vehicles, the nuts of the rear spring ladders are locked against self-loosening by locknuts.