Fill the hydraulic actuator with fluid and bleed it to remove air in the following order: 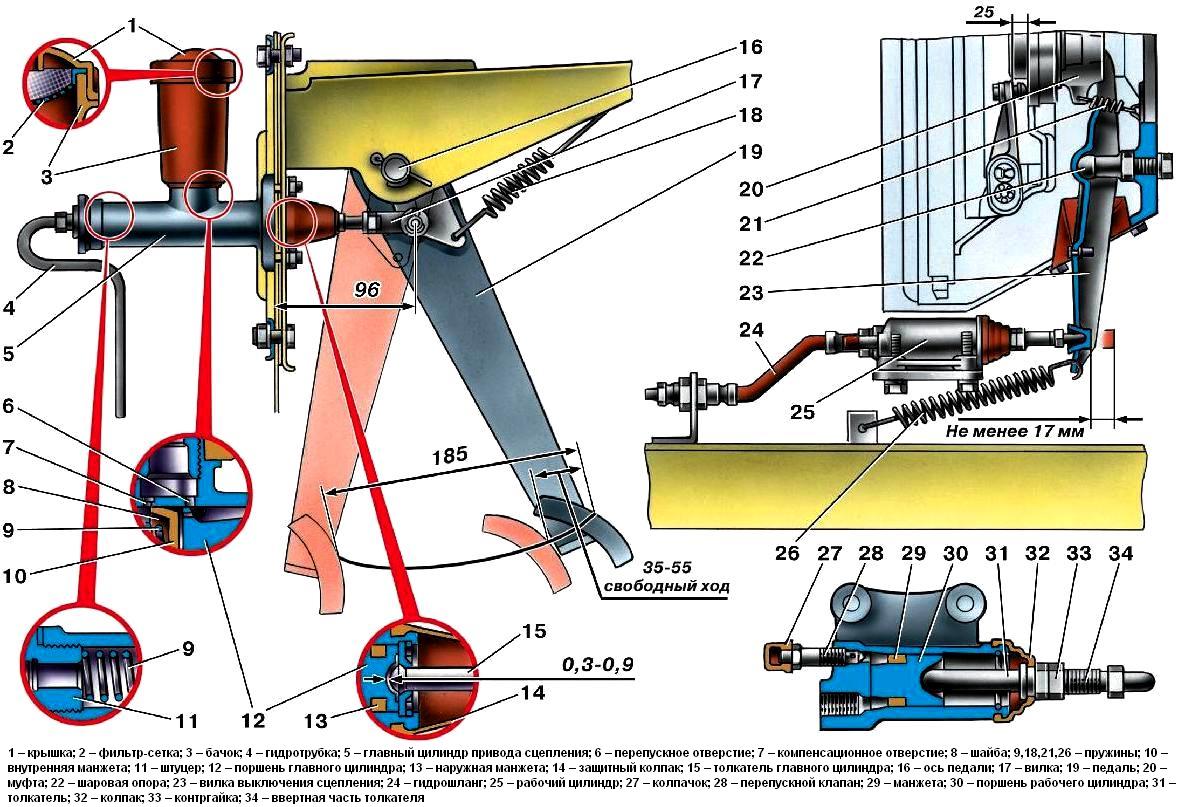 Liquid with air bubbles will exit into the vessel;

It is impossible to add liquid released during pumping into the tank, as it contains air.

This liquid can only be used after it has been settled for a day and filtered.

The full stroke must be at least 17 mm.

A lower full travel will not fully disengage the clutch and will indicate air in the hydraulic actuator or insufficient clutch release pedal travel.