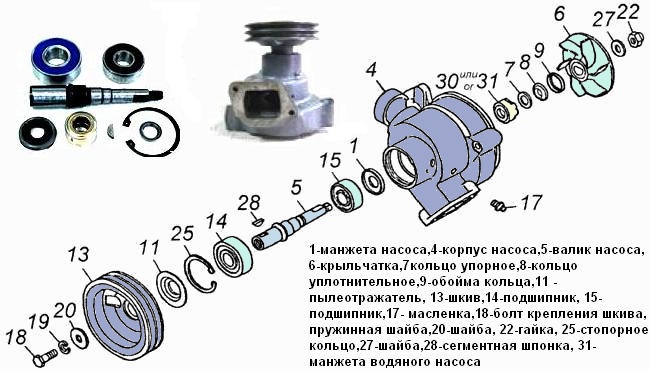 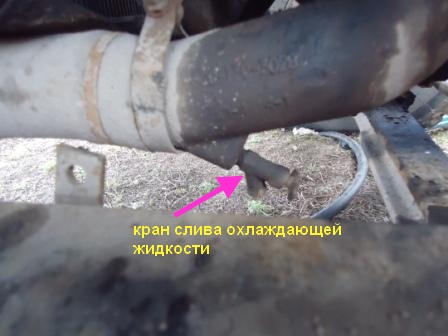 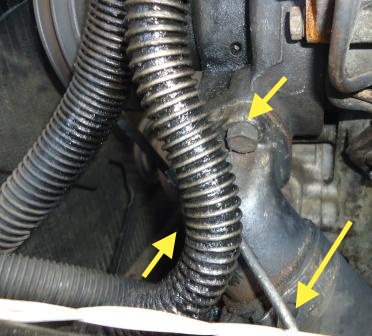 You can unscrew the pump nozzle 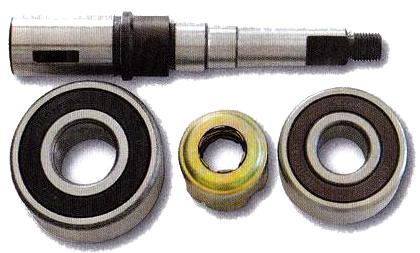 After assembly, we press Litol 24 through a grease bottle. We replace the sealing rings and gasket.

When installing the pipes, lubricate the O-rings with Litol.

Spare parts are supplied as a complete roller with bearings and cuffs, or separately.

To replace the stuffing box, the water pump is disassembled in the following sequence: the lock washer is bent and the cap nut is unscrewed, while keeping the roller from turning. 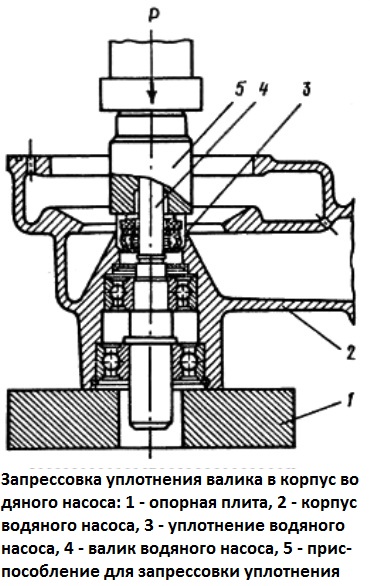 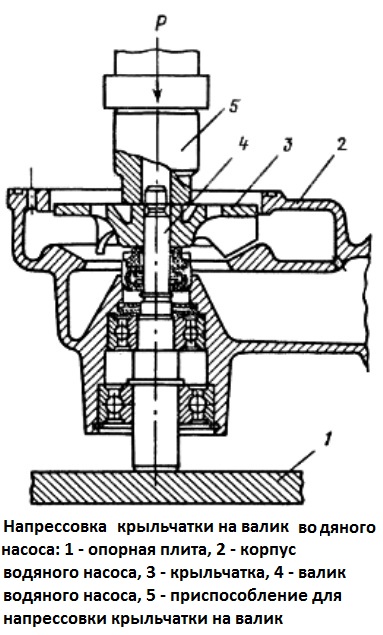 After that, the following are removed in succession: using the I-81.33.000 puller, the impeller with the stuffing box, sealing and thrust rings; puller I-81.40.000 removes the pulley, knocks out the key, removes the dust deflector, the retaining ring and presses out the roller assembly with ball bearings.

The seal is then removed from the pump housing. The defective seal is replaced with a new one.

The water pump is assembled as follows.

The roller assembly with bearings is installed in the housing.

A retaining ring, a dust deflector, a key are installed on the second end of the roller and a pulley is pressed in.

After assembly, the cavity of the ball bearings is filled with Litol-24 grease.

During operation, the lubricant is replenished at each TO-2.