Over time, during operation, the gasket under the engine head cover loses its elasticity and strength and oil leaks from under the cover

You can try tightening the cover bolts.

If the oil leak from under the cylinder head cover could not be eliminated by tightening the cover bolts, replace its gasket.

You will need: a 12 wrench, a screwdriver. 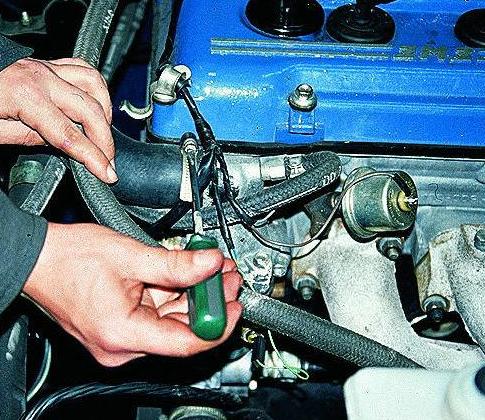 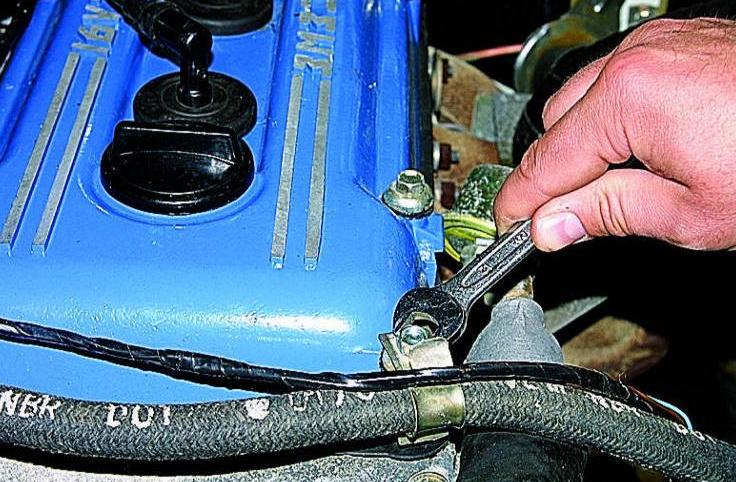 Loosen the inlet hose clamp and move it aside. 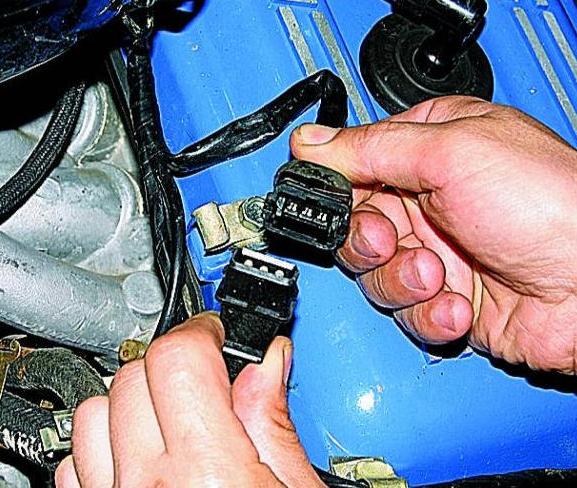 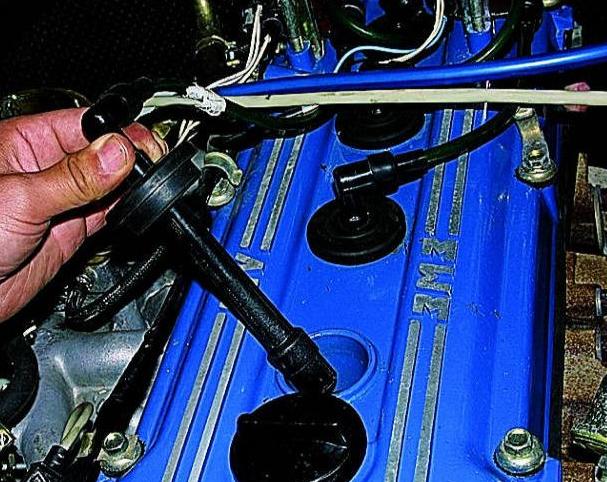 Remove the crankshaft position sensor harness from the holder.

Remove the high voltage wire ends from the spark plugs.

Note. If the replacement of high-voltage wires is not expected, the tips can not be removed from the wells of the cover 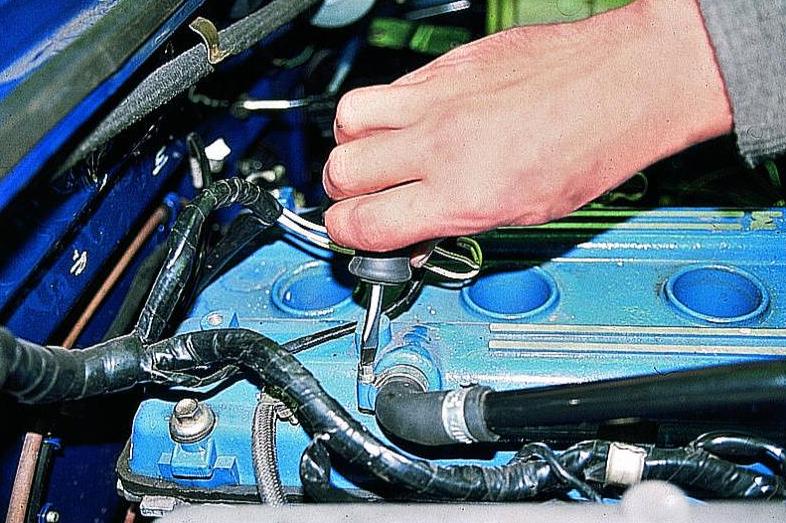 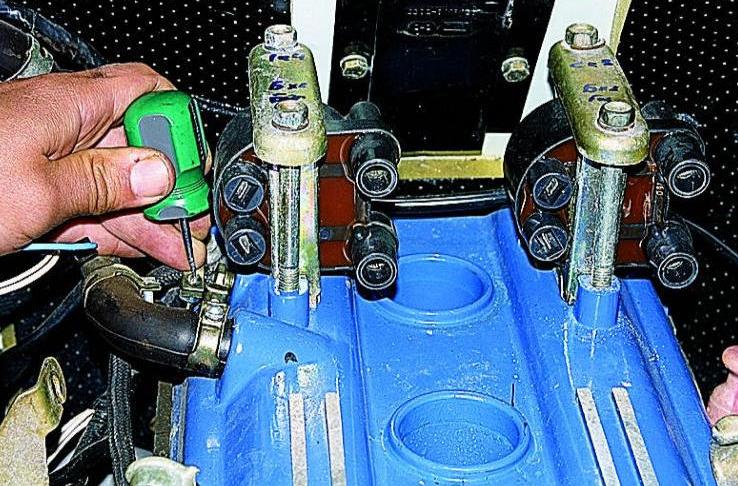 Loosen the ventilation hose clamp and remove the hose

Loosen the suction hose clamp and remove the hose. 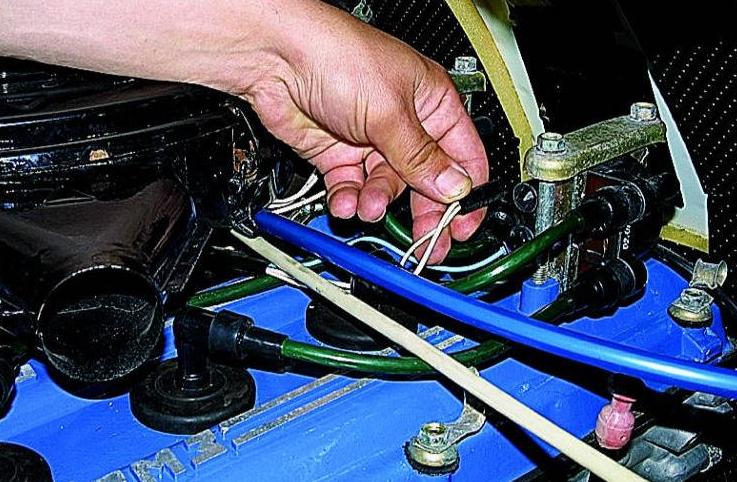 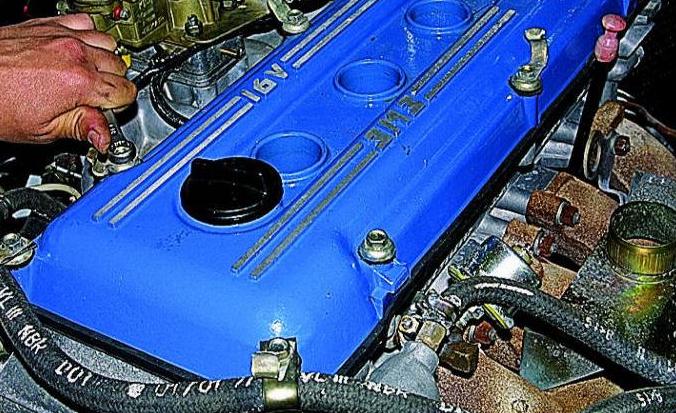 Remove the bolts securing the head cover and remove the cover along with the gasket, high-voltage wires and ignition coils. 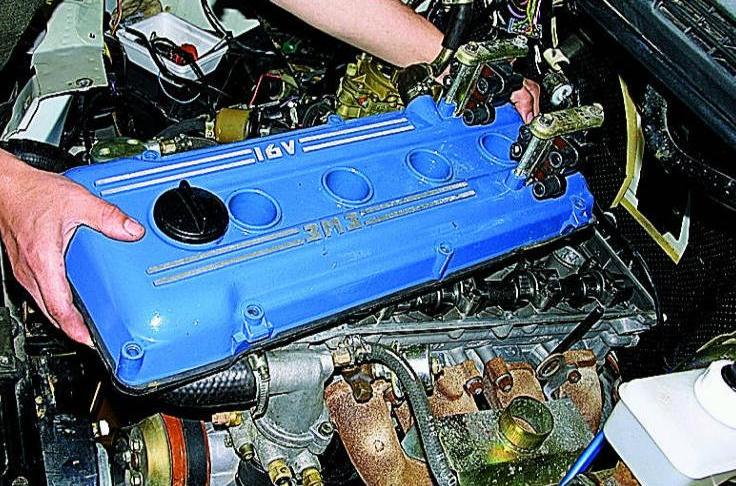 If you removed the cylinder head cover, then you need to flush the oil deflector from deposits 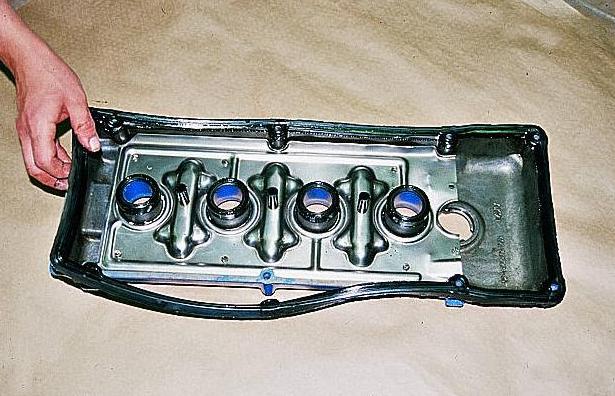 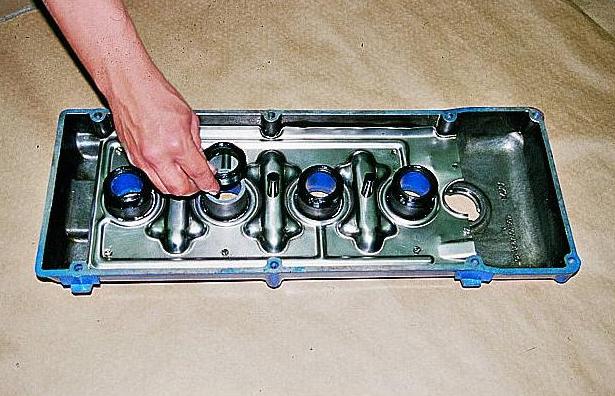 Remove the gaskets for sealing the candle channels. 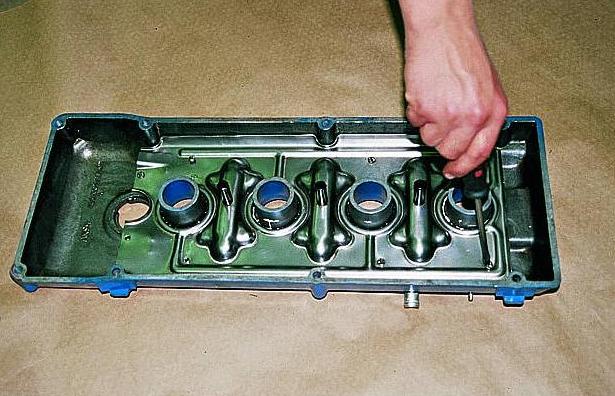 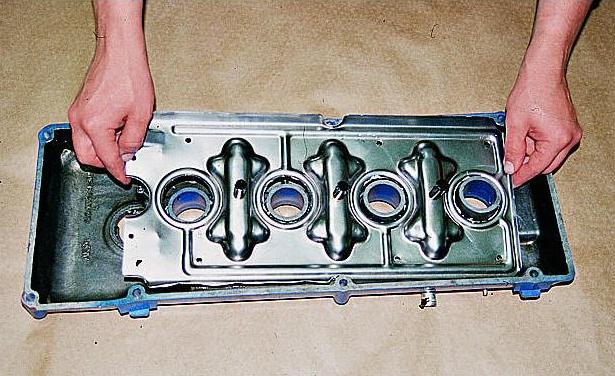 We unscrew six screws with a screwdriver and, prying with the same screwdriver, remove the oil deflector.

After washing all the parts in kerosene, wipe dry.

We degrease the mating surfaces of the oil deflector and valve covers, as well as the screws. 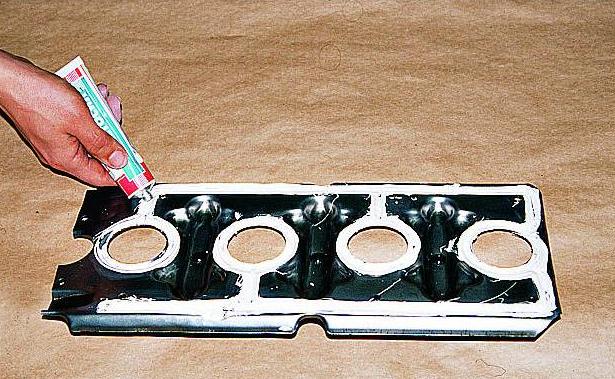 We apply glue-sealant to the oil deflector and, after setting it in place, press it tightly.

Assemble all the parts in reverse order.

We install a new gasket on the cover and connect all the hoses and wires.