The hood is removed when dismantling the engine, removing the cylinder head and other types of work

Before removing the hood, and in general when carrying out repair work, it is always advisable to remove the minus terminal from the battery.

Removing the hood lock and its drive 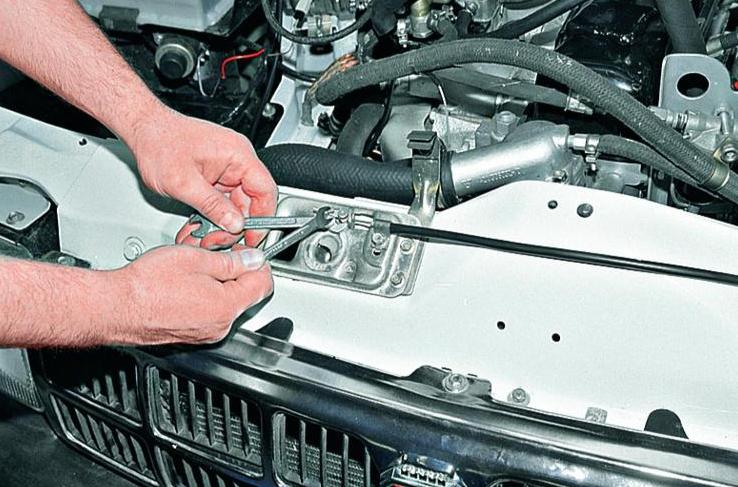 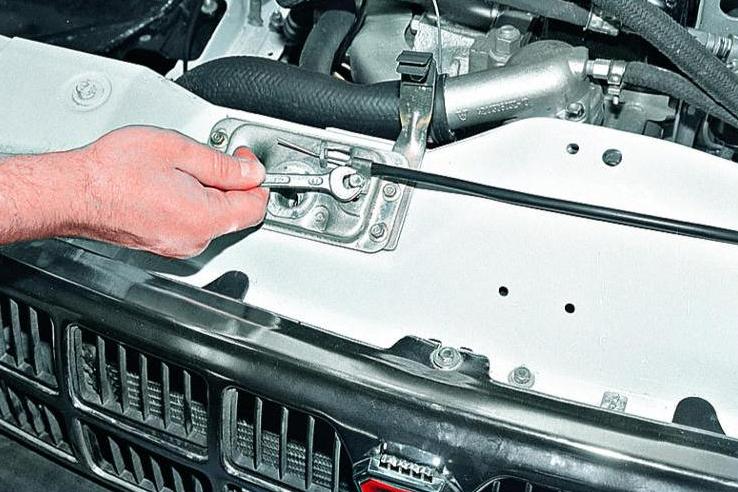 With two keys "on 8" we disconnect the fastening of the drive rod of the hood lock.

Using the “10” key, we unscrew the bolt securing the thrust shell. 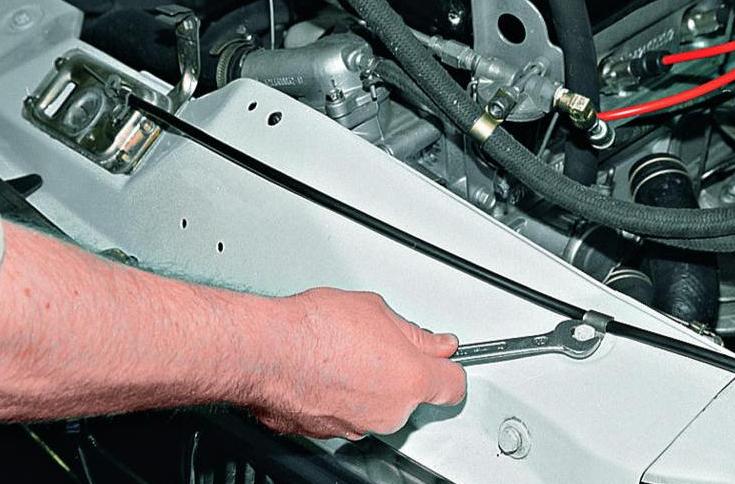 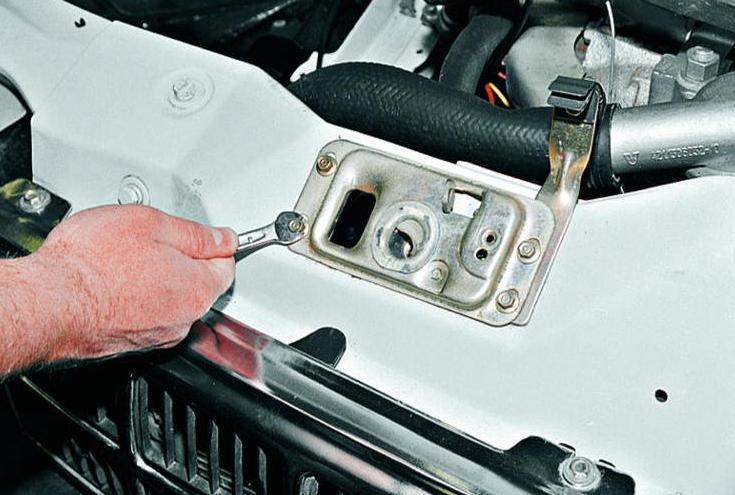 Using the “12” key, we loosen the tightening bolt of the thrust sheath and remove the thrust from the upper panel of the radiator lining.

Using the “8” key, we unscrew the four bolts securing the lock to the cladding panel 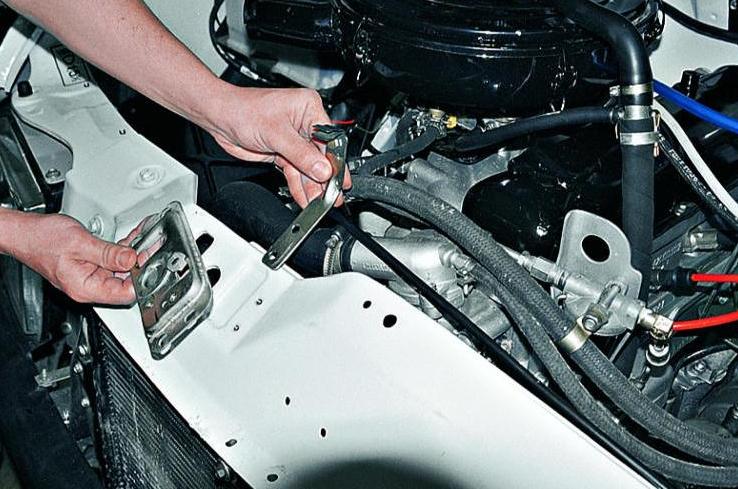 We remove the lock and stop with a clamp

Using the “10” key, unscrew the two bolts securing the safety hook to the hood 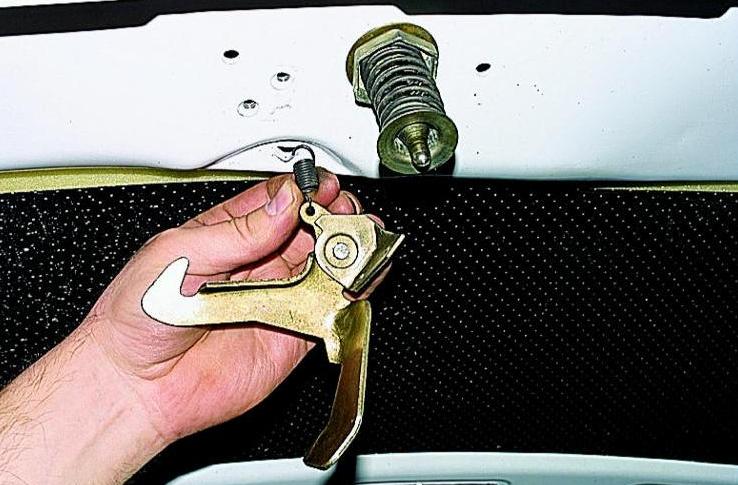 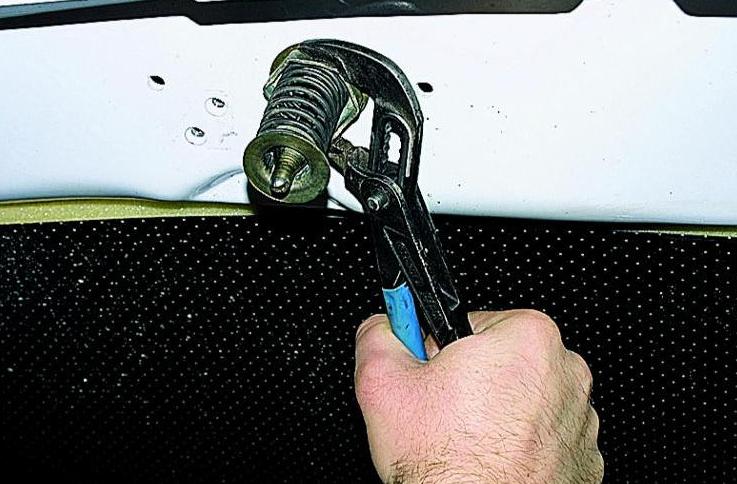 Remove the safety hook together with the spring.

Using sliding pliers or a “36” wrench, unscrew the pin nut 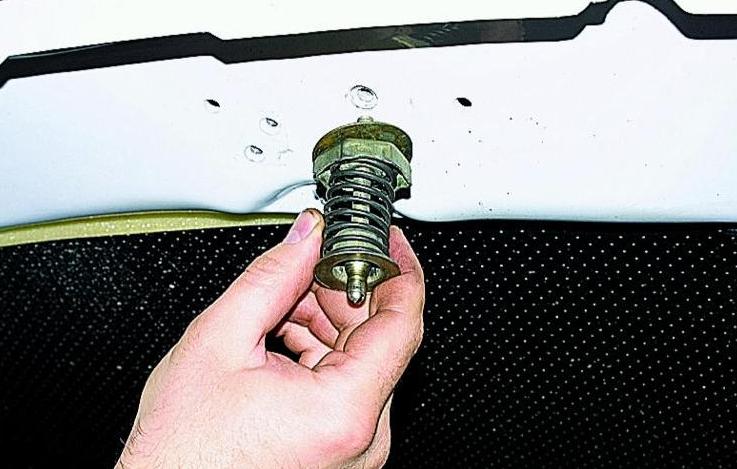 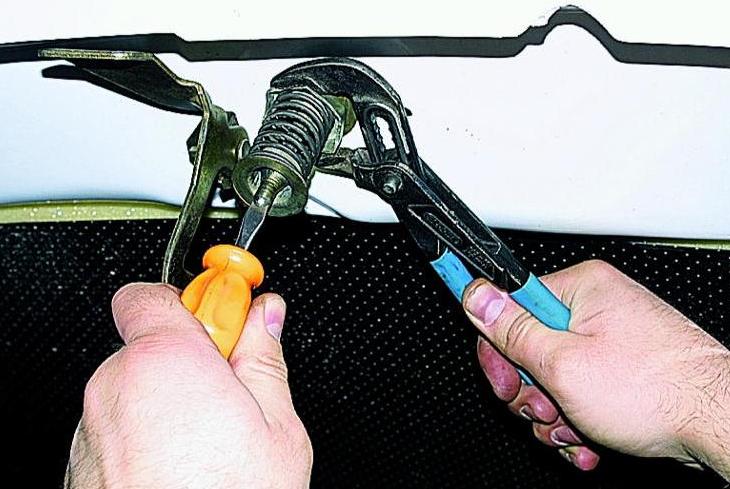 Remove the pin together with the spring and washer.

Having installed the parts in the reverse order, we adjust the lock, for which:

- Having loosened the pin nut, we wrap or unscrew the pin with a slotted screwdriver, achieving a snug fit of the hood in the closed position, a clear operation of the lock and the absence of backlash.

Then we tighten the pin nut, holding it with a screwdriver from turning.

We work together with an assistant.

We open the hood. 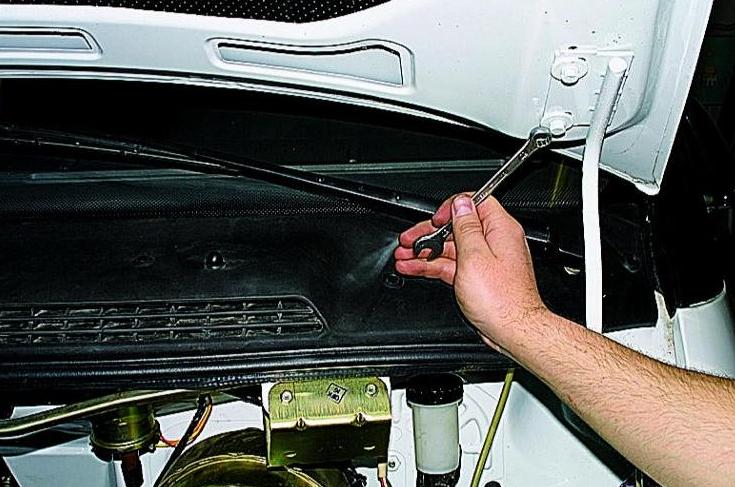 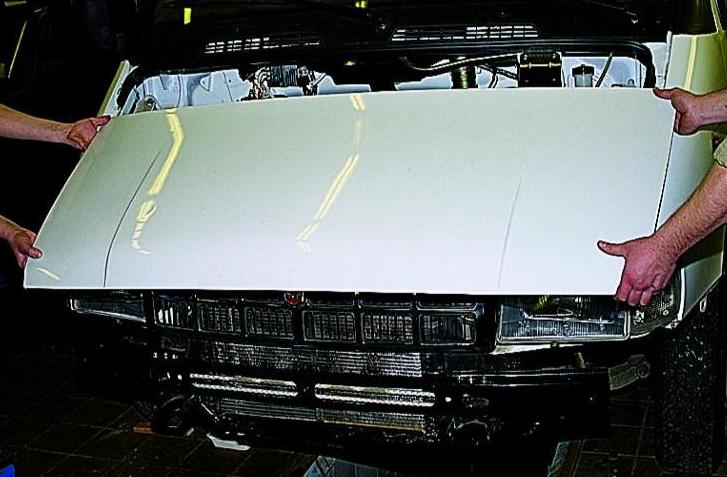 Holding the hood, use the “12” key to unscrew the four bolts securing the hood to the hinges.

Spring and regular washers are installed under the bolt heads.

We install the hood, combining the hinges with traces of them on the hood.

If the hood is new, then after installation it is necessary to adjust its position in the opening.

To do this, loosen the bolts securing the hood to the hinges, lower it and set uniform gaps.

Carefully lifting the hood, tighten the bolts, after which we check the correctness of its position in the opening.

We carry out the adjustment with the hood lock removed.

When opening the hood, it must not touch the lining of the outer front panel. If necessary, you can change the position of the hood. 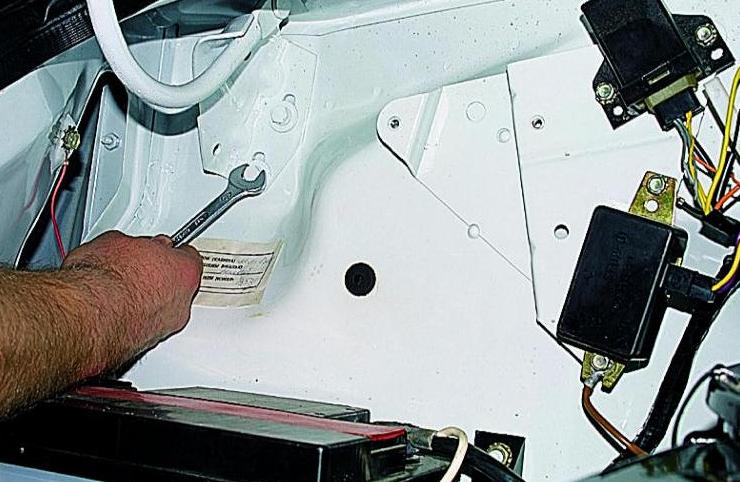 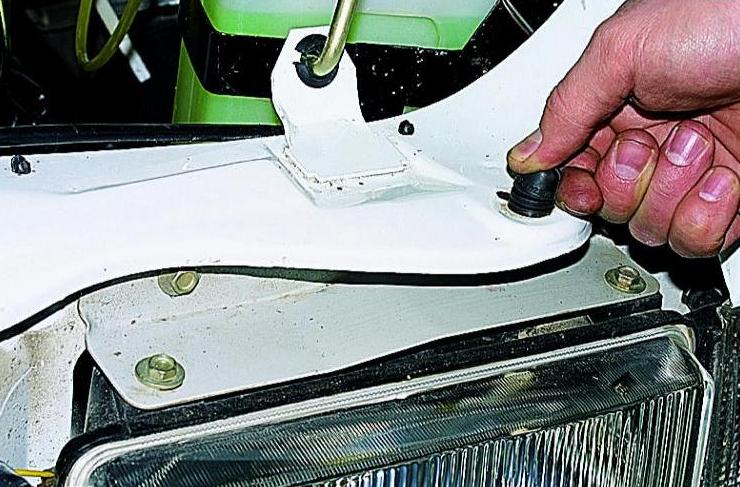 To do this, by loosening the bolts of the hood hinges to the body with the “12” key, we move the hinges within the slots.

This lowers or raises the rear edge of the hood.

The position of the leading edge is adjustable with two threaded rubber stops on the front panel.

After installing the hood, we adjust its lock